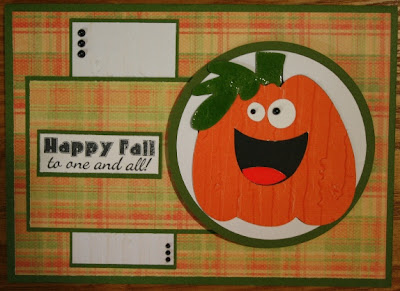 This is a cute little 5 1/2"x4 1/4" card. I used some olive cardstock for the card base. I cut some orange/green/red plaid paper 1/4" smaller. The plaid paper is from the Indian Summer Stack by DCWV. I cut two strips of olive cardstock, one at 1 3/4"x4" and one at 2 1/2"x4." I then cut some white cardstock 1/8" smaller and embossed it with the Distress Stripes emobssing folder. The larger rectangle is layered with some more plaid paper, also cut 1/8" smaller than the olive cardstock. I used George and Basic Shapes to cut the two circles, one at 3 1/4" and one at 3." The pumpkin is cut from Smiley Cards. I used the Distress Stripes folder on him as well. I also added black pearls for his eyes, glossy accents on his tongue and crackle accents for the stem. The senitment is from Scrappy Moms Stamps. I stamped it on white cardstock, then matted it with some olive cardstock. The circles are pop-dotted to the card base. 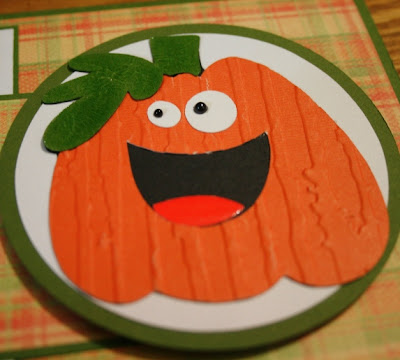 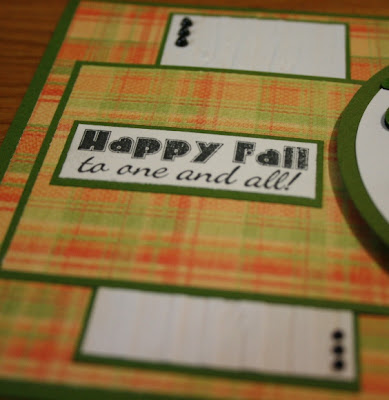