May the Force Be With You

In honor of May the 4th, I decided to do some Star Wars crafts.  I know that I am eking it out a bit on timing, but I had to do some studying this morning and only got to crafting in the afternoon.  And the t-shirt took a while to dry. 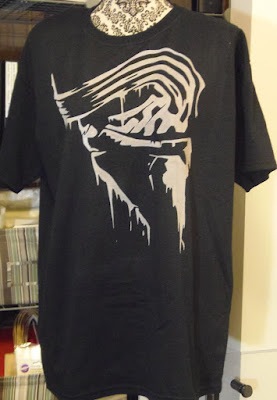 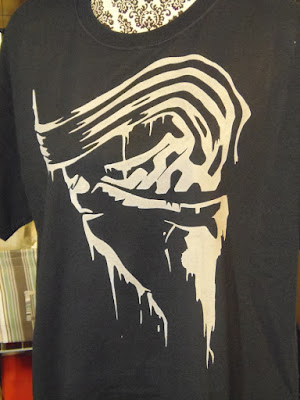 I found a super cool image of Kylo Ren from a side view and turned it into a cut file.  I then cut it out at about 14" tall from freezer paper.  I used that as a stencil and ironed it on to a black t-shirt.  I then used grey fabric paint to paint the shirt.  It looks more white in the photo, but the light wasn't great. 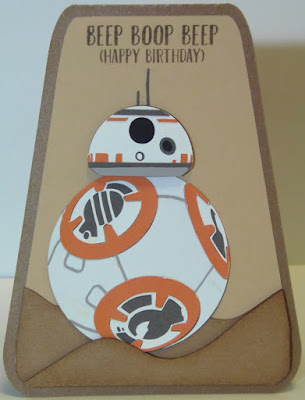 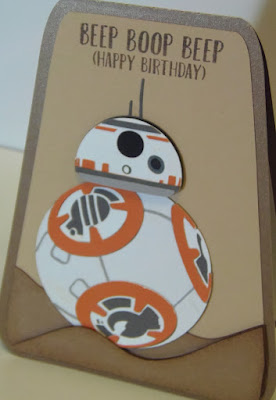 I then made a cute birthday card featuring BB-8.  The card is the Trapezoid Card Base from SVG Cutting Files.  The sand is from the "Best of Pixar" Disney Cricut cartridge.  I inked all the edges with vintage photo Distress Ink, then popped up the front layer.  I also trimmed the edges to fit the curve of the card.  BB-8 is an svg that I got from Krafty Nook.  Doesn't he look awesome?!  I used foam tape on his head for a little more dimension. 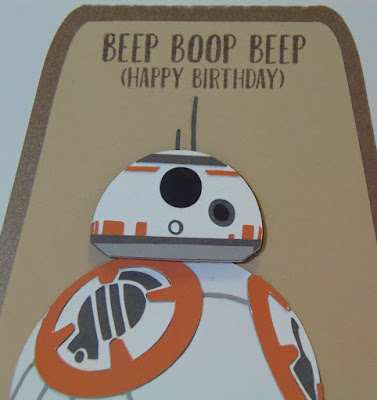 The sentiment is from the Robotastic stamp set by Jaded Blossom.
Posted by Paula Bee at 10:06 PM