Three shaped cards that interlock their arms in a hug to close. 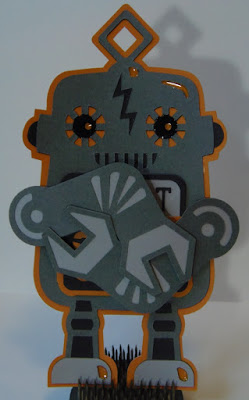 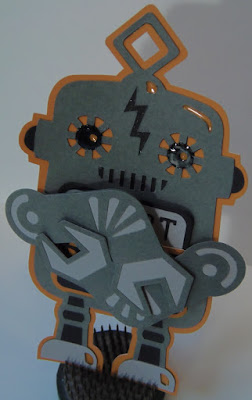 The robot is from the Cricut "Crazy Cute Cards" digital cartridge.  This is only available if you have a Cricut Design Space subscription. 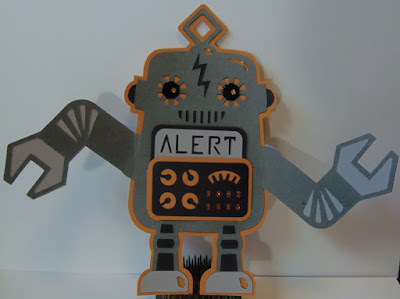 I used glossy accents on the orange on his feet and on his head.  I also used them on his eyes.  I used Stickles on his buttons and a little Wink of Stella on his lightning bolt. 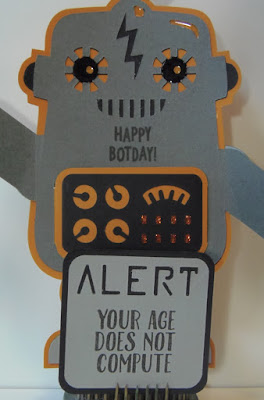 The sentiments are both from the Robotastic stamp set by Jaded Blossom. 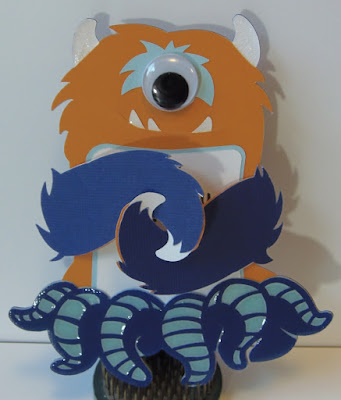 This cute little tentacled monster is also from the "Crazy Cute Cards" cartridge. 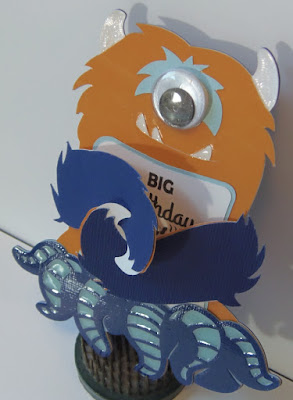 I used glossy accents on the teeth and on the tentacles, I was going for a slippery slimy look.  I also used crackle accent on the horns and added a googly eye. 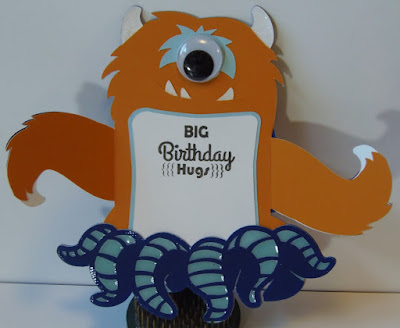 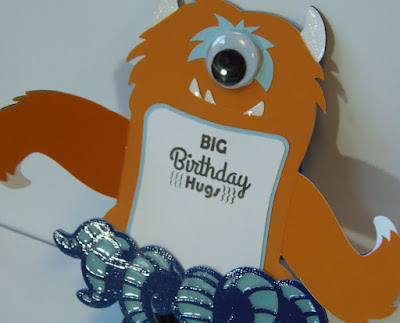 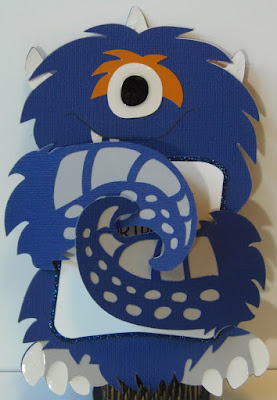 This fuzzy monster is from the "Crazy Cool Cards" cartridge. 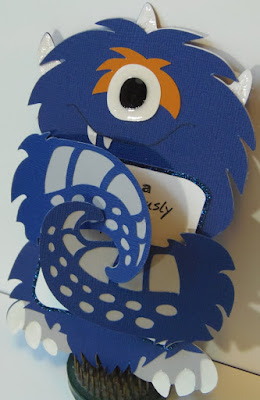 I used crackle accents on the horns.  The eye, teeth, and nails are covered in glossy accents.  I also used some Stickles around the edge of the sentiment mat. 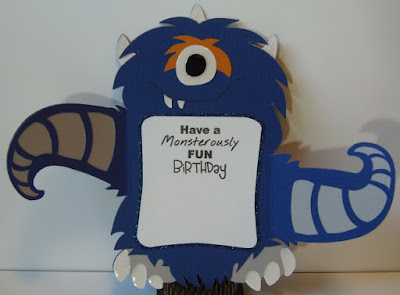 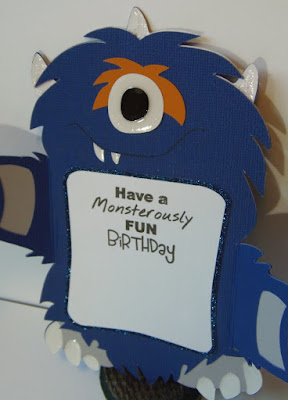 The first part of the sentiment "have a monsterously fun" is from My Craft Spot.  "Birthday" is from Jaded Blossom, the So Many Birthdays stamp set.