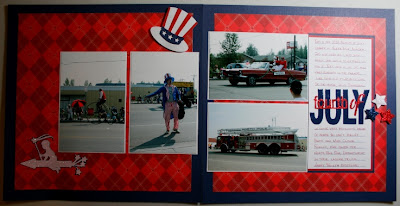 Challenge #12 at Card Creations & More by C this week! The challenge this week is to create something patriotic. I decided to create a layout for some pictures of a 4th of July parade that I saw while living in North Pole, Alaska. 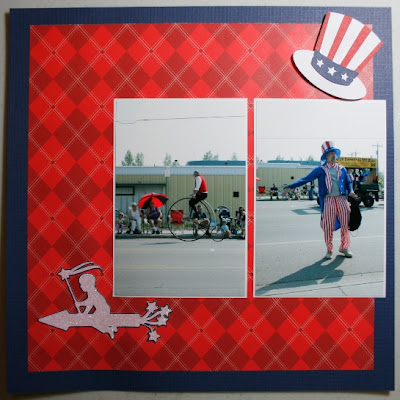 This is a double page layout, each page is 12"x12." I used a dark blue cardstock for the base layer, then cut some red and white plaid paper at 10 3/4"x10 3/4" for the next layer. I matted the four photos, which are all 4"x6," with white carsdtock, cut at 4 1/8"x6 1/8." The white are for the journaling is cut at 8 1/8"x4." I then matted it with some red cardstock cut at 8 1/4"x4 1/8" and blue cardstock cut at 8 1/2"x4 1/4." The title is from Graphically Speaking and actually cut at 3/4," turned out pretty large though. It's acutual measurements when cut is 2 3/16" (for the July at least). I added glossy accents to the "July" and x-mas red Stickles to the "fourth of." The three stars are from a Marvy Uchida punch, I used pop-dots to adhere them and x-mas red, midnight blue and crystal Stickles on them. I drew in my journaling lines with a dark blue marker, then actually journaled with a red marker. The Uncle Sam hat is from Independance Day, cut at 3." I used pop-dots to adhere it as well. The little boy on the firecracker is from A Child's Year and cut at 2 1/2." I cut the shadow layer with the dark blue cardstock, then the regular layer with white cardstock. I added some crystal Stickles to him. 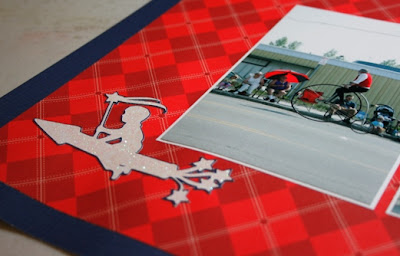 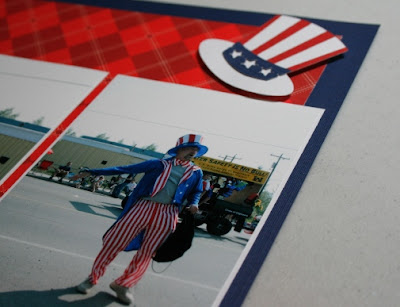 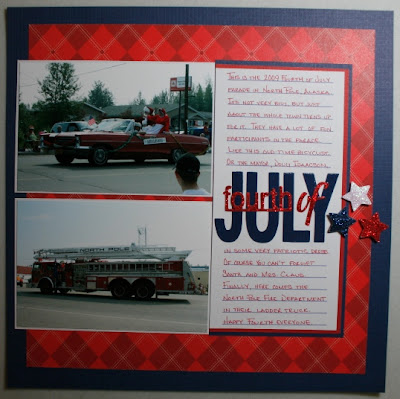 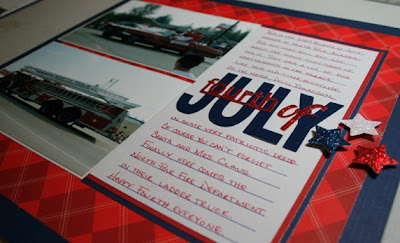 Now it is your turn to create something patriotic! Get crafting and link up your project at Card Creations & More by C for your chance to win! I can't wait to see what you create!
Posted by Paula Bee at 7:00 AM