Guest Designer at Cooking with Cricut!

I am so excited to be a guest designer at Cooking with Cricut! They are such a great challenge blog, with fun challenges and an awesome design team. I am honored to have been asked and I can't wait to show you what I came up with! 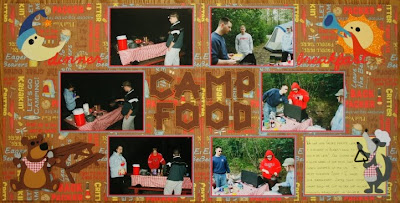 I am featuring the Campin' Critters cartridge. When this cartridge first came out I couldn't wait to get it. My husband and I love to camp and the images on it are so cute! For my first project I created a double layout showcasing some pictures of a trip we took to Valdez, AK with some friends of ours. The background paper is from Debbie Mumm. All the pictures are 3 1/2"x5" and I double matted them with red and blue cardstock. The mats are 1/8" larger than each layer. I used Campin' Critters for the moon, sun, bear and wolf. The moon and sun are cut at 3" and the bear at 3 1/2" and the wolf at 4." I embossed the dark blue layer on the moon with Swiss Dots, then used some flocking on the light blue portion of his hat. I added a light blue pearl and some orange Stickles on the star, then finished him off with some black enamel accents for his eyes. I used the black enamel accents on the eyes and nose of the bear and also pop-dotted him for some dimension. The sun has orange Stickles, glossy accents on the bugle and black enamel accents for his eyes. The wolf has glossy accents on the triangle and his nose, white flocking on his hat and black pearls for his eyes. The picnic table is from Camp Out, cut at 2 1/2" and the title is from Pooh Font Set, cut at 1 3/4." I used pop-dots on the title as well. The "dinner" and "breakfast" parts are from Cursive 101, cut at 1," and welded together with my Gypsy. 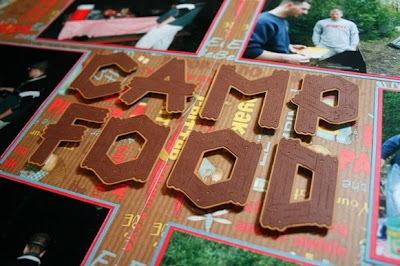 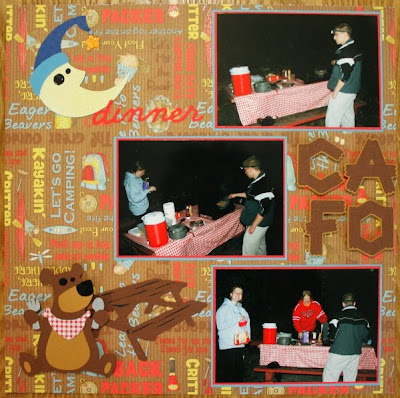 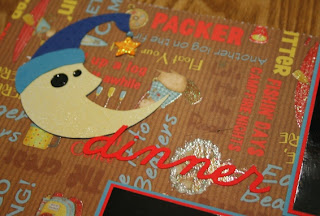 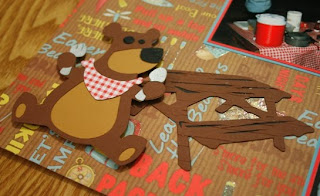 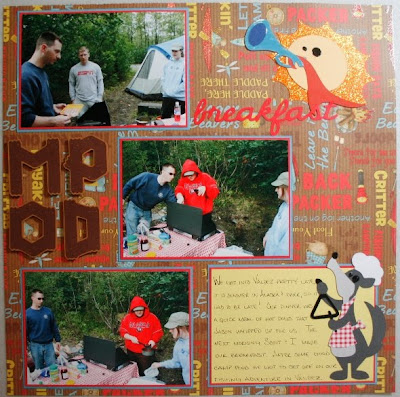 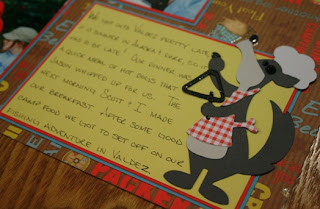 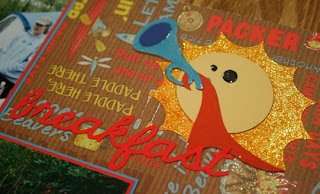 For my other project I created a birthday card. I actually made two of these, they are for my cousins. They are both born on the 30th of a month, so their golden birthdays are coming up. My mom requested a couple of cards for them. I decided to use one of my favorite cuts on Campin' Critters....bigfoot! 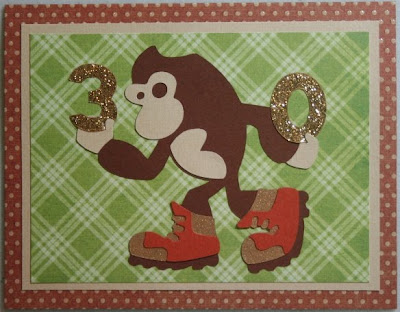 The card is 4 1/2"x6 1/4." The two patterned cardstocks are from The Guy Stack by DCWV. The tan piece of carstock is cut at 5 3/4"x4." The green plaid piece is 1/4" smaller. Bigfoot is cut at 3 1/2." I used Birthday Bash to cut the numbers at 1," which I then covered in gold Stickles. For the inside of the card I used the same green plaid and tan cardsocks. I used my computer to do the sentiment, then cut the paper to size. I covered the word "golden" with gold Stickles, I also drew gold Stickles around the edge of the tan cardstock. 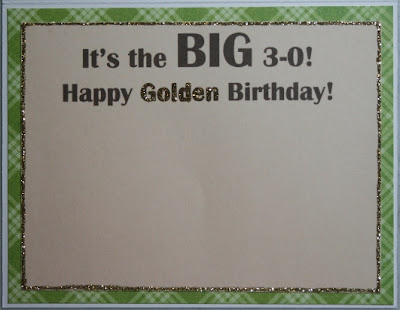