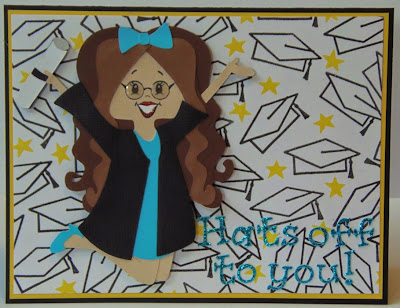 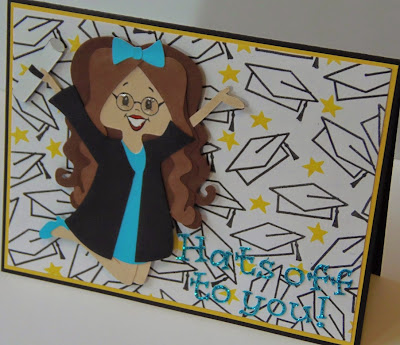 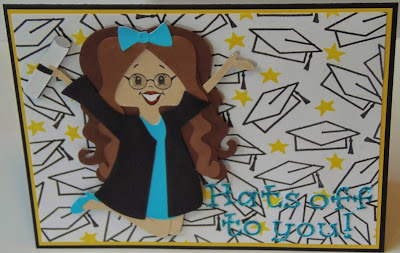 I created the background by stamping a grad cap and star repeatedly all over a piece of 5 1/4"x4" white card stock.  The stamps are from Paper Smooches, the Smarty Pants set. 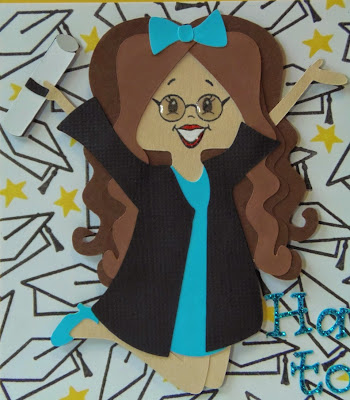 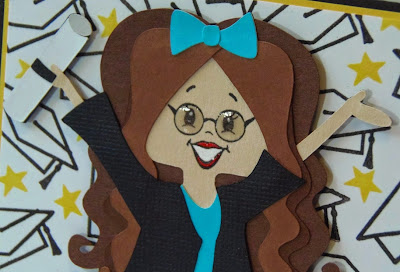 The girl is from a cut file from SVG Cutting Files.  It is called The Grad.  I used the girl doing the podium jump.  I just didn't use the podium and I also got rid of the cap.  She was cut at 3 3/4" (flipped).  I hid her eyes so that I could use a Peachy Keen face stamp.  I actually combined two stamps for her face.  The eyes and nose are from the Simple Sallies Face Assortment.  The mouth is from the Laffy Taffy Face Assortment.  I added some glossy accents to her glasses.  I used a white gel pen for her teeth and a red glossy pen for her lips.  I then adhered her to the card with foam tape. 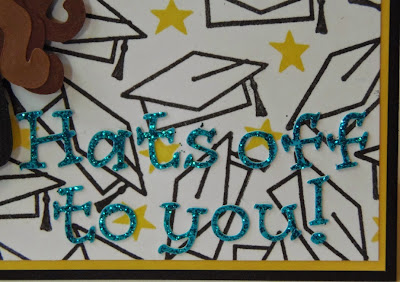 The sentiment on the front was cut with a Cricut font from the "Fontastic Fonts" cartridge.  This particular font is called DJ Terrific.  I used my Cricut Explore to lay out the card and cut the font to fit in the space.  I then covered the letters with lagoon Stickles. 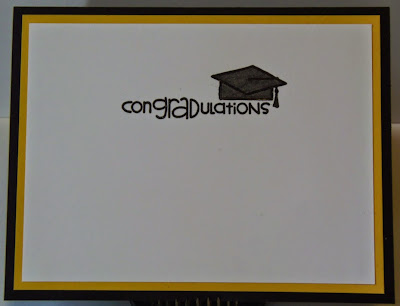 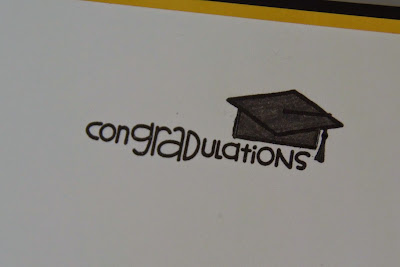 For the interior of the card I used some more Paper Smooches stamps.  I used the grad cap again and a sentiment, also from the Smarty Pants set.  The yellow mat is 5 1/4"x4" and the white mat is 5"x3 3/4."

The Friday Mashup: create a project for a celebration
SVG Cutting Files: teacher appreciation or graduation
Paper Smooches: anything goes 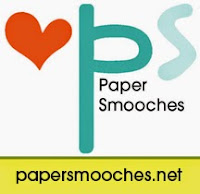