First of the Month Challenge #18 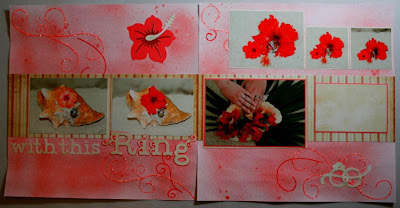 Challenge #18 for the First of the Month Challenge at Card Creations & More is to create your own background paper. I decided to make a double layout and create my background paper for that. I took two plain white sheets of 12"x12" cardstock, then sprayed them with some coral reef Glimmer Mist. Once that was dry I drew in some swirls using a template by Bazzil. I then went over the swirls with a red gel pen by Sakura and tropical tangerine Stickles. I forgot to take a picture of the paper by itself before I put everything one it, but it look really cool (it still does)! 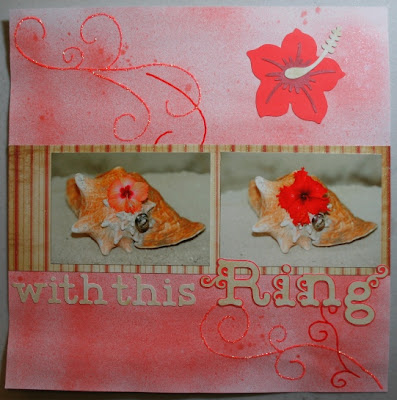 I am making this as part of my friends' wedding scrapbook. They got married in Belize in June and I was their maid-of-honor. I also created the invitations and the guest book for their reception. So, I also offered to make their wedding album. These pictures are of their rings with a conch and a hibiscus. 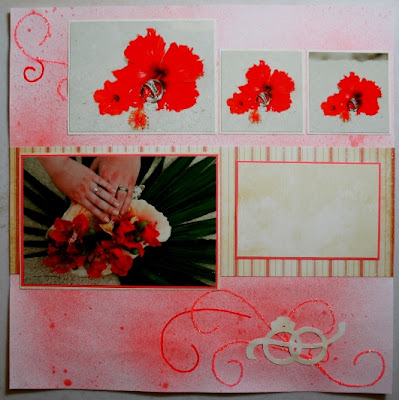 After the background paper was all dry I cut two strips of the yellow/pink striped cardstock, they are 4"x12." I got the paper from DCWV's Rustic Stack. I matted my largest photo with a coral cardstock, then a yellow cardstock (also from the Rustic Stack). My three photos of the hibiscus are matted with the same yellow. I placed them on the page, then cut the remaining elements with my Cricut. The title was cut using the Cricut American Alphabet, which is one of the pre-loaded cartridges on the E2. I cut the "with this" at 1" and the "ring" at 1 1/2." I used font 1 for "with this" and font 3 (and its shadow) for "ring." I cut the hibiscus from Life is a Beach at 4." I decided to not use the leaves from this cut. The rings are from Designer's Calendar, cut at 1 1/2." They are the rings I used on the invitations. I also added a journalling area, but I will journal later, once I have talked to the couple about what they want to say....this is their album after all. 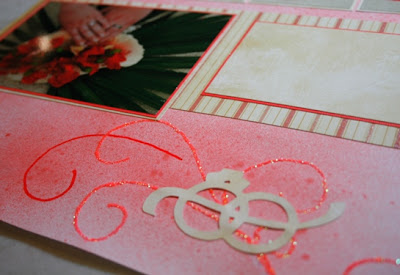 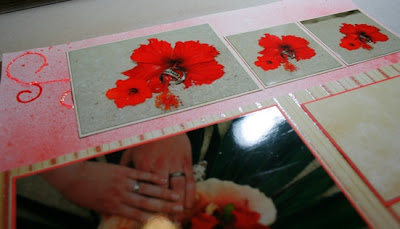 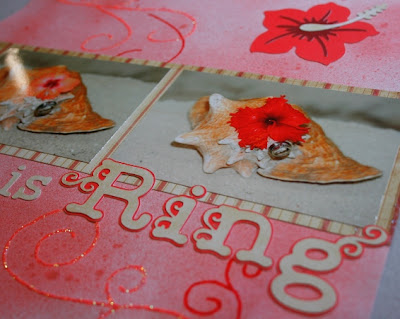 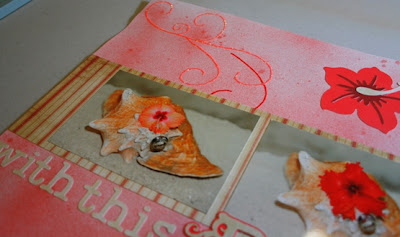 Now it is your turn to create your own background paper. Once you have created your project link it up at the First of the Month Challenge! I can't wait to see what you come up with!!
Posted by Paula Bee at 6:02 AM