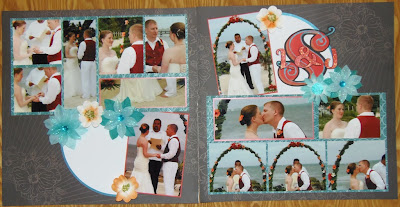 Another page down in my friends' wedding album. Here's hoping I can get it done by Christmas and give to them as their gift! :) We'll see how that one goes. Anyway, here it is: 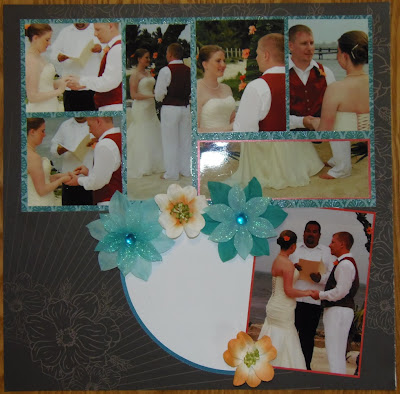 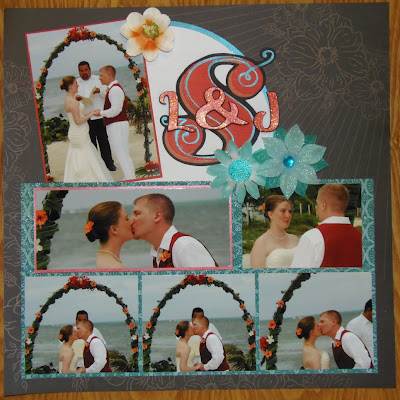 It is another two page layout. All of them will be until I get to the last page. :) The background paper is from DCWV, the Tahiti Beach Stack. I loved the flowers in the corners, so I didn't want to cover them up. I cut two strips of patterned paper, which is from the Cafe Mediterranean Stack, at 11"x6." The circles are cut from Cricut American Alphabet at 7" for the white and 7 1/2" for the shimmery teal. I adhered the strips over the circles. I created a photo collage in both strips. The two long photos were matted with some coral cardstock, cut 1/8" larger than the photo. The two larger photos are 3 1/2"x5" and matted with coral cardstock cut 1/8" larger than the photo. I used Letter Envy to cut the letter "S" which is their last name monogram. It is cut at 3 1/2." I used Ashlyn's Alphabet for the "J," "&," and "L" cuts. They are cut at 1 1/2" and I adhered them over the "S" with foam tape, then covered them in tropical tangerine Stickles. I was a little worried about this color, since it looks fairly pink in the bottle, but against the dark coral color it was the perfect touch of sparkle! I finished it off with some flowers I had in my stash. 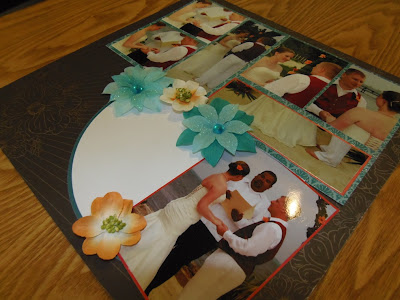 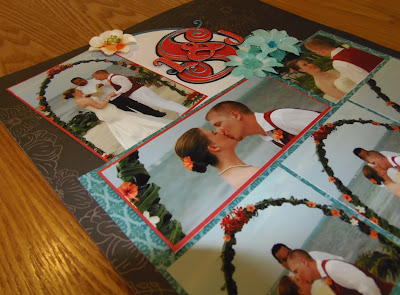 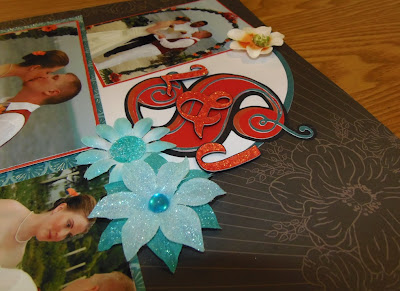