Today's card is super simple to make!  This would definitely be one that would be easy to mass produce for Christmas cards.  I may have to remember this for next year, or something similar. 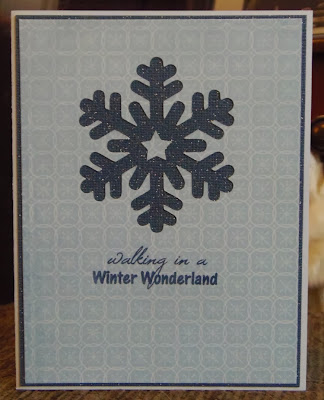 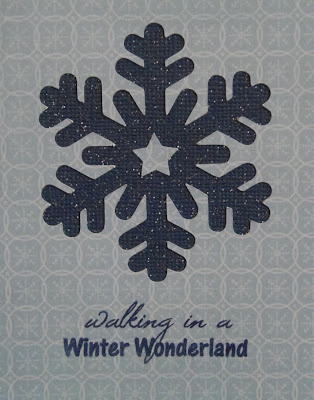 The snowflake was cut using the Silhouette Cameo.  It is called "snowflake set" and is by Sophie Gallo (#52668).  I used only one of the snowflakes, it is the red one if you are looking at the image in the Silhouette Store.  I cut it at about 2 1/2."  I cut it out of the snowflake patterned card stock so I used the negative space, with the glittery blue card stock showing through.  The sentiment is from My Craft Spot, the "Winter Wonderland" set.

I made this for the current challenge at CASology, the cue word is "snowflake."
Posted by Paula Bee at 3:33 PM