For today's "Mini Monsters" creation I made two birthday cards - masculine and feminine. 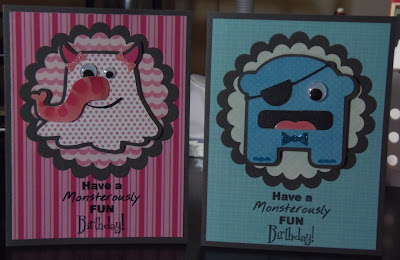 The cards are both 5 1/2"x4 1/4."  I used dark grey card stock for the bases, then cut mats for them at 5 1/4"x4."  I then used the Scalloped Circles Nestabilities by Spellbinders for the mats on which I placed my monsters. 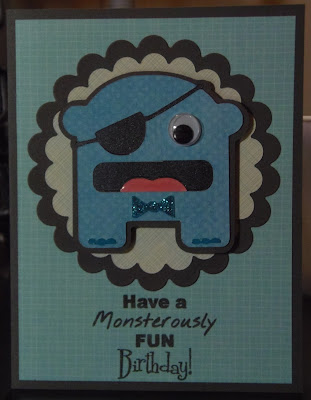 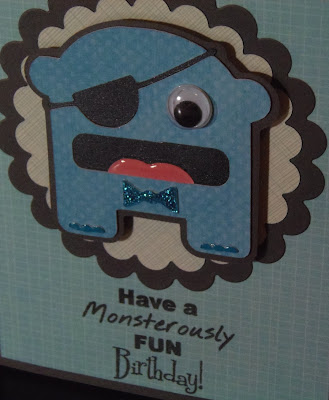 The blue monster can be found on page 43.  I cut him at 2 1/2," also using the shadow feature.  I gave him a googly eye and covered his tongue and toenails in glossy accents.  I also gave him a bow tie.  It is actually the bow tie from the vampire (page 34), just sized to fit the monster.  I covered the tie with turquoise Stickles. 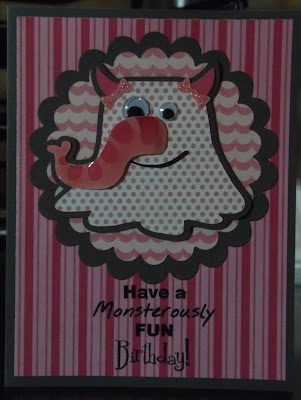 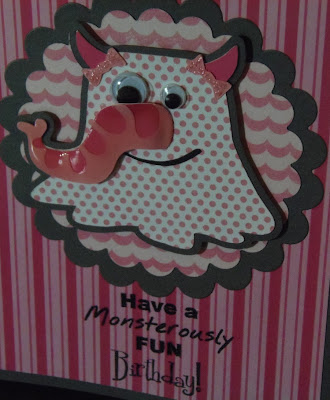 The pink monster is on page 40.  I also cut her at 2 1/2" and again used the shadow feature as well.  I gave her some googly eyes and popped her trunk/nose up to compensate for the depth of the eye.  I also covered her trunk/nose in glossy accents.  Her bows are also from the vampire, again sized to fit her.  I covered them with cotton candy Stickles.