One of the women I work with came to me with a card request.  Her son's 6th birthday is coming up and they are throwing him a Lego party.  She was wondering if I could make a card for her to give to her son, with a Lego theme.  I said I could probably come up with something and then proceeded to put my thinking cap on.  Eventually this is what I came up with: 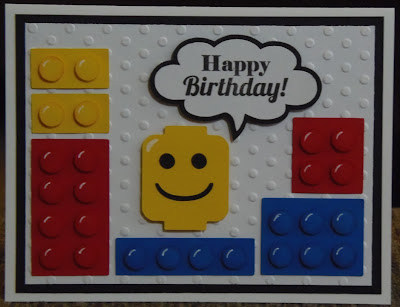 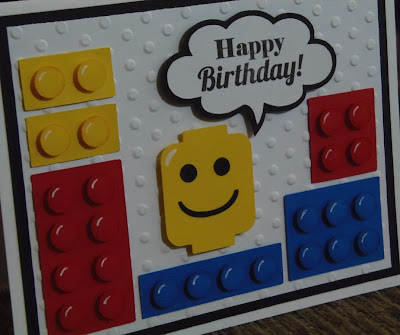 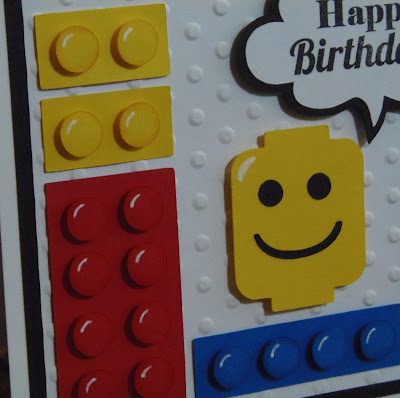 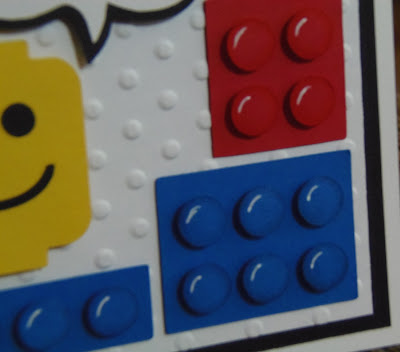 I created the bricks and Lego man head with the drawing tools in the Silhouette Studio.  For the bricks I used the "draw a rectangle" and "draw an ellipse" tools.  I drew out my rectangle, then sized my circles to fit.  Once I had one basic brick that was the correct size I copied the circles and drew the other shapes around the circles, so that everything would be proportional (or as close as I can get). 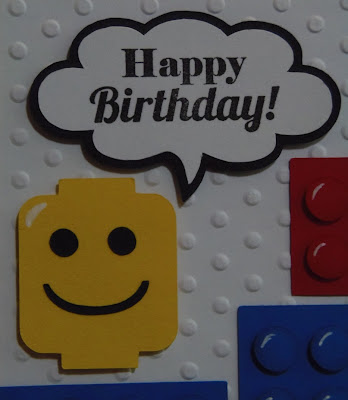 For the Lego man head I used the "draw a rounded rectangle" and the "draw a rectangle" tools.  I had a little Lego minifigure in front of me while I was doing this so I could get its look right.  I think I did a pretty good job.  I used the "smiley face" cut by Silhouette (#2360) for the face.  I sized the eyes and smile on the head I had created.  I also made the size of the actual smile smaller because it was too tall and curved.  I used the cut called "3 thought bubbles" by Lori Whitlock (#7507) for my sentiment.  I used just one of them and sized it to fit on my card.  I then used a stamp from Scrappy Moms Stamps, the "Hooray for Birthdays" set for my sentiment.
The Lego head and thought bubble are adhered to the card with pop-dots.  The bricks are all adhered to the card, but the circles on them are adhered with pop-dots.  I think they look a little more realistic with the dimension.  I also added some accents with a white gel pen, it adds to the realism that much more.
When I showed this to my coworker she was quite impressed.  She said her son would just LOVE it!﻿
Posted by Paula Bee at 4:00 AM