A friend of my mom's wanted a card for a little boy's birthday. Apparently he loves frogs and the color orange. So, I made a couple of cards in order to give her a choice on which one she wants to use. 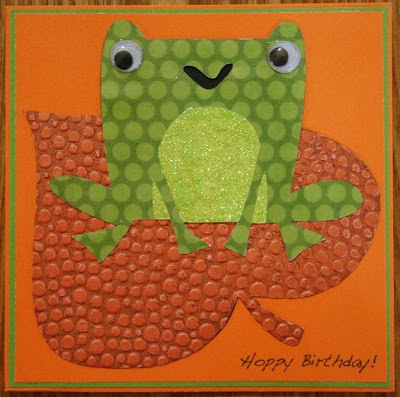 This first card is 5"x5." I used orange cardstock for the card base, then cut some green cardstock 1/8" smaller. The final layer was cut at 4 3/4"x4 3/4." The frog was cut from the Playtime cartridge. I cut him at 4 1/2." I embossed the leaf layer with the Tiny Bubbles embossing folder. I gave him some google eyes, covered his belly with firefly Stickles and covered the rest of his body with glossy accents. The sentiment is from My Pink Stamper. 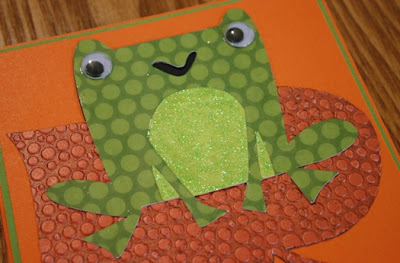 This is the second card I came up with.

This one is 4"x9." I used orange cardstock fo rthe card base. I then trimmed some orange gingham cardstock 1/4" smaller. The frogs and their squares are from Boys Will Be Boys, cut at 2." I embossed the inner square with the Distress Stripes embossing folder. The frogs are all covered with glossy accents and I gave them some google eyes. I used the same My Pink Stamper sentiment, but modified it a little for this card. 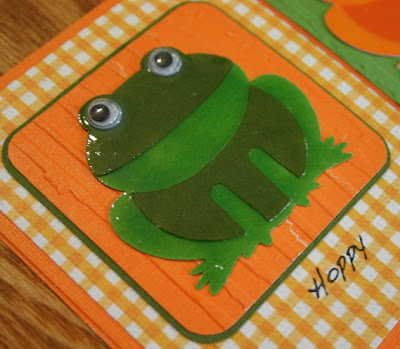 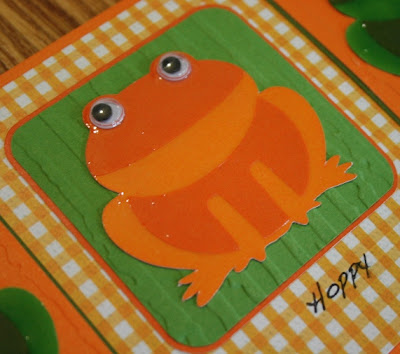 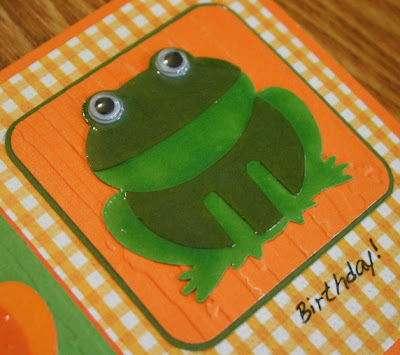 I made these cards for the following challenges:

Email ThisBlogThis!Share to TwitterShare to FacebookShare to Pinterest
Labels: Boys Will Be Boys, Cuttlebug, Playtime