I just had to play with Create a Critter 2 again tonight! I made another Halloween card, this time using this cute little spider. 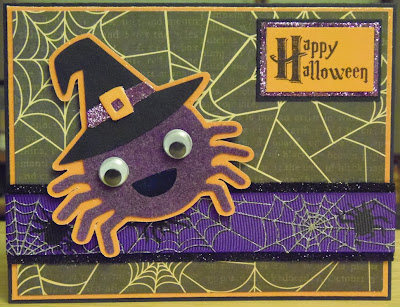 The card is 5 1/2"x4 1/4." I used a black cardstock for the base, then cut some orange glitter cardstock 1/8" smaller and the spider web cardstock 1/8" smaller than the orange. I cut a strip of black carsdstock 1/8" larger than the spider web ribbon I found in my stash. I covered the cardstock with black glitter, wrapped it with the ribbon and adhered it to the card. The spider was cut at 3." I used some purple flock on the body, purple glitter on the hat band, and glossy accents on the buckle and his mouth. I adhered him to the card with pop-dots and then gave him some oversize googly eyes. The sentiment is from Scrappy Moms Stamps. I stamped it on orange cardstock and trimmed it to fit. I then matted it with purple (covered in purple glitter) and black, both 1/8" larger than the previous layer. Pretty simple, but also pretty cute! Enjoy!! 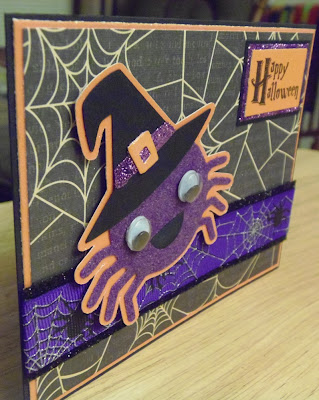 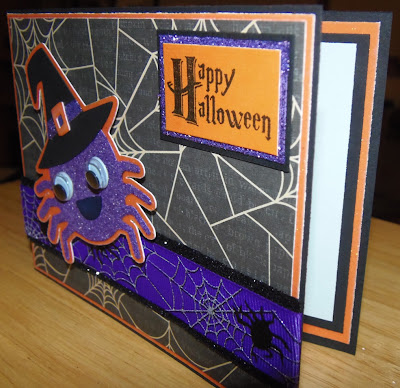 Email ThisBlogThis!Share to TwitterShare to FacebookShare to Pinterest
Labels: Create a Critter 2