I needed to make a birthday card for my mom, so I made the time and created this: 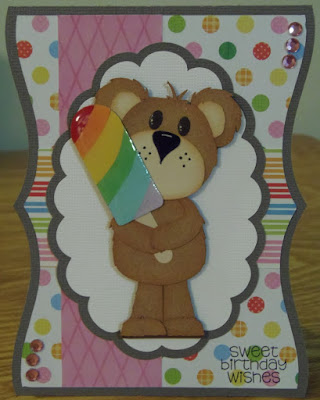 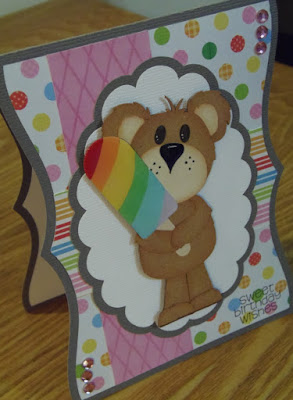 The card base is from SVG Cutting Files.  It is called Bracket Card Base, and I used the vertical one.  It is approximately 5 3/4"x4 1/2."  I used the insert shape function in Cricut Design Space to cut the two strips.  The vertical pink one is 5 1/2"x1 1/2."  The second one is 1 3/4"x4."  I used the slice feature to get its edges to match the curve of the card base.  That is such a slick feature! 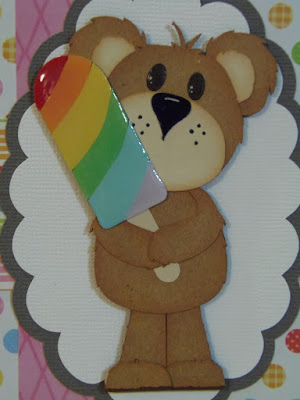 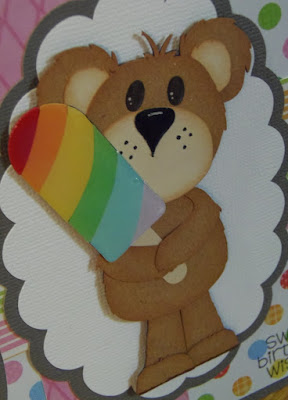 The oval on which the bear is placed it from the "Sentimentals" cartridge.  It was cut at 4.68"x3.31."  The bear is from KaDoodle Bug Designs.  It is from a set called Yummy Treat Bears.  I cut the bear with the popsicle at about 3 3/4" tall.  I used foam tape to adhere him to the card.  I also used some eyes from Peachy Keen Stamps in place of the ones that are cut out.  I covered the eyes, nose, and popsicle with glossy accents. 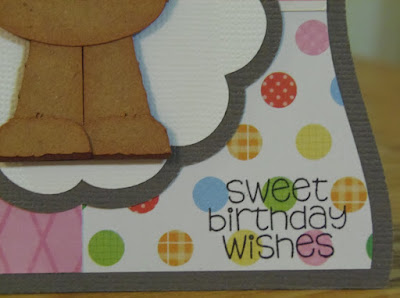 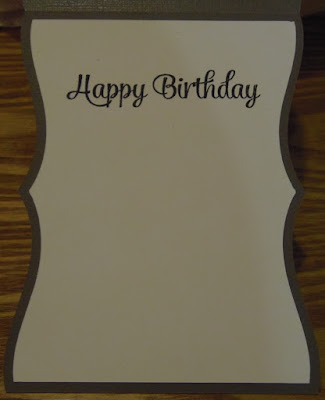 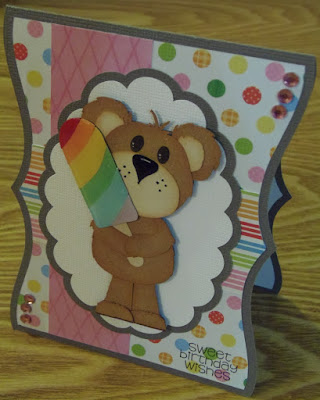 I made this for the following challenges:
Cute Card Thursday: use pink
The ABC Challenge: A is for Animals
Die Cuttin' Divas: sketch