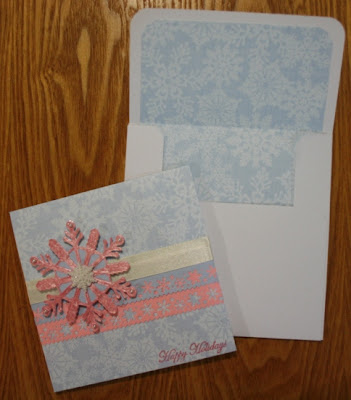 This is a 5"x5" card. I used some snowflake patterned cardstock for the card base. I cut a strip of pink cardstock at 5"x1 1/2" and punched it with a Martha Stewart border punch. I then cut a strip of blue cardstock at 5"x1" and punched it with the Martha Stewart punch as well. I layered them on the card and wrapped it with some off-white ribbon. The snowflake is cut from Wrap It Up at 3." I used foam tape to adhere it to the card for some dimension. I covered it with some pastel raspberry Liquid Pearls, added some white pearls and a snowflake button. I finished the front of the card with the stamped sentiment. For the inside I cut some pink cardstock at 4 3/4"x4 3/4," then some white cardstock at 4 1/2"x4 1/2." I then stamped the inside sentiment to finish off the card. 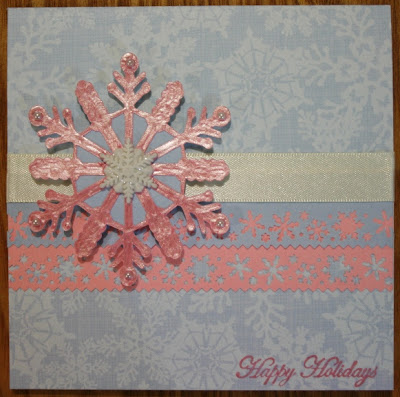 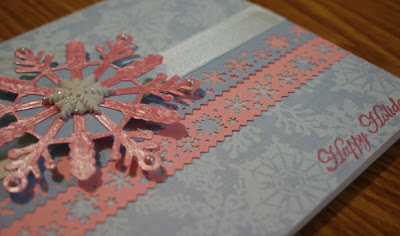 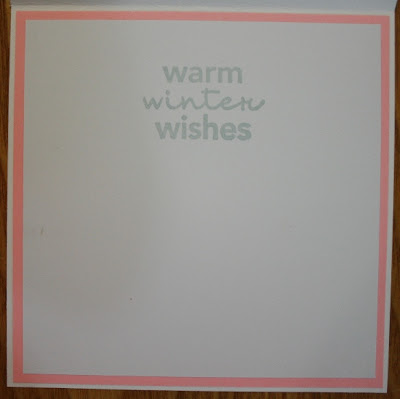 Email ThisBlogThis!Share to TwitterShare to FacebookShare to Pinterest
Labels: Wrap It Up