A Bit of Randomness

As most of you know by now, I work at a JoAnn Fabric and Crafts store.  Well, JoAnns' stores host, what we call, "Make & Take" events.  This is where people can come in to their local JoAnn store and create a free craft to take home with them.  Lately these "Make & Takes" have been revolving around Disney.  We did a Tinkerbell one when one of her movies was being released on DVD.  Then we did one when "The Little Mermaid" got re-released.  For our next "Make & Take" we will be making a craft to go with the release of "Monsters University" on DVD.  My store manager wanted to try and get people interested in coming to this one since a lot of the "Make & Takes" we do seem to be sparsely attended.  In order to do this we made a little table display of the what the "Make & Take" will be with fliers on it for people to grab with the date and time.  She had me actually create the craft so we could actually display the finished product.  Well, this is it: 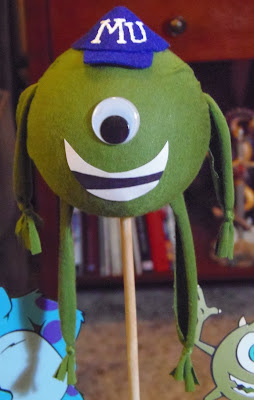 We will be making our very own Mike Wazowski! 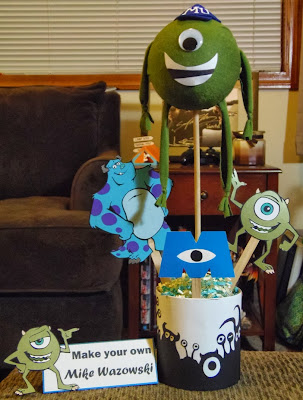 Since it is on a stick it didn't display very nicely just laying on the table.  I thought it would be nice to stick it in some Styrofoam in a pretty container.  I covered a small round box with some white card stock, then used the "Best of Pixar" cartridge to create my images. 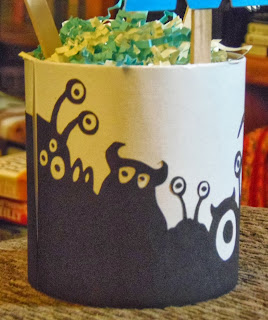 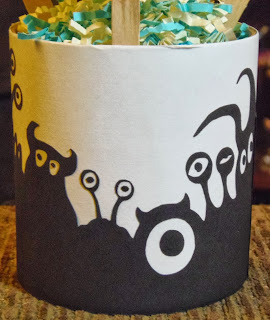 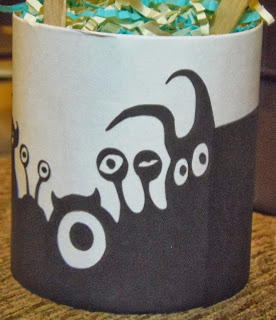 The black monster silhouette is found on page 54, using the icon feature.  I cut it at 3 1/2" and wrapped it around the box. 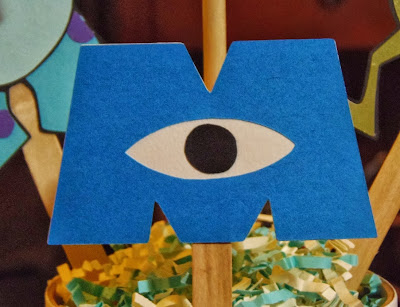 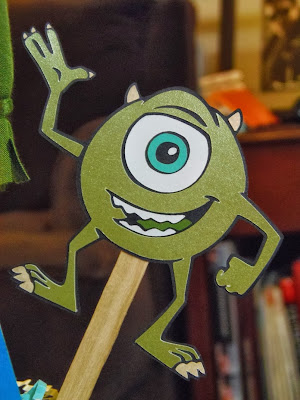 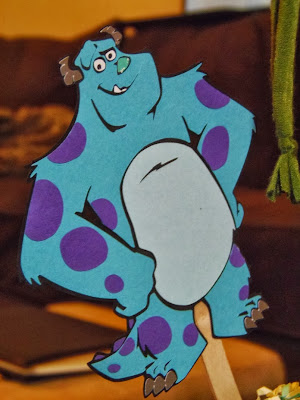 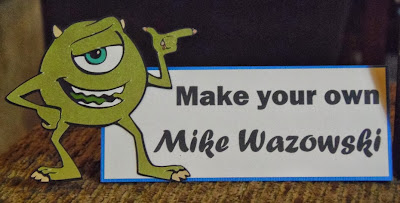 If you are interested in making your own little Mike Wazowski puppet, then stop on by your local JoAnn Fabric & Crafts store on October 20th (check your local store for times).
Posted by Paula Bee at 7:47 PM

Email ThisBlogThis!Share to TwitterShare to FacebookShare to Pinterest
Labels: Best of Pixar