Today's card is glittery and pretty and pink! 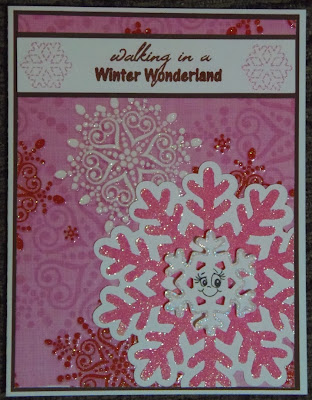 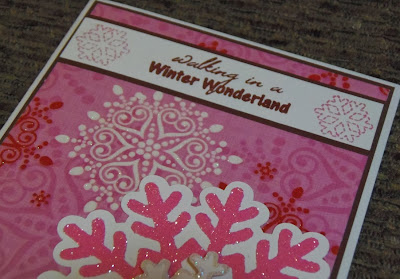 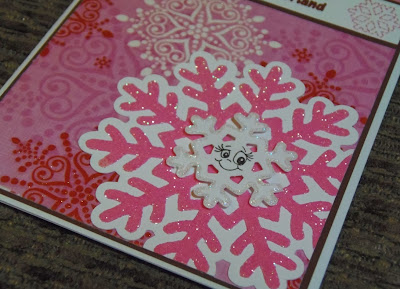 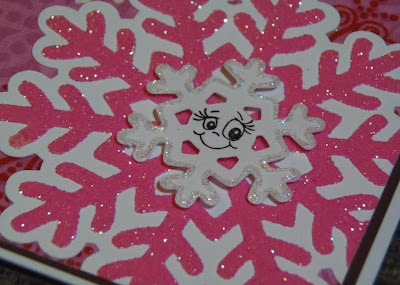 I made this for the following challenges:
Peachy Keen: make a card and use glitter
The Friday Mashup: winter themed project
Cupcake Inspirations: cupcake inspiration photo (below) 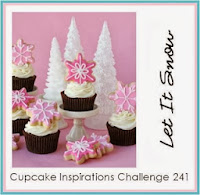