This is my first post for the new year.  Hope everyone is having a good 2014 so far, all six days!  I made a birthday card for my first project of the new year.  I initially wasn't sure what to create, but then I remembered what day it is and came up with the idea of a birthday card.  For those that don't know, it is the, widely accepted, birthday of Sherlock Holmes.  Although Sir Arthur Conan Doyle never actually revealed a birthday for Mr. Holmes many people have theorized this was the date and it was reinforced by Christopher Morley, the founder of the Baker Street Irregulars.  That being said, here is my Sherlock Holmes inspired birthday card: 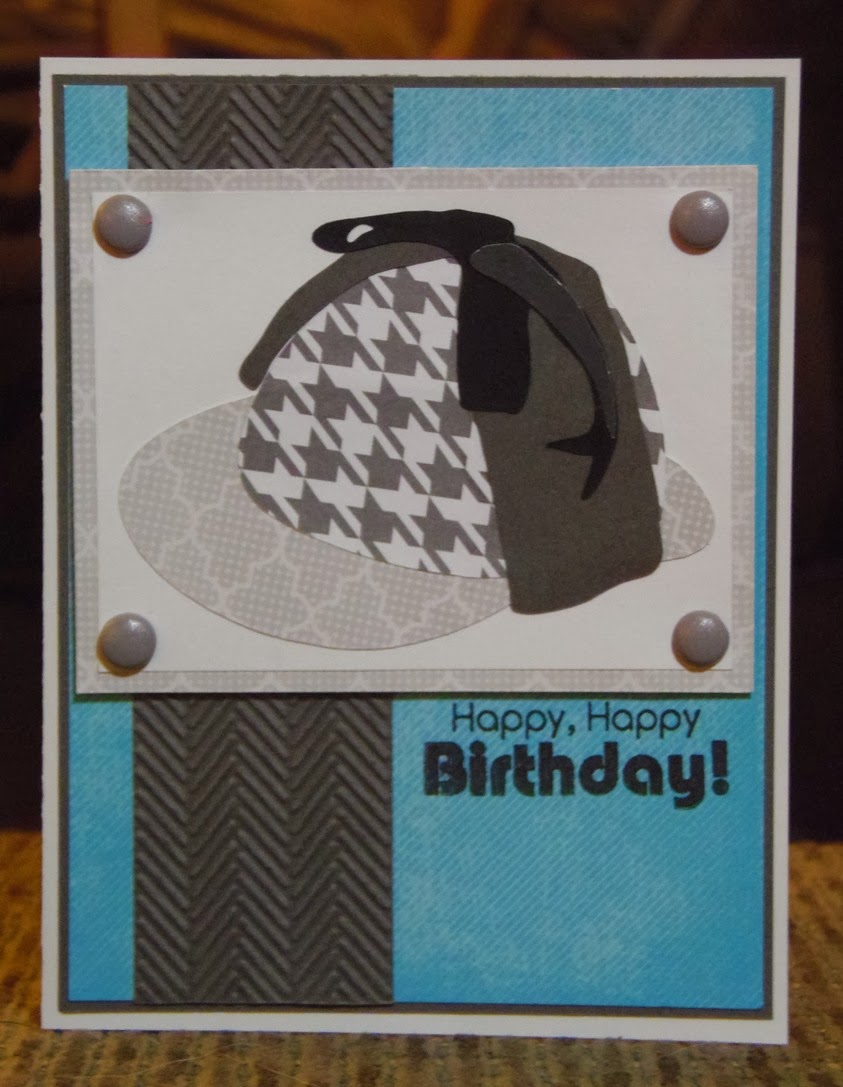 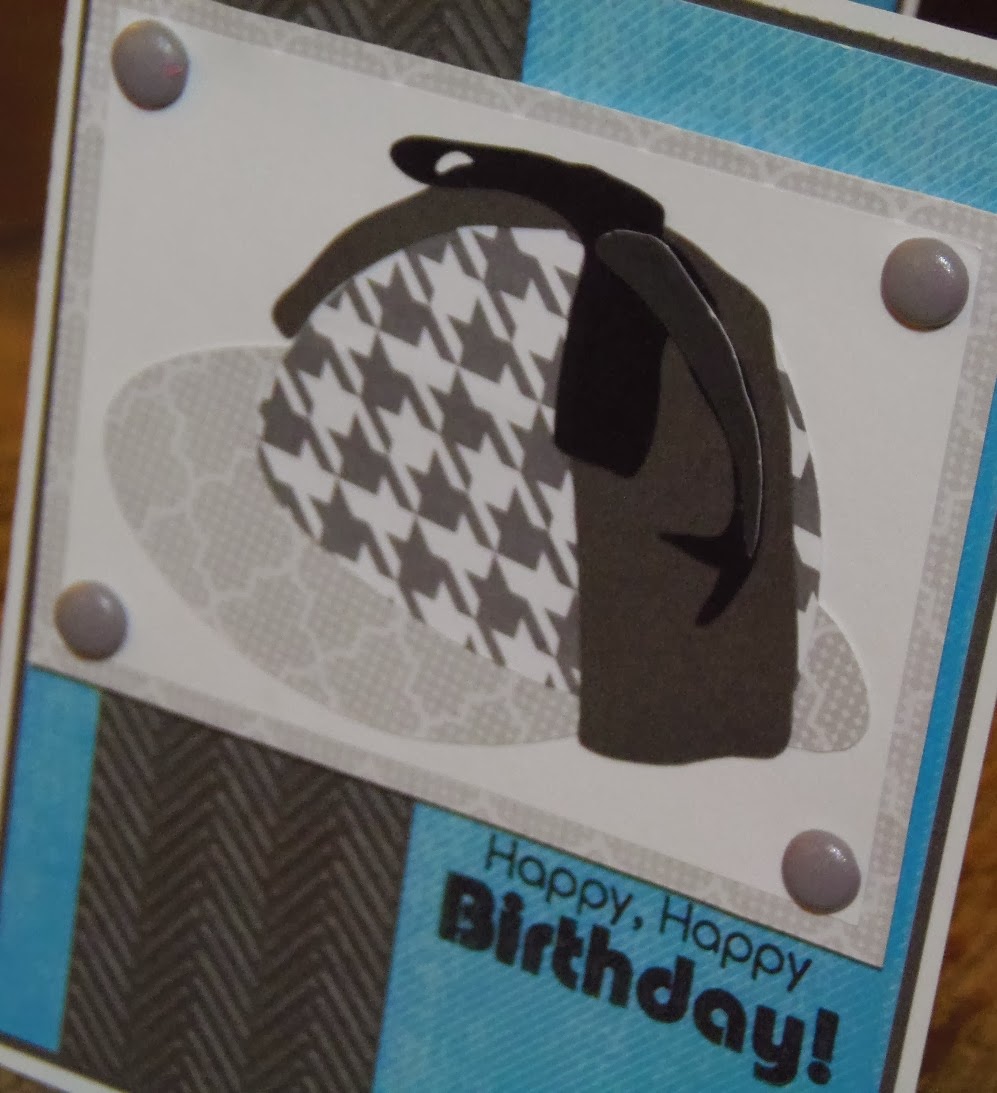 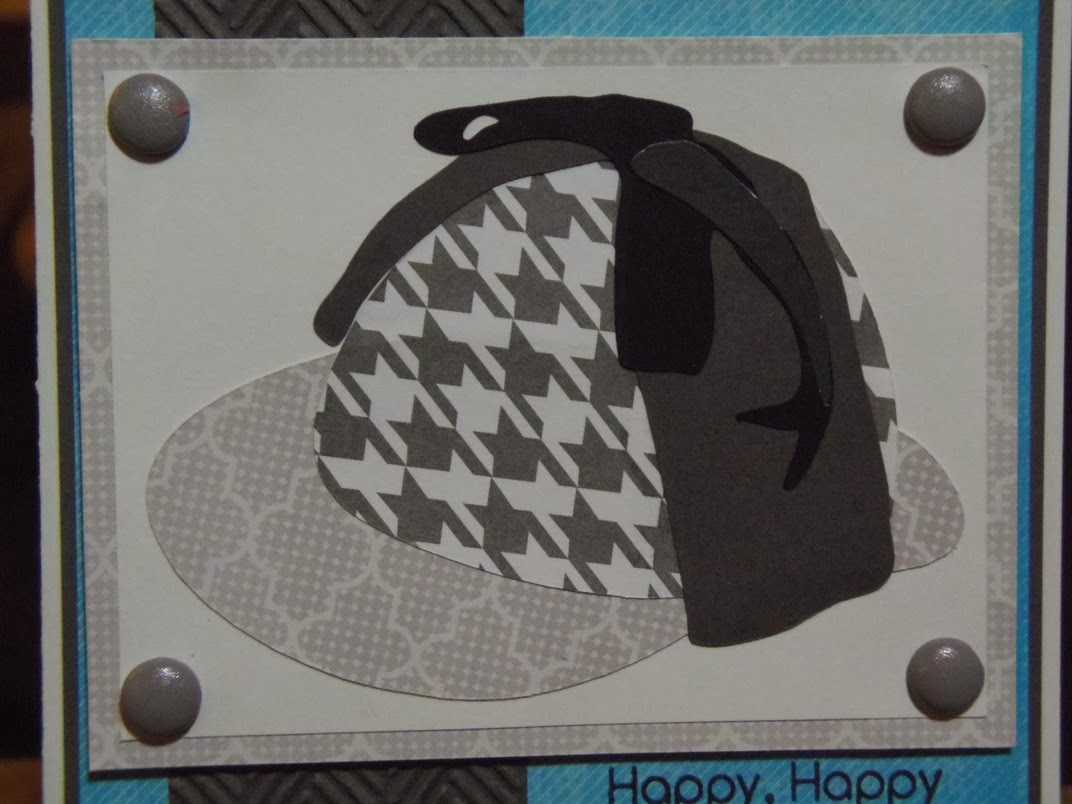 I made this for the following challenge:
The Friday Mashup: sketch
Posted by Paula Bee at 6:02 PM