My dad's wife's birthday is coming up, in fact coming up so soon that I hope this gets to her in time, and I made this cowboy boot shaped card for her. 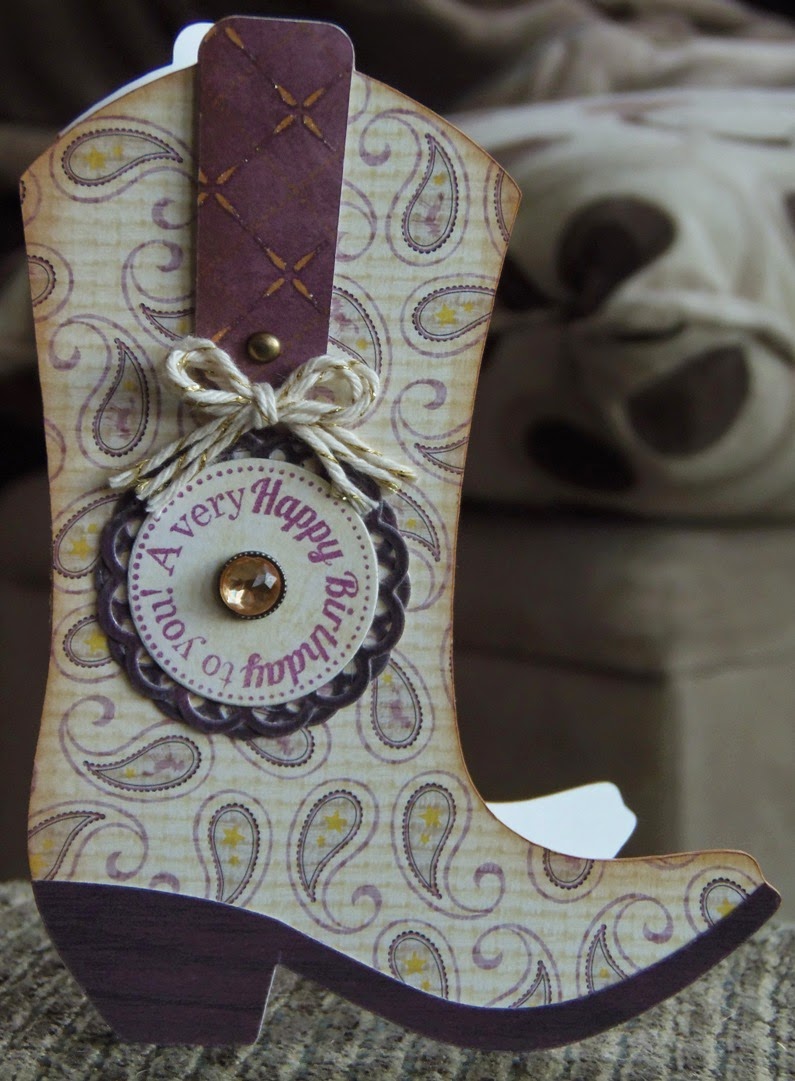 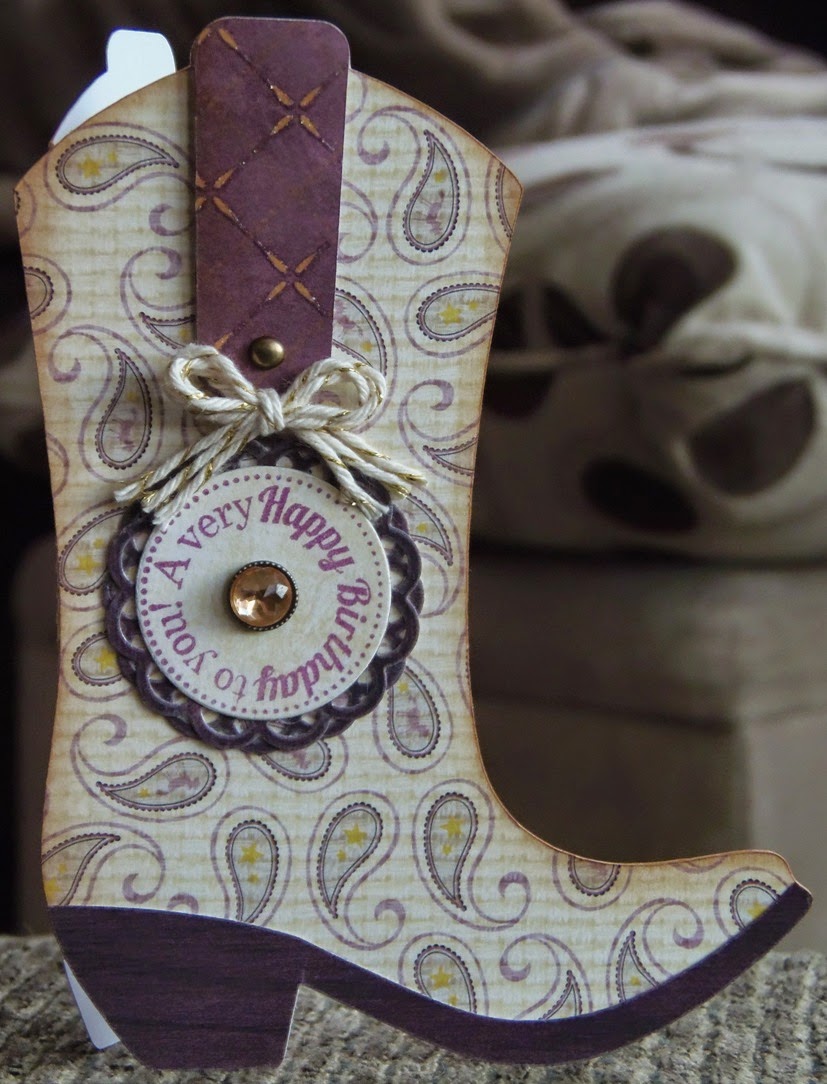 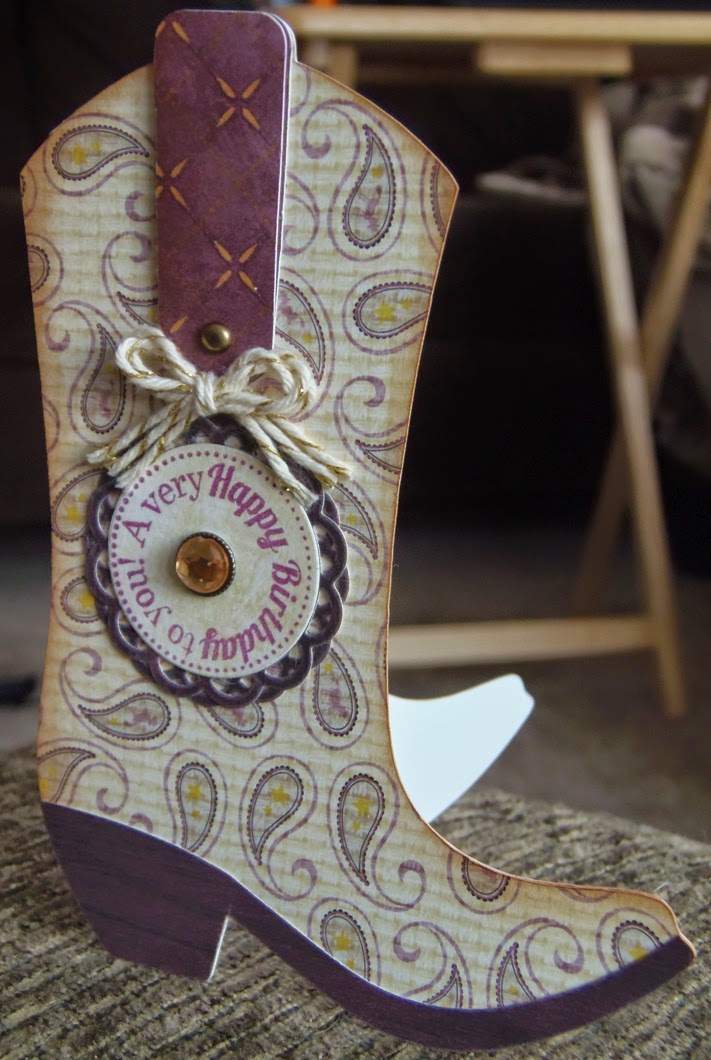 The card is cut from the Silhouette Cameo.  It is a cut file from Lori Whitlock called "A2 Lori Whitlock Boot Shaped Card" (#43737).  It was cut without making any alterations in size, so approximately 5 1/2"x4."  The patterned card stock that makes up the boot and boot strap are from the Rustic Stack by DCWV.  The patterned card stock used for the boot sole is from the Textures & Finishes Stack by DCWV.  I cut the boot strap twice, adhering the first one to the boot and adhering the second one with foam tape for a little dimension.  I added a dark gold brad through the hole of the boot strap.  I also inked the edge of the boot with tea dye Distress Ink, by Tim Holtz. 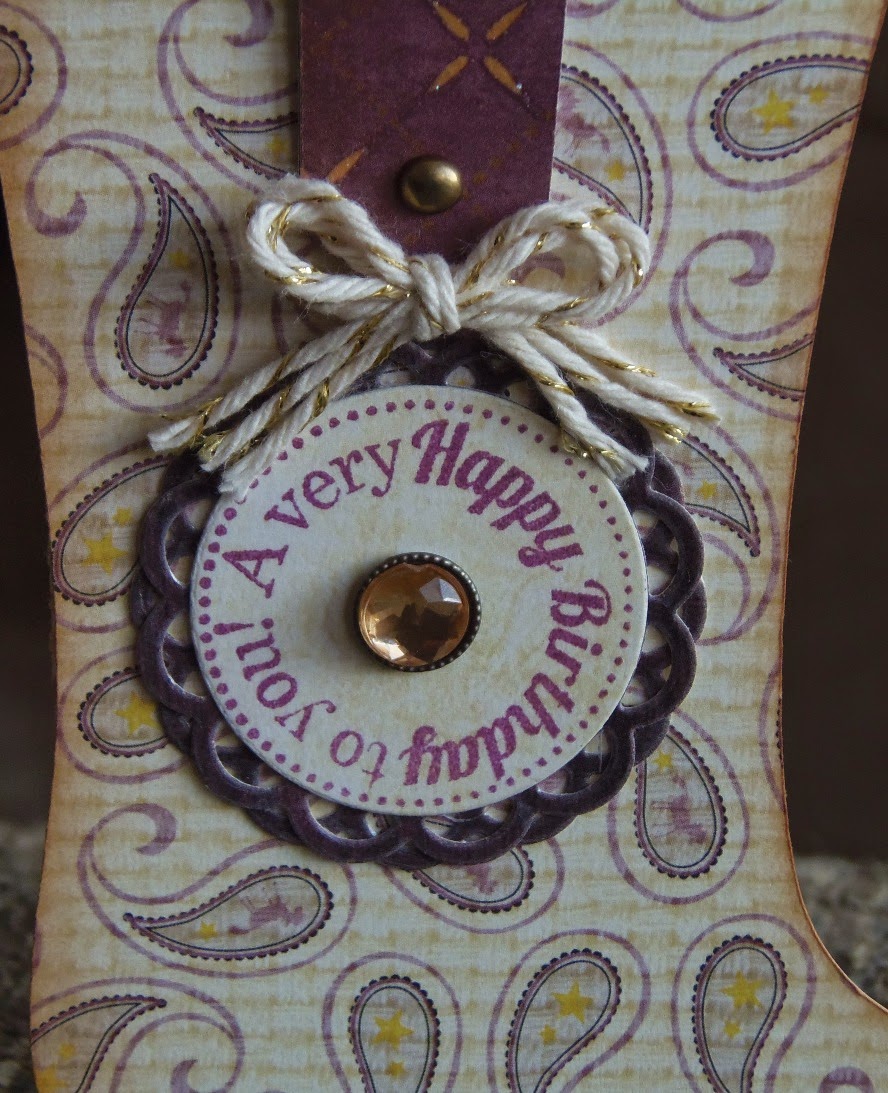 The medallion the sentiment is stamped on is a metal die from My Craft Spot.  Both the circle and the two scalloped circles are from the Tiny Doilies Metal Dies set.  The sentiment itself is from Scrappy Moms Stamps, the "Dancing in Circles" set.  I stamped it in royal silk ink by ColorBox.  I then added a brownish-gold gem to the center of the sentiment.  I finished off the card with some gold shimmer baker's twine, from the Twinery, tied off in a bow and adhered at the top of the medallion and bottom of the boot strap. 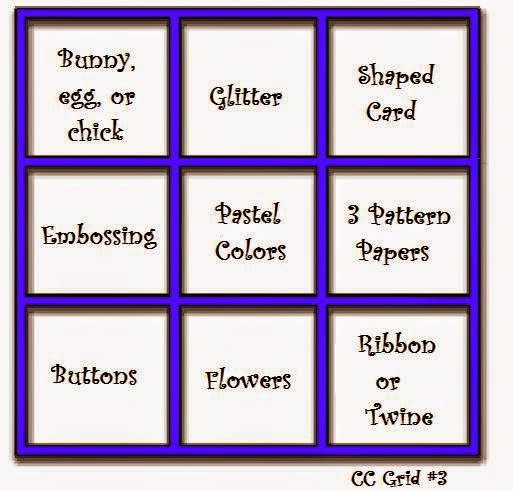