Why Did the Chicken Cross the Road?

So, why DID the chicken cross the road?  Here's a card that hopes to explain why! 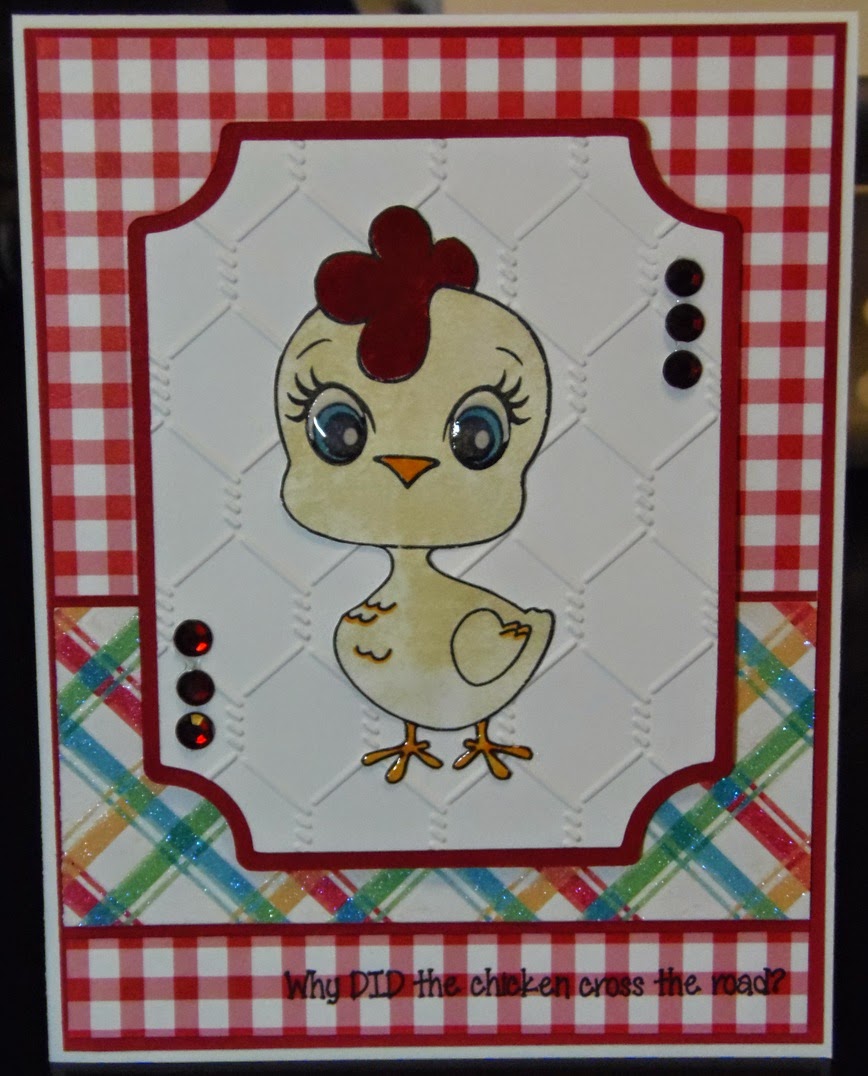 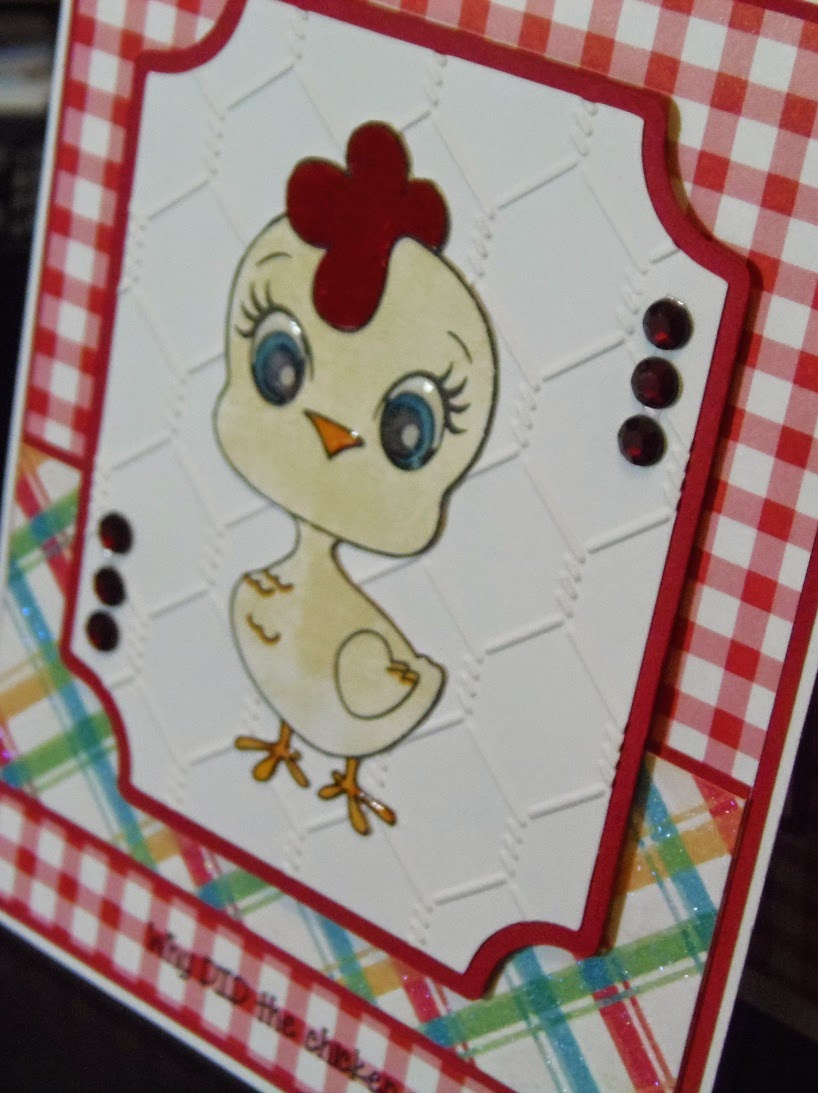 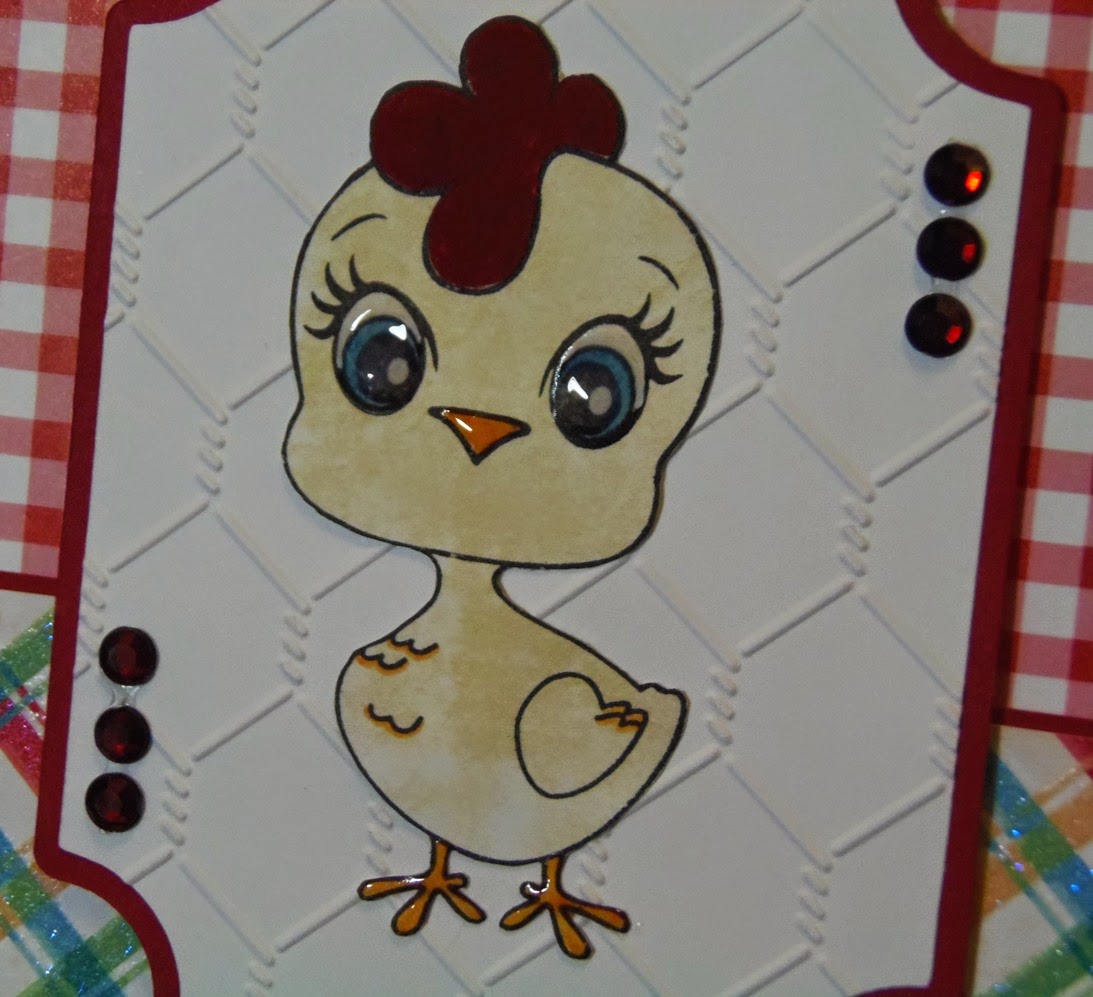 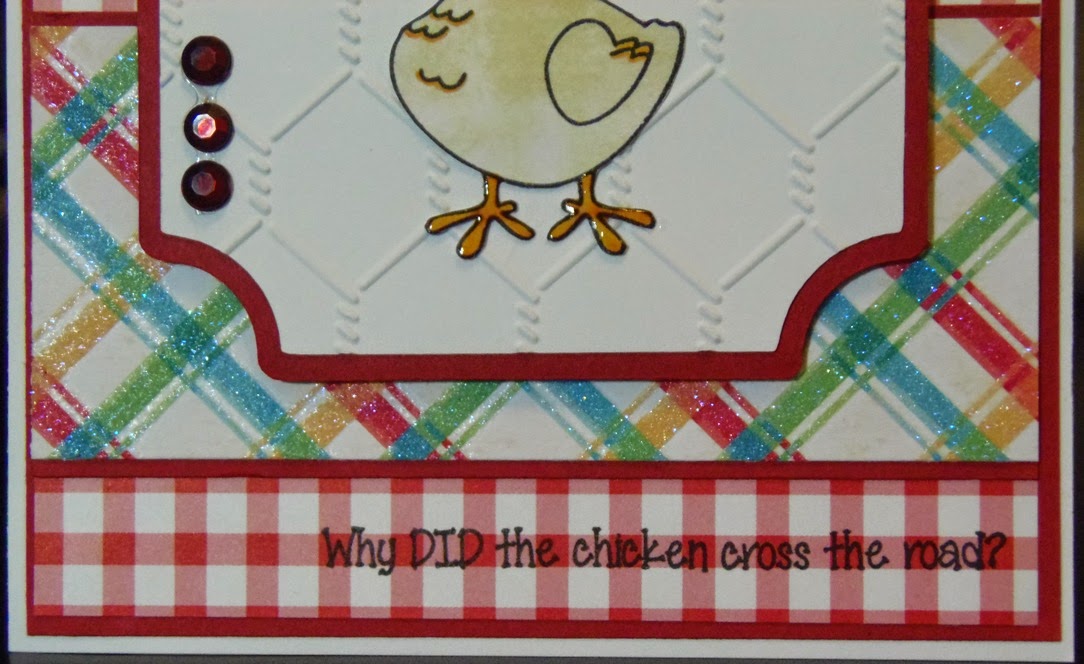 The chicken, face, and sentiment are all stamps from Peachy Keen.  The chicken is from a set called Faceless Chickens; the face is from the Chickie Faces 1 1/8" set, designed specifically for the faceless chickens; and the sentiment is from a set called Clucks Sentiments.  I paper pieced the chicken, flocking the red piece.  I also added some diamond glaze to the eyes, beak, and feet; after I colored them in with some markers and a white gel pen.  I finished the front of the card with some red gems. 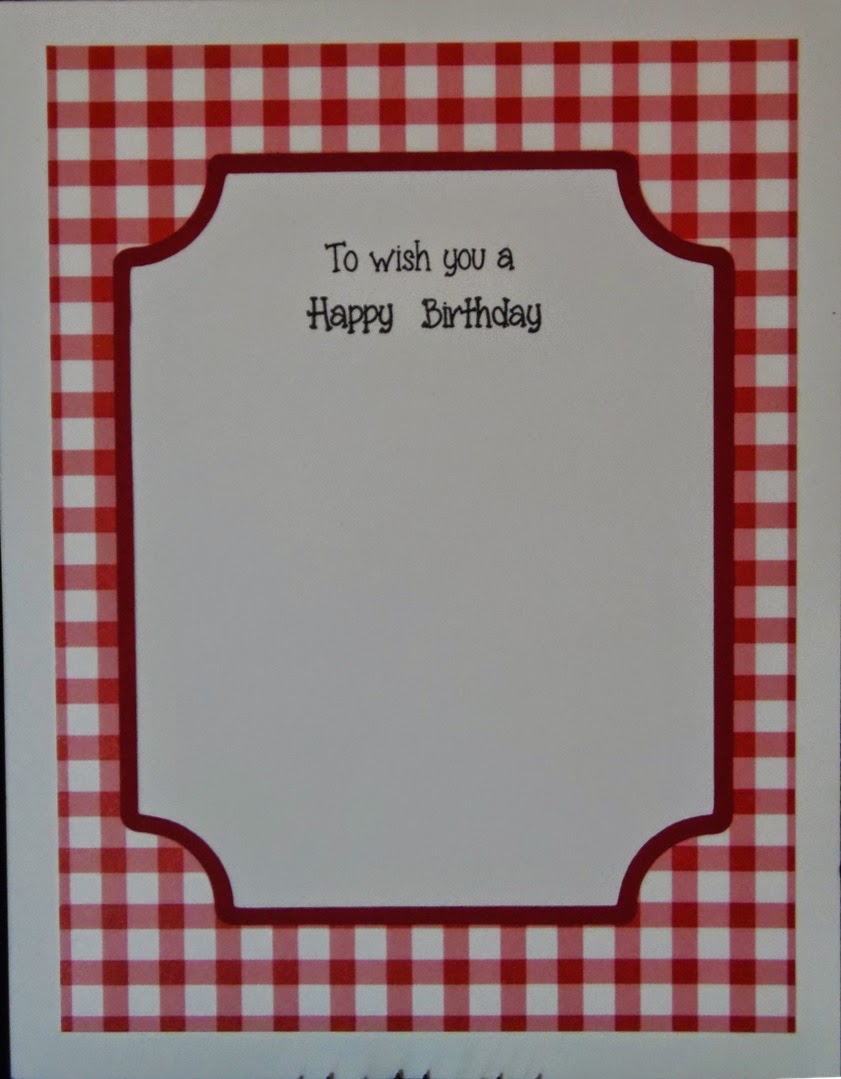 The inside of the card is also finished, because I couldn't leave you hanging now could I?  The inside answers the question of why the chicken did cross the road.  The gingham mat is 5"x3 3/4," and the mat is the same size as the front, using the same image from "Elegant Edges."  The sentiment is also from the Clucks Sentiments set.
Posted by Paula Bee at 10:14 PM