Over the weekend I got a Cricut Explore and this is the first thing I have made using it. 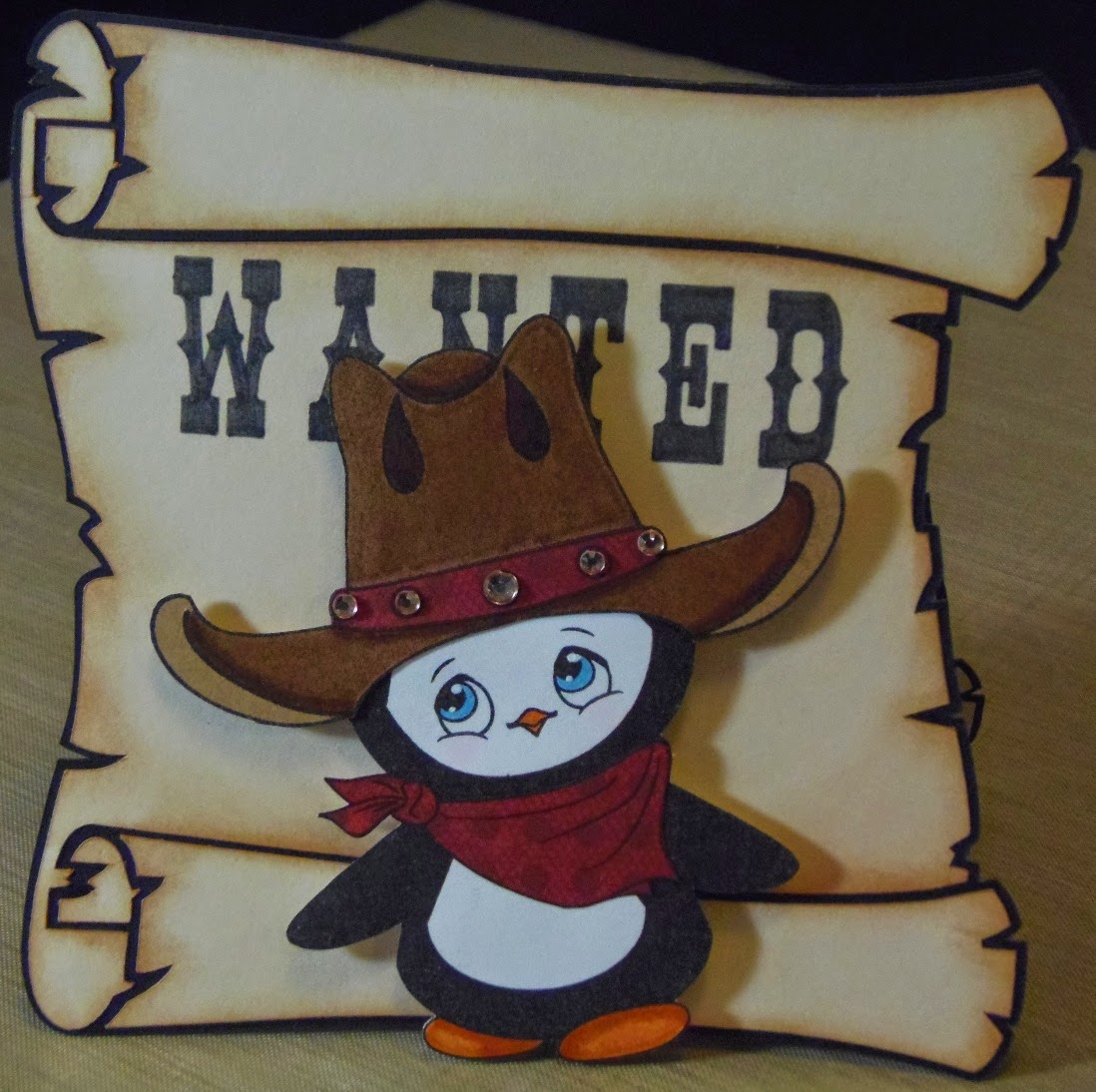 A cute shaped card for a birthday. 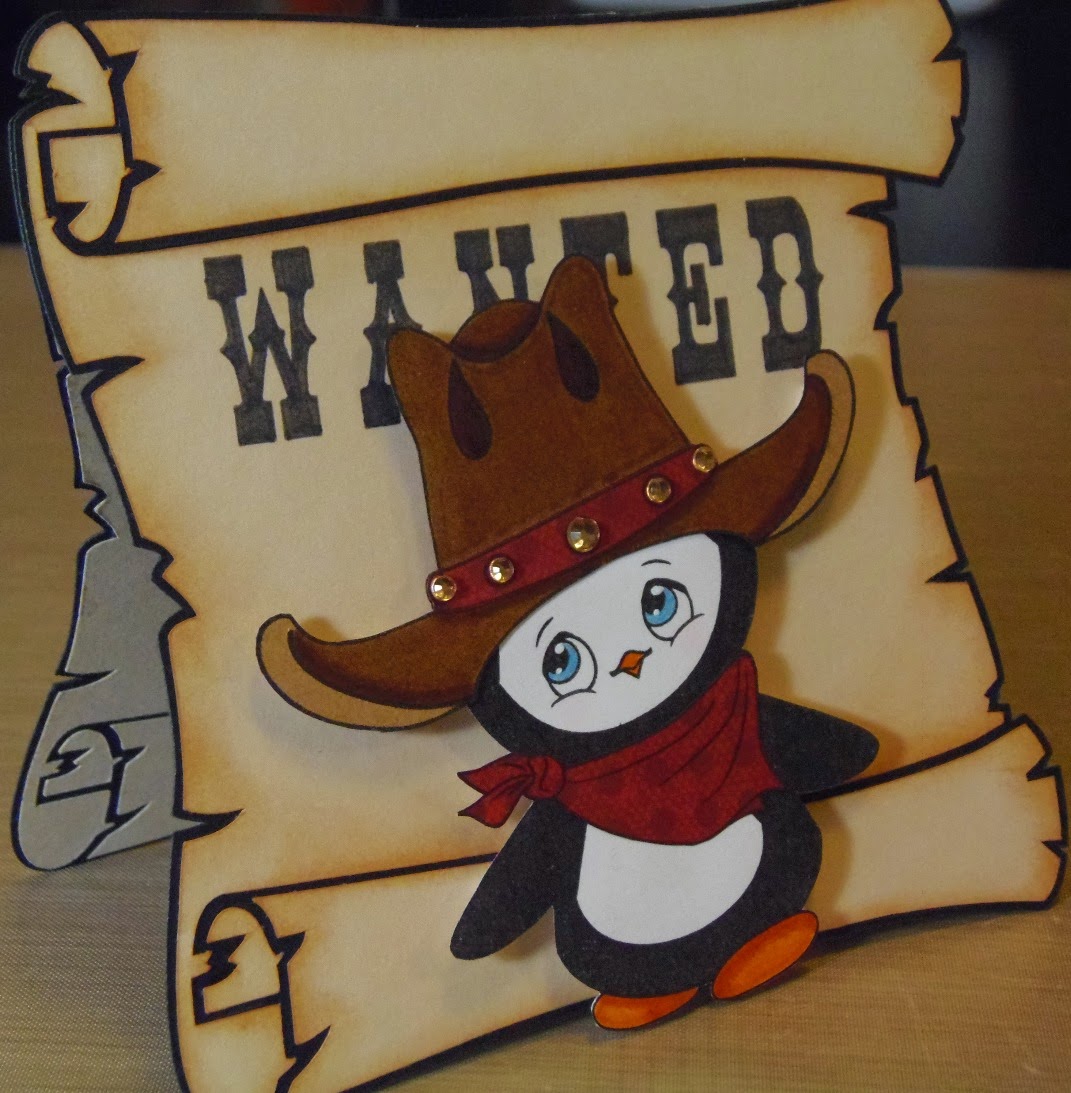 The card base is made from the map image on "Life's a Party," found on page 44 of the handbook.  I hid the cuts that make the trail and cut it twice, at 5," to create the card base.  I also used the pens to draw the word "wanted" on the scroll.  I used the "Old West" cartridge and the flourish feature for the font.  I then colored in the letters afterwards. 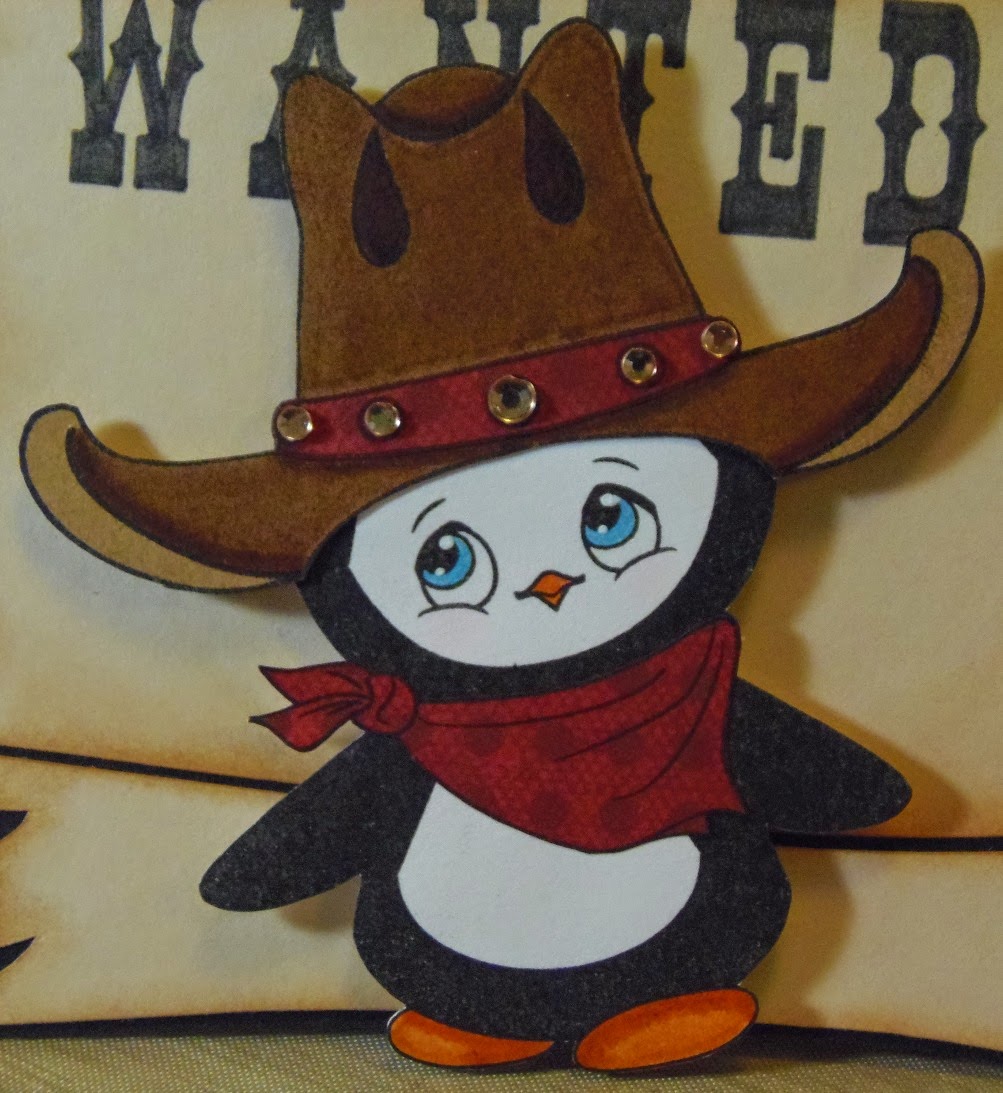 The penguin and cowboy hat are stamps from Peachy Keen Stamps.  The penguin and cowboy hat are from the new Faceless Cowboy Hat Snowman & Penguins.  I paper pieced the bandanna and hat band.  I then used some Distress Markers by Tim Holtz to color in the feet (spiced marmalade) and hat (vintage photo).  The face is from Happy Penguin Couples Face Assortment.  I used more Distress Markers on the eyes (tumbled glass) and beak (spiced marmalade).  I then used a white gel pen to accent the eyes.  I added some pale gold gems to the hat band.  I adhered the penguin with foam tape. 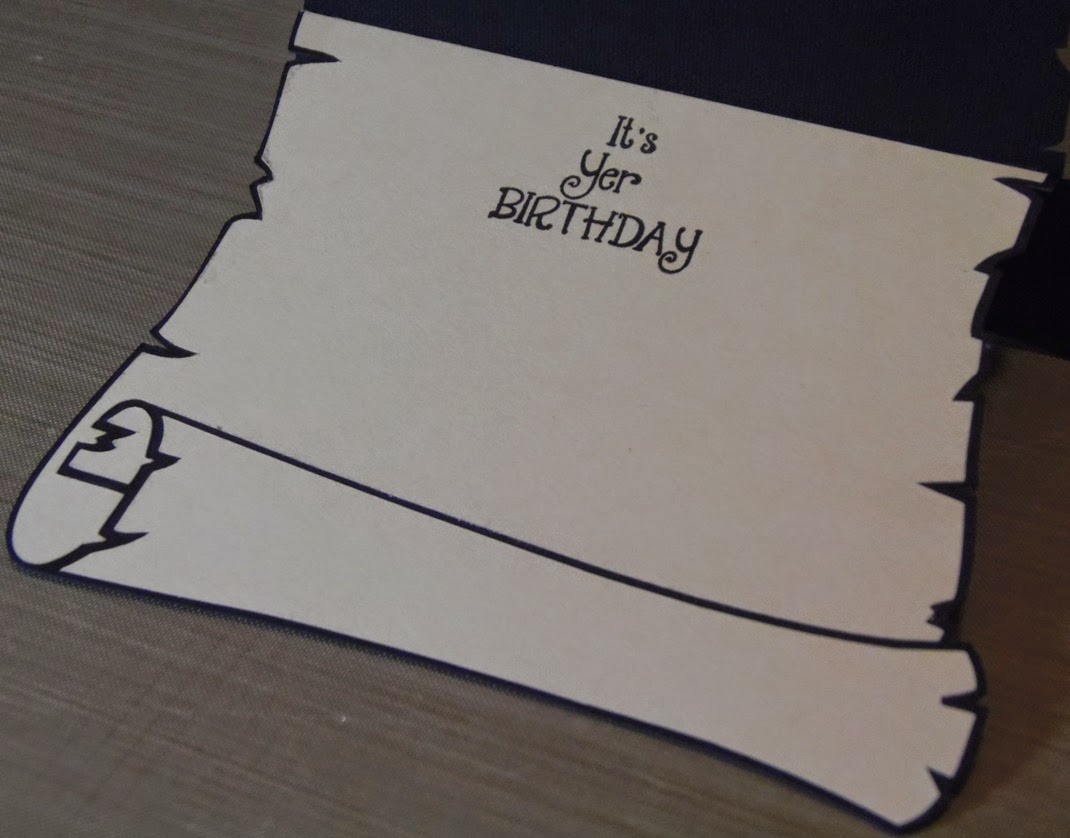 I used the Peachy Keen Holiday Sentiments set for the sentiment on the inside of the card.

I made this for the current challenge at Die Cuttin' Divas, which is shaped cards.