My Quilt is Done!

All right, so I have been working on this quilt for many, many months now.  I finally finished piecing it all together around the New Year.  Then I had to make the back and get the batting.  I sent it off to the quilter a couple of weeks ago and got it back last weekend.  Then all I had to do was bind it, which I managed to finish today! 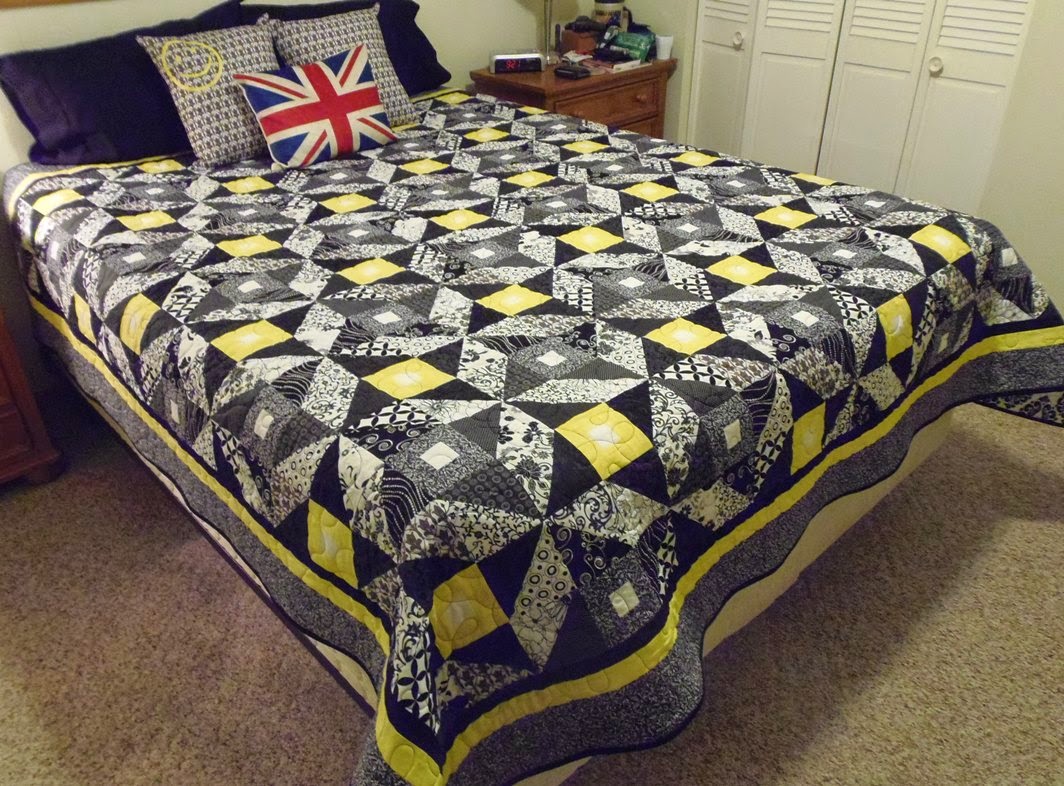 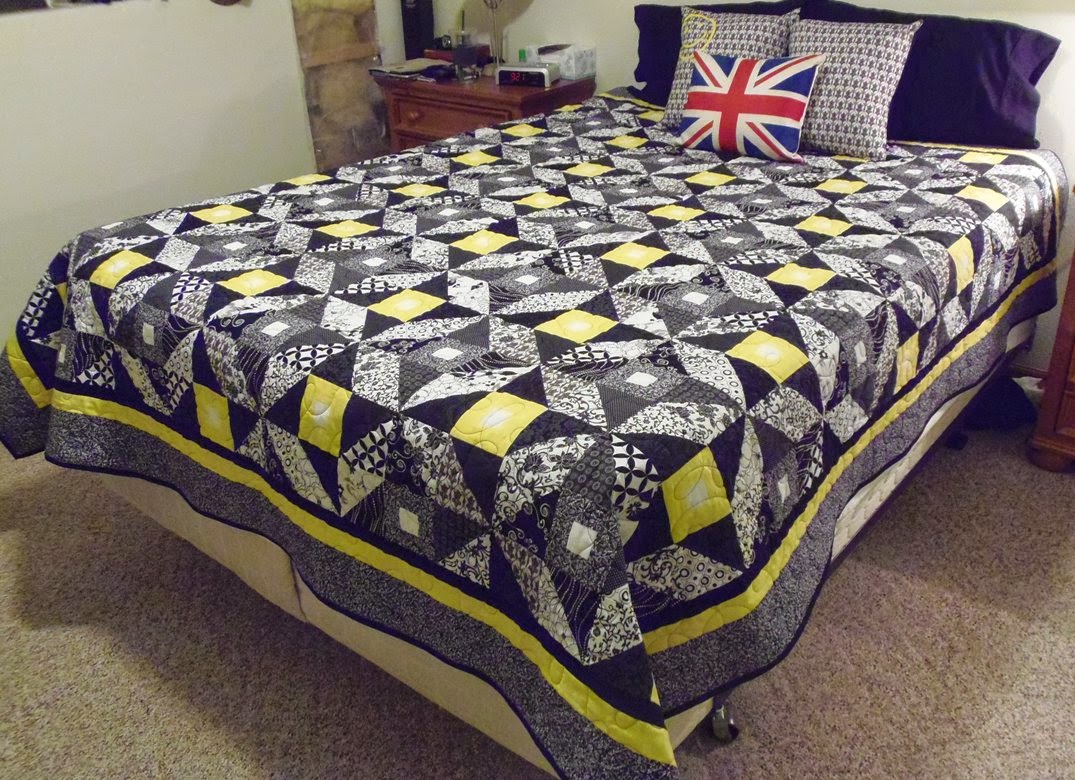 The quilt is about 90"x95" and was made specifically for our bed so that it would drape and cover the entire mattress.  The pattern I used was actually for a wall hanging.  I had to modify it slightly to make it into such a large quilt. 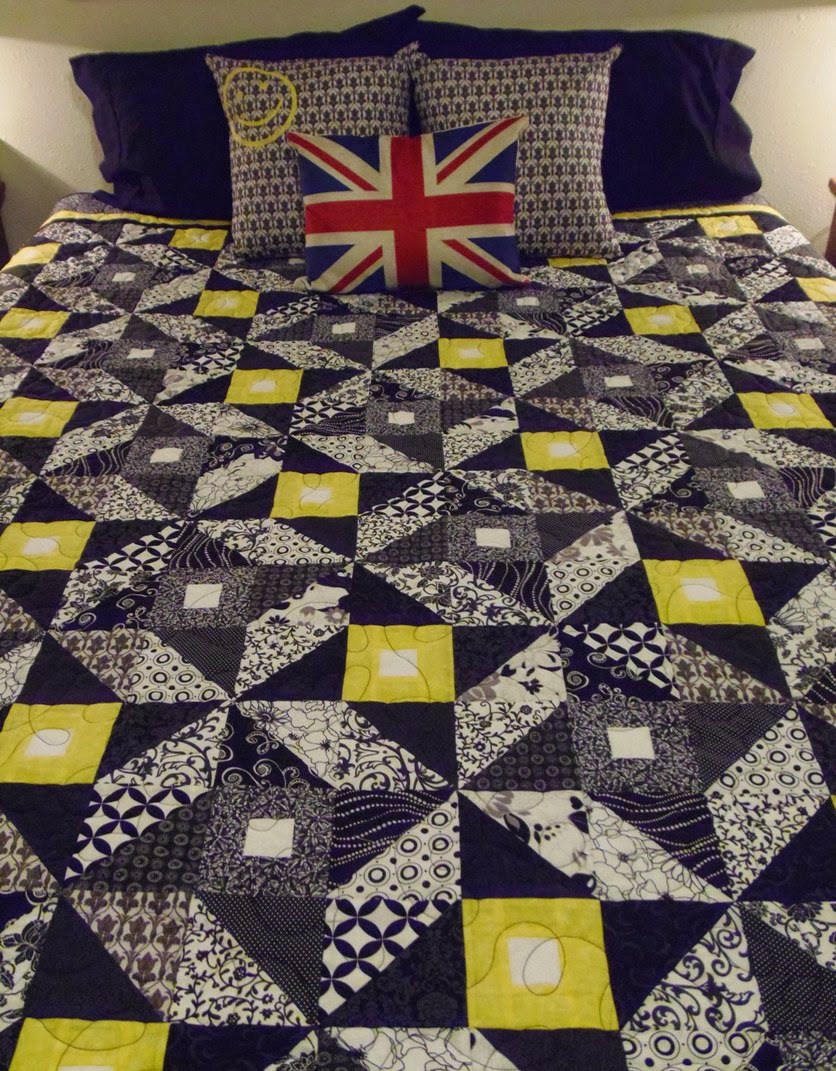 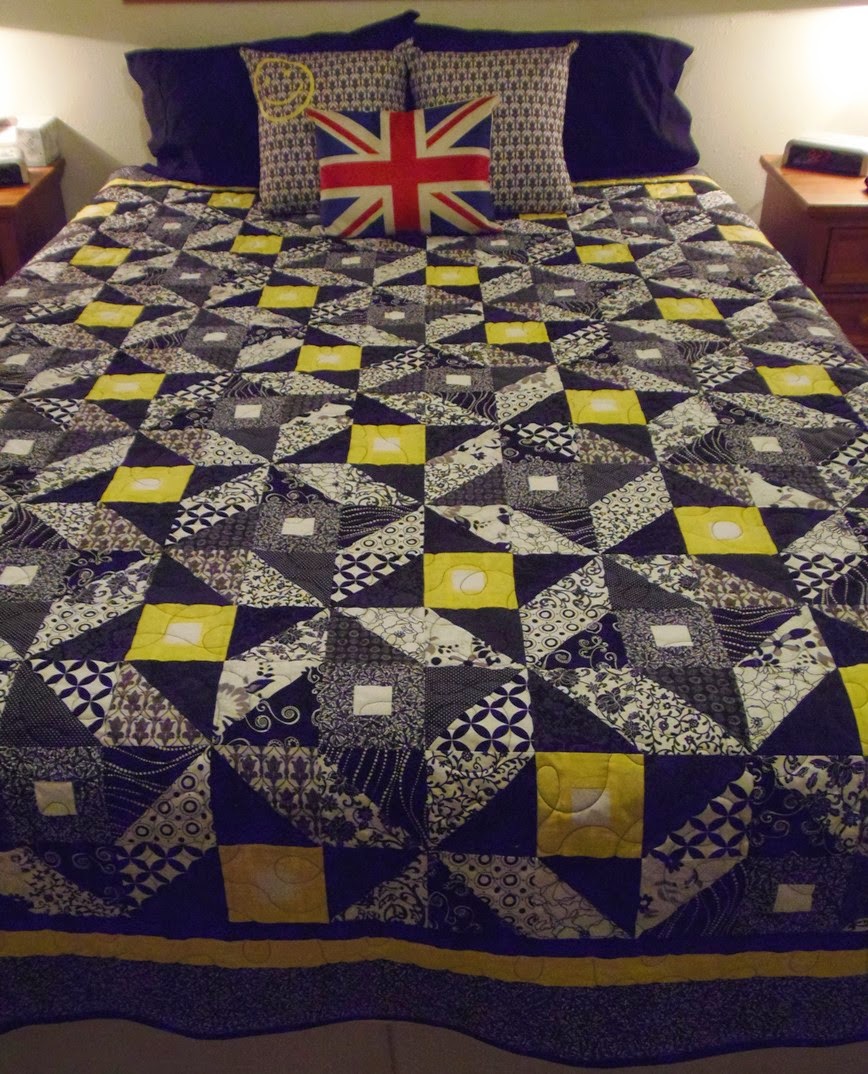 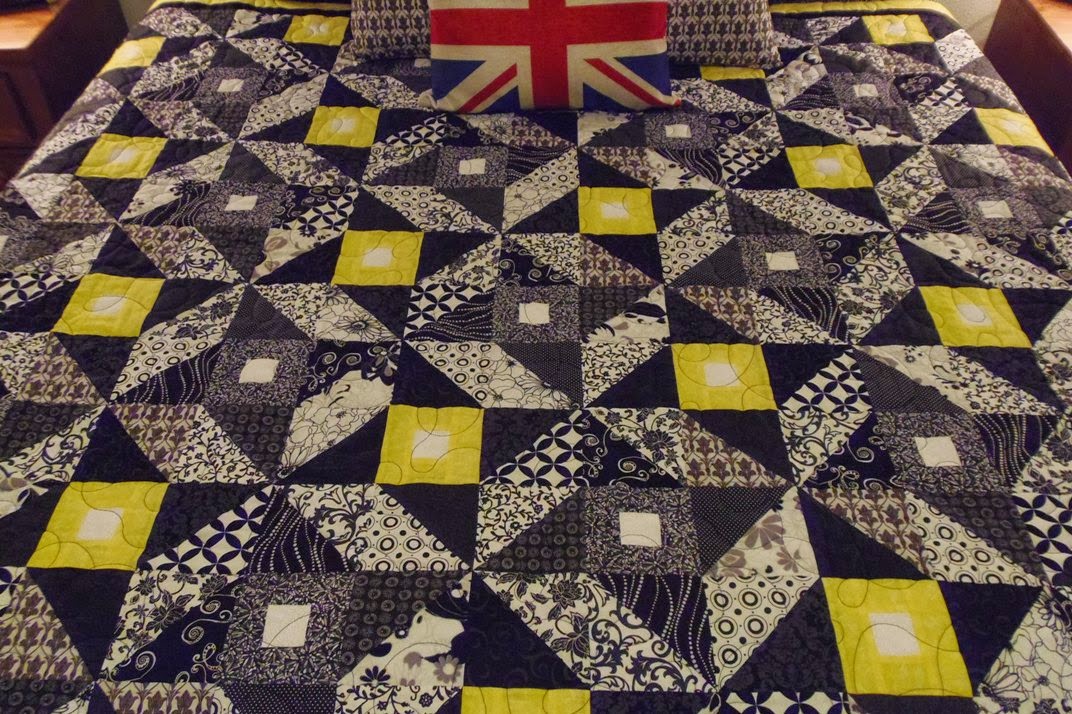 I went with a black and white theme, and added the pop of yellow, which I love.  I got most of the fabrics at work, JoAnn Fabrics.  The only one I got elsewhere is the fabric that is also used on the pillows.  It is in the pattern of the wallpaper in the BBC TV show "Sherlock."  I absolutely love the show and I just love the pattern and sprang for a couple of yards of fabric with that pattern printed on it.  I used it in the quilt and had enough left over to make a couple of pillows in the "Sherlock" theme. 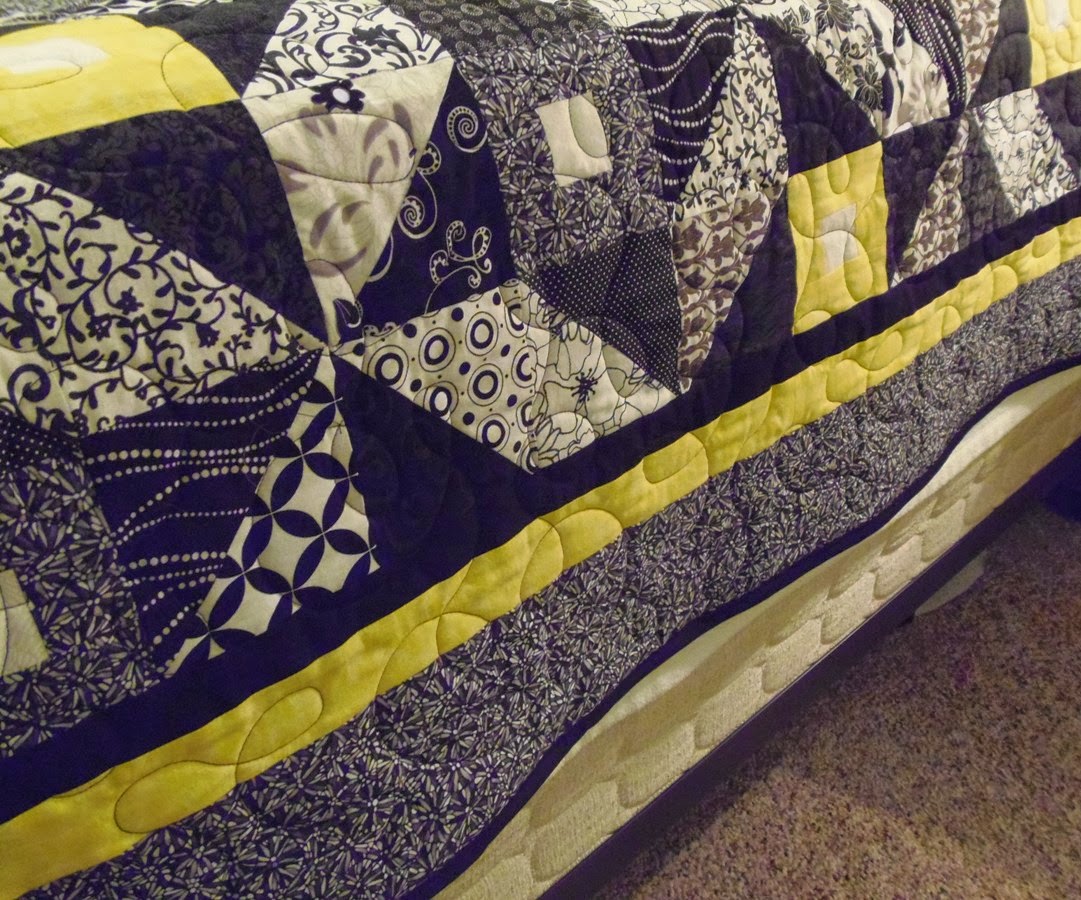 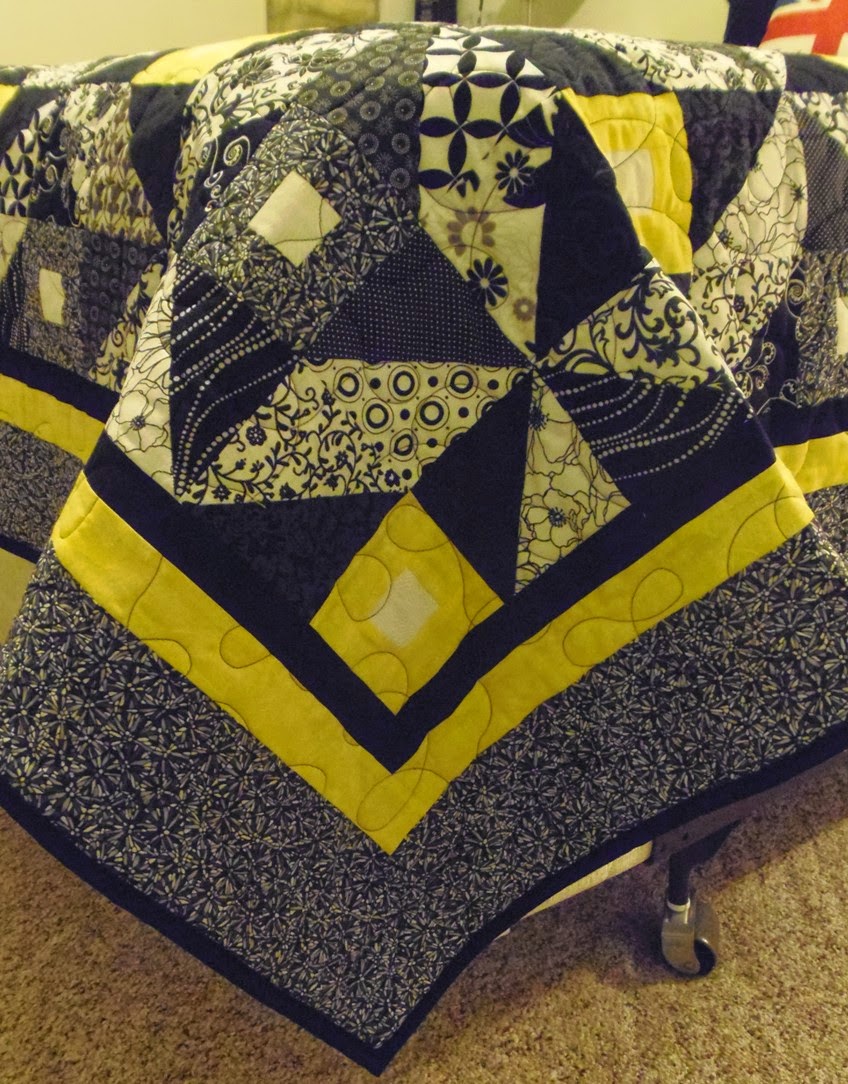 Here are a couple of shots to better see the borders and binding.  The quilter did a lovely job as well. 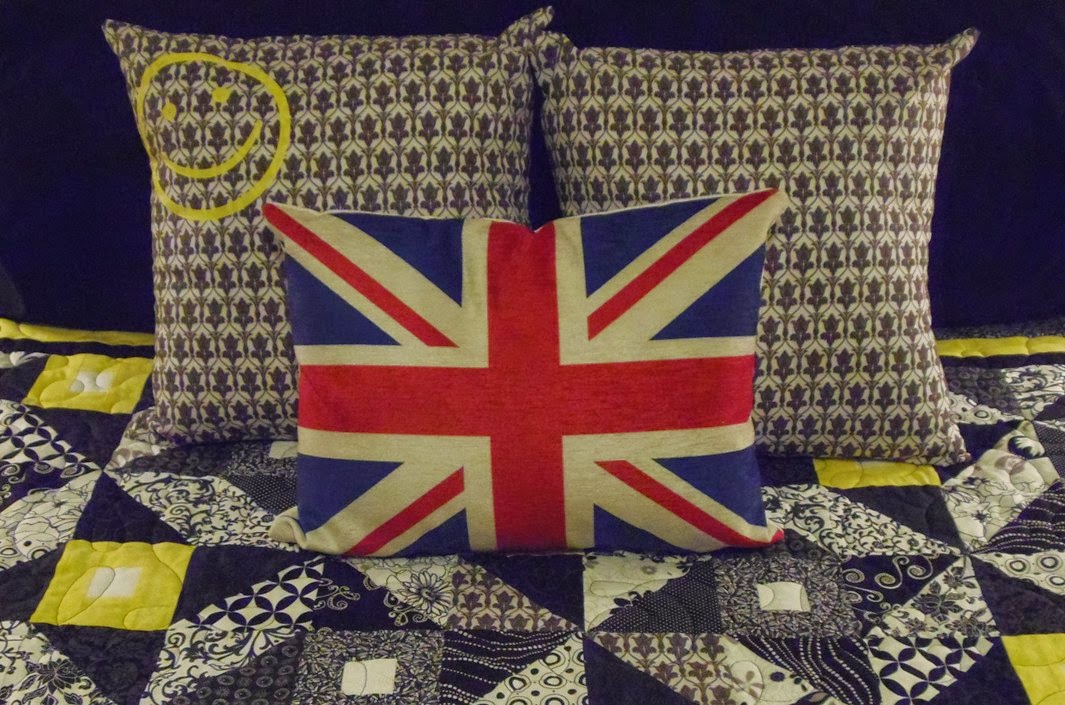 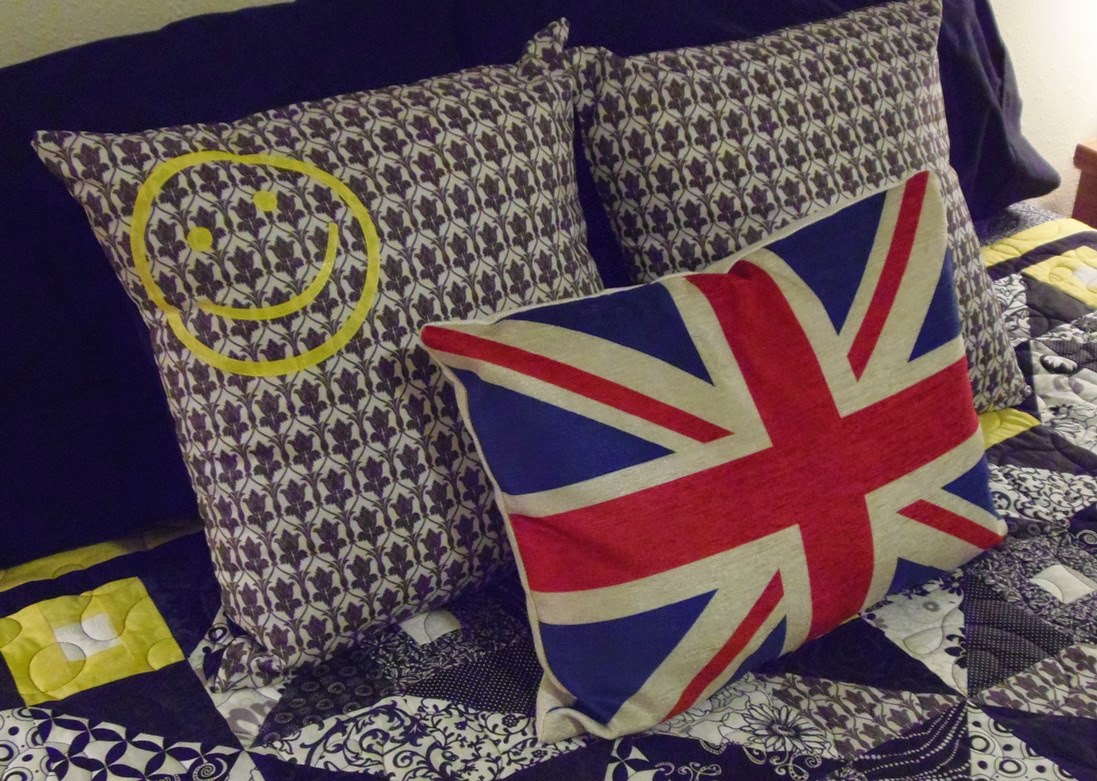 The Union Jack pillow was one I purchased.  I made the other two though.  I bought two 16" pillow forms and then made custom pillowcases for them.  I used that "Sherlock" themed fabric on the front and just used plain black on the back.  I sewed the cases so that they are an envelope style, meaning they have a flap in the back so that I can remove the pillow for washing if necessary.  That way I didn't have to mess with a zipper. 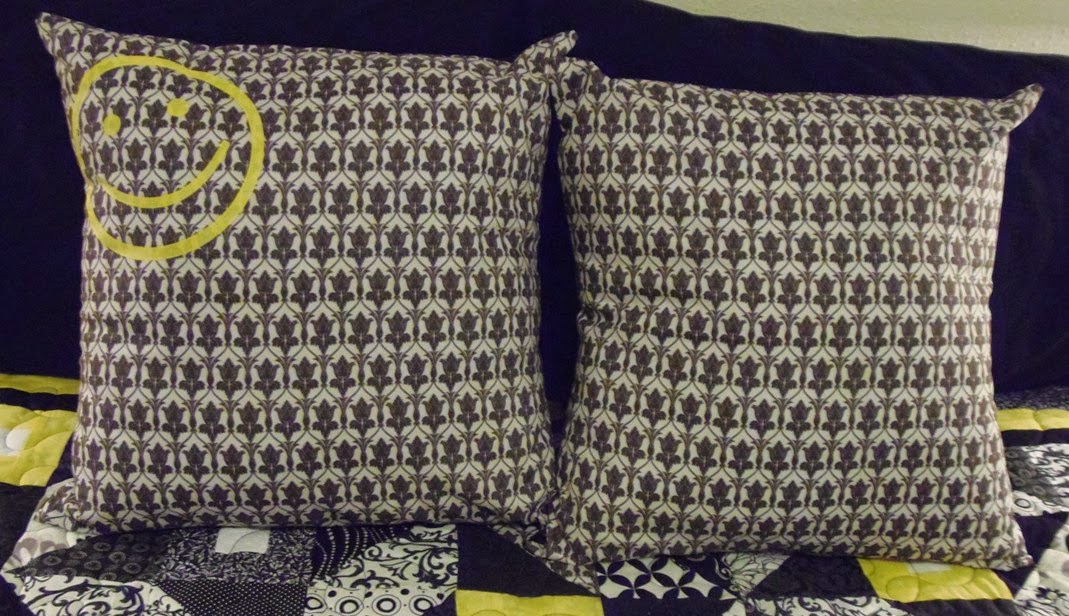 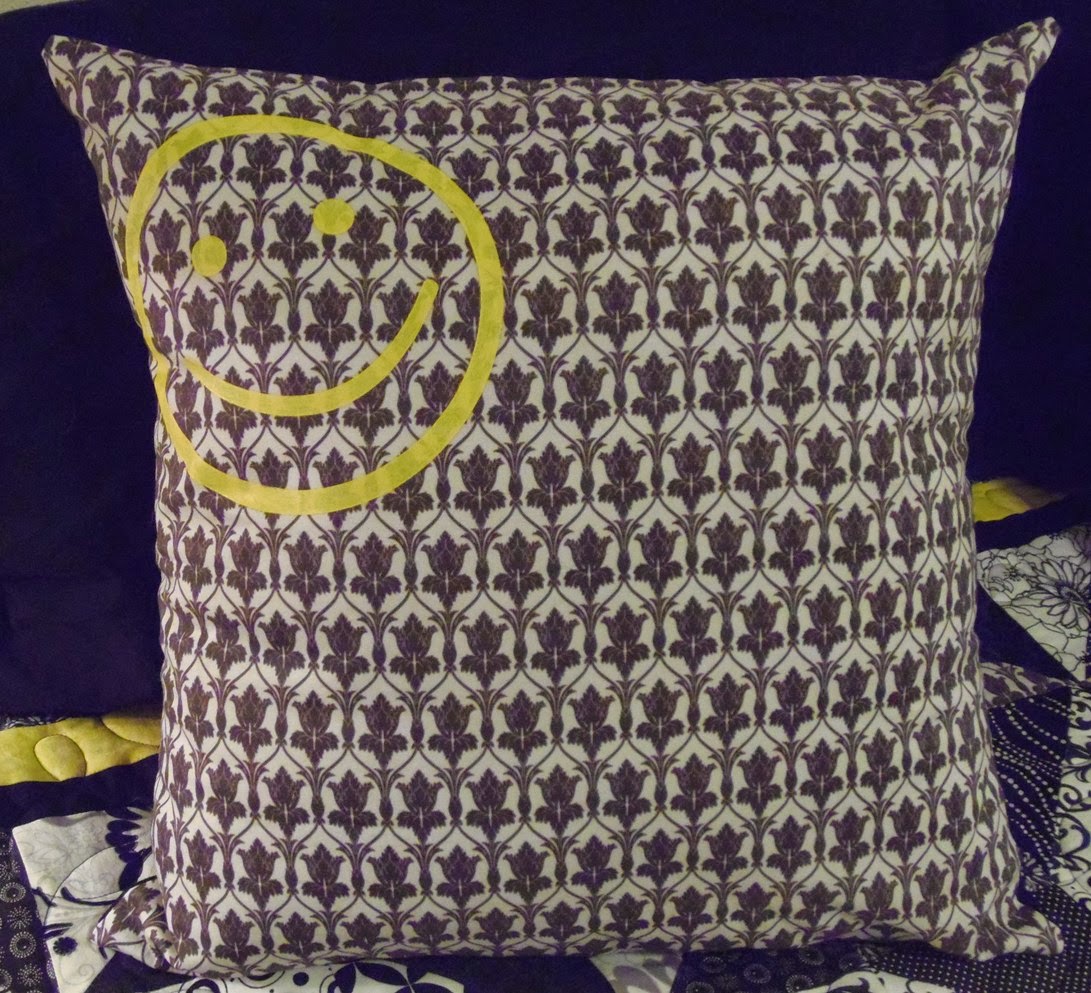 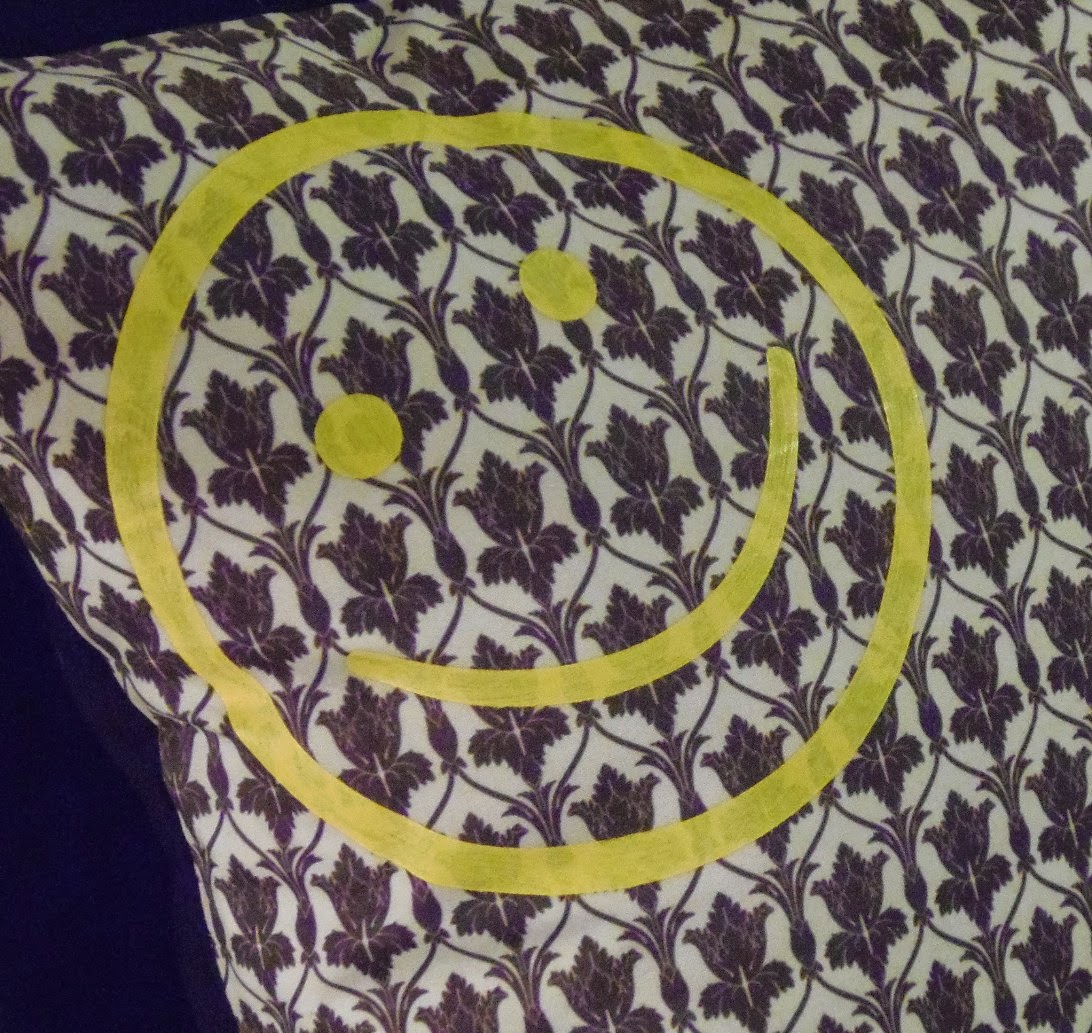 I left one of the pillows plain, but if you have see the show you know that Sherlock and John have a smiley face spray painted on to their wall.  I just had to recreate that look on one of the pillows.  I made the smiley face myself by manipulating some images in Cricut Design Space.  The outer circle is called "ring" and is on the "Paper Pups" cartridge.  I sized it to 5.85."  The eyes and smile of the face were made using a cut from the "Toy Story" cartridge.  It is a face of Lotso Bear, using the icon feature, found on page 66.  I kept just the dots of the eyes and his smile, hiding all other contours.  I sized the face to fit in the circle, then cut it out of freezer paper.  I was then able to iron the freezer paper on to the fabric and use it as a stencil to paint my image on to the pillowcase.  I used some yellow screen print fabric paint.

I am currently working on the bed skirt to finish off our bed.  I also have plans to make some curtains.  Someday soon I will actually have a grown-up bedroom of which I will be proud.  Getting this quilt finished was the first major step in that direction.  :)
Posted by Paula Bee at 10:29 PM