I made the coolest card today!! 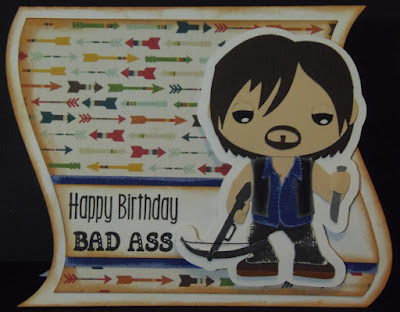 Daryl Dixon, from "The Walking Dead," one of the biggest badasses on the show! 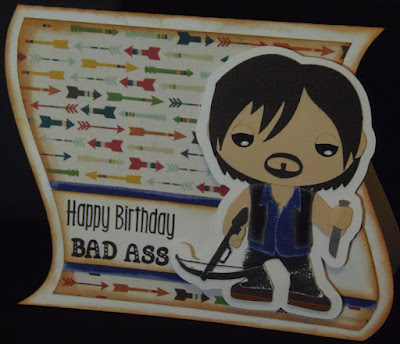 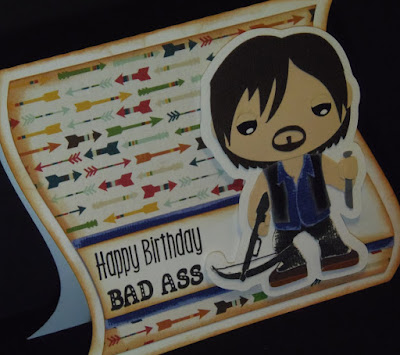 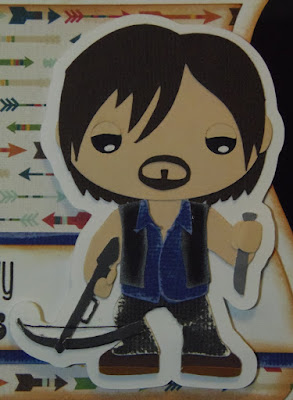 Daryl is also from SVG Cutting Files.  He is a cut file you can get if you are a member of the SVG Cutting Files Galleria on Facebook.  I cut him at about 3 3/8" tall.  I used the offset feature in Silhouette to create a shadow, the offset was .15."  I distressed his jeans and the shirt.  I also added a little white ink around the vest.  I also used a white gel pen to add some detail to his eyes.  Finally, I strung the crossbow using some black thread. 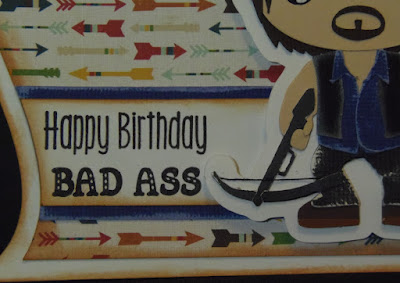 The sentiments are from Jaded Blossom.  The "happy birthday" is from So Many Birthdays and "bad ass" is from Sassy Pants.