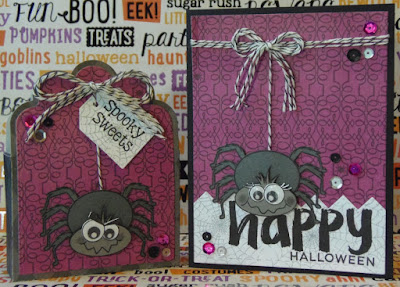 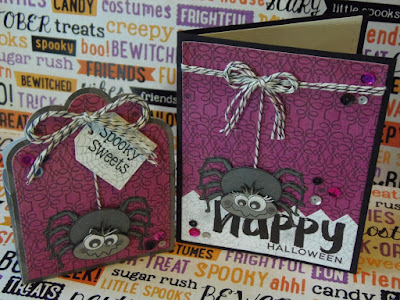 I made a Halloween treat container and coordinating card.  This was made with dies and stamps from Jaded Blossom and some face stamps from Peachy Keen. 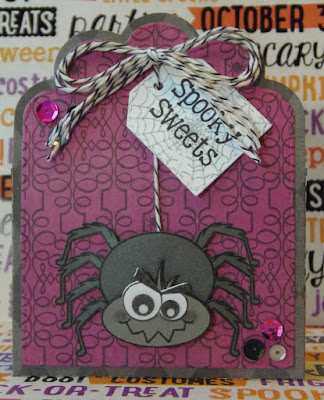 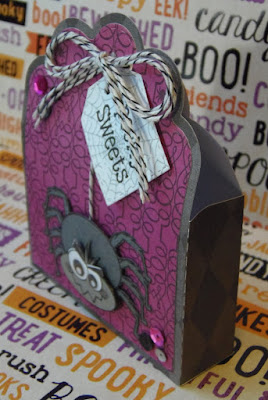 The treat box was made using the Scallop Caddy Die.  I cut it out of black diamond card stock from The Bewitched Stack by DCWV.  The layer is from a purple spider card stock from the same stack.  I put it together, then punched two holes at the so that I could string baker's twine through for closure. 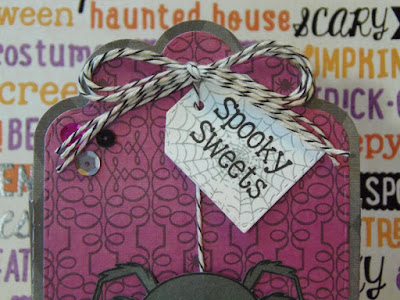 The tag was made using a die from the Mini Tag Dies 2 set.  I stamped the spider web from the Halloween Paint Splatters stamp set in London fog ink by Tsukineko.  I then used the Halloween Treats stamp set for the sentiment. 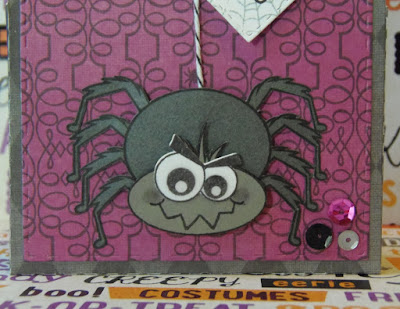 The spider is from Spidey Senses.  I stamped it on dark grey card stock and used my Brother Scan n Cut 2 to cut it out.  I just had to fussy cut the parts between the legs.  I also fussy cut the head, which I then adhered with foam tape for dimension.  I also adhered the spider to box using foam tape on the center of the body while gluing the legs down.  I used a piece of baker's twine behind it for its string.  The face is made of two Peachy Keen stamps.  The eyes are from The Uglies Face Assortment, which I cut out from white card stock.  The mouth is from the Monster Mash Face Assortment.  I added a little black chalk on its cheeks. 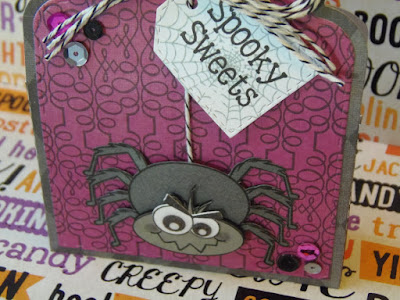 The bag was finished off with some sequins. 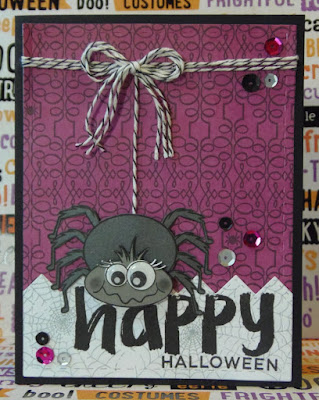 The coordinating card was made from black card stock.  I used the Card Mat Dies to cut a purple layer.  The white layer was also cut with the Card Mat Dies, but I also used the Border Dies to create a zig zag top.  I stamped the same spider web from Halloween Paint Splatters in the same ink on the white border.  I then used the new Happy Hello and Happy Hello Add On to create my sentiment.  I wrapped the mat with baker's twine and tied it in a bow, using more to create the string from which my spider is hanging. 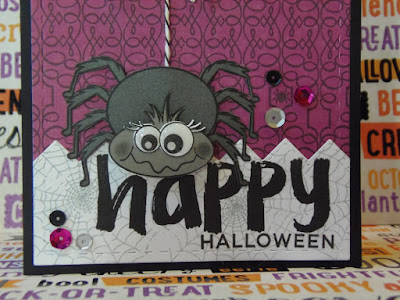 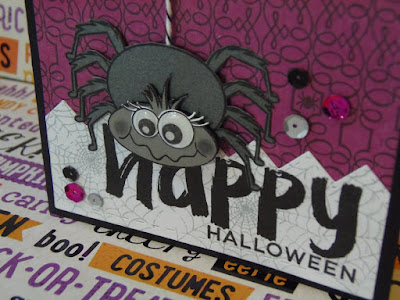 The spider is the same one from Spidey Senses that I used on my box.  I cut it the same way and adhered it the same way.  The face is from the same Peachy Keen stamp sets, I just used a different set eyes and mouth.  I finished off the card with some sequins.