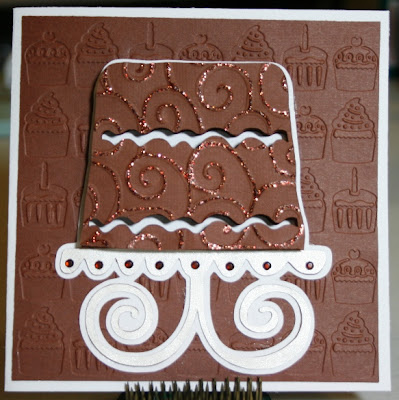 This is a 5"x5" card. I used white cardstock for the base. I cut some brown cardstock at 4 3/4"x4 3/4" and then embossed it with one of the Once Upon a Princess companion folders & my Cuttlebug. I used the debossed side to actually display. I cut the cake out four times at 4 1/2." Once in white, using the shadow feature and three times in brown. I then cut the stand in a shimmery white cardstock. I adhered the shadow feature to the card base, then one of the brown cakes to the shadow. I then adhered the cake stand on. I cut off the cake stand on the other two cakes and embossed one with the D'vine Swirls folder. I then used pop-dots to adhere each cake on top of the previous one. I then used cinnamon Stickles on the swirls of my embossed cake for some glitz. I finished it off with some brown gems on the cake stand. Enjoy! 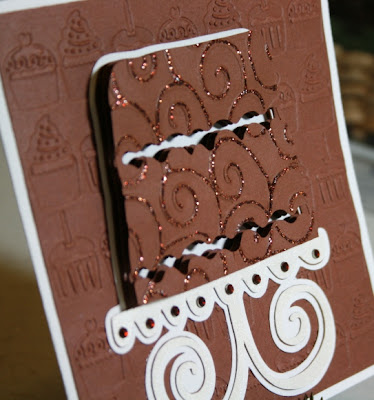