A Couple of Christmas Cards 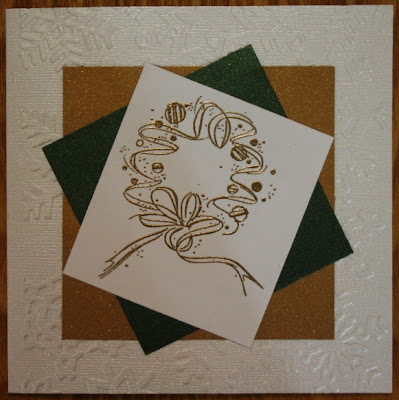 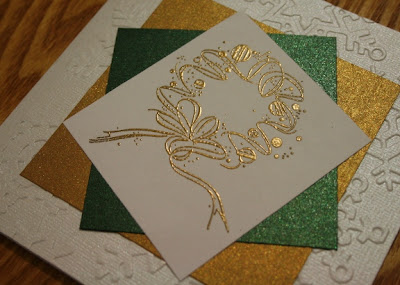 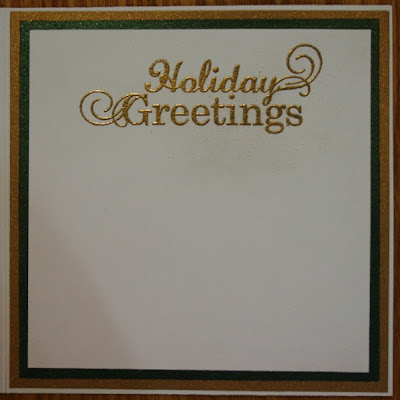 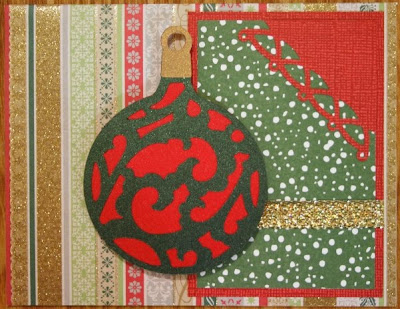 For my second card I used the sketch at Die Cuttin' Divas. I am also entering it into Cooking with Cricut's "anything goes" challenge. This is a 5 1/2"x4 1/4" card. I used a pre-made DCWV card for the card base. I cut some red Core'dinations cardstock at 4"x2 3/4" and some patterned green paper at 3 3/4"x2 1/2." I cut a triangle from the red cardsock and used a Martha Stewart border punch on the edge of it. I also wrapped the rectangle with some gold ribbon. The ornament is cut from the Christmas season cartridge and pop-dotted to the card. 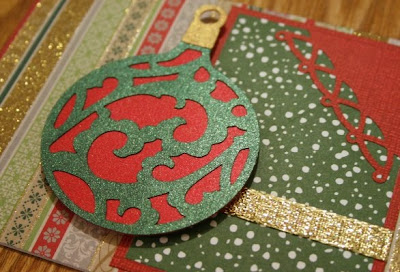 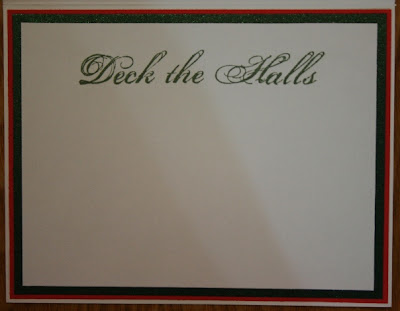