Since I am not putting titles on these little 8"x8" jungle layouts for my friends it is hard to know what to name the posts!  ;)  This is another one for the little companion album.  I should only have about three or four more double layouts or six or eight singles left.  Depends on exactly which pictures I decide to go with.  Here is the one I came up with for some shots of their kiss in the jungle: 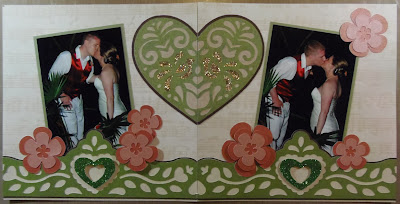 The photos are 3 1/2"x5" and matted with some green cardstock, cut at 3 3/4"x5 1/4."  I used Folk Art Festival for the borders, which are cut at 2 3/4."  I adhered the photos down, then added the borders.  I trimmed them off on the outside edges since they were a little longer than 8" wide.  I covered the hearts on the border with some green glitter, then used foam tape to adhere them for asome dimension.  I also used folk Art Festival for the heart.  I cut it at 4."  I layered it all togher, then cut it in half so that I could put one side on each page.  I then used some platinum Stickles to "color in" the birds within the heart.  The flowers are all from Cricut Essentials, cut at varying sizes from 1 1/2" to 2 1/4."  I used foam adhesive to adhere some of them down as well. 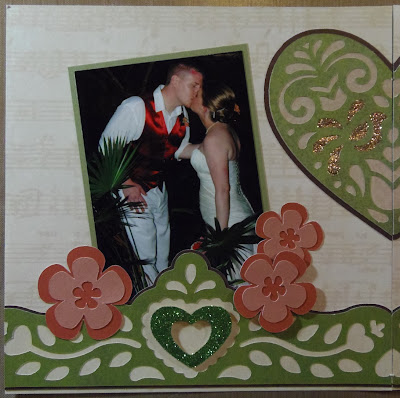 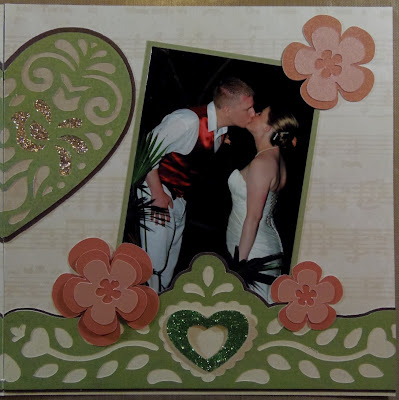 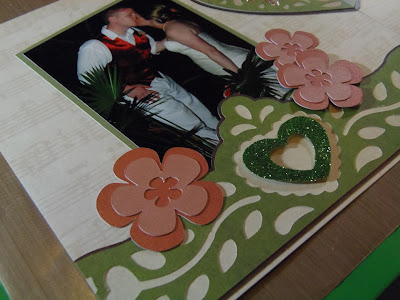 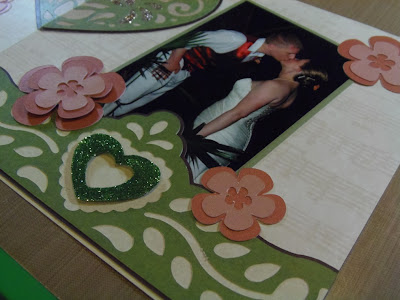 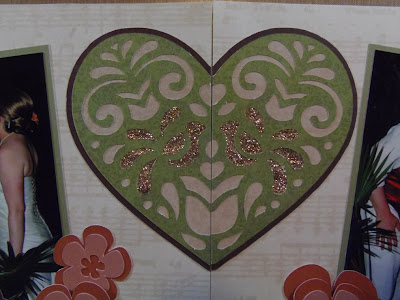