At JoAnn Fabrics, where I work, we are supposed to have displays of "live" samples.  These are things we have made in-store (or at home, in my case) to feature our fabric and craft items.  Each month the company sends us items that they require us to make, the rest are left up to each store.  This card is one of those required items.  The company sent us a picture and instructions on how to make the card.  However, we don't have any of the machines or dies that were used to make this card.  Hence why I made it at home, I have a Cricut, Cuttlebug, & a Silhouette.

Here is the example of the card they wanted us to make: 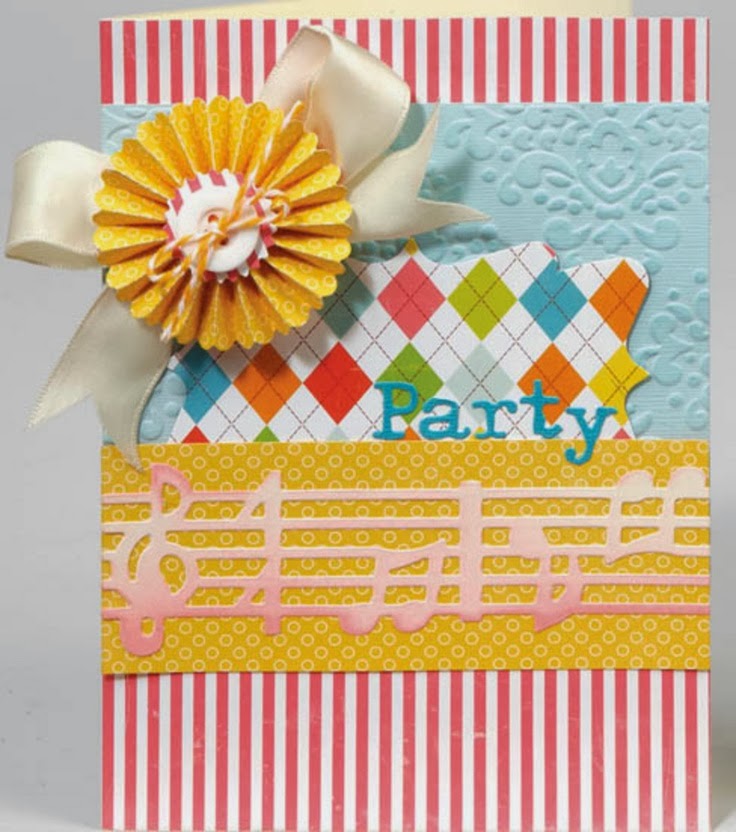 Of course the print-out that I got to reference was in black and white and the instructions they sent were really not great.  There were no sizes referenced for anything or what specific papers they used, so I just made something similar, using paper scraps that I happened to have on hand.

Here is my version: 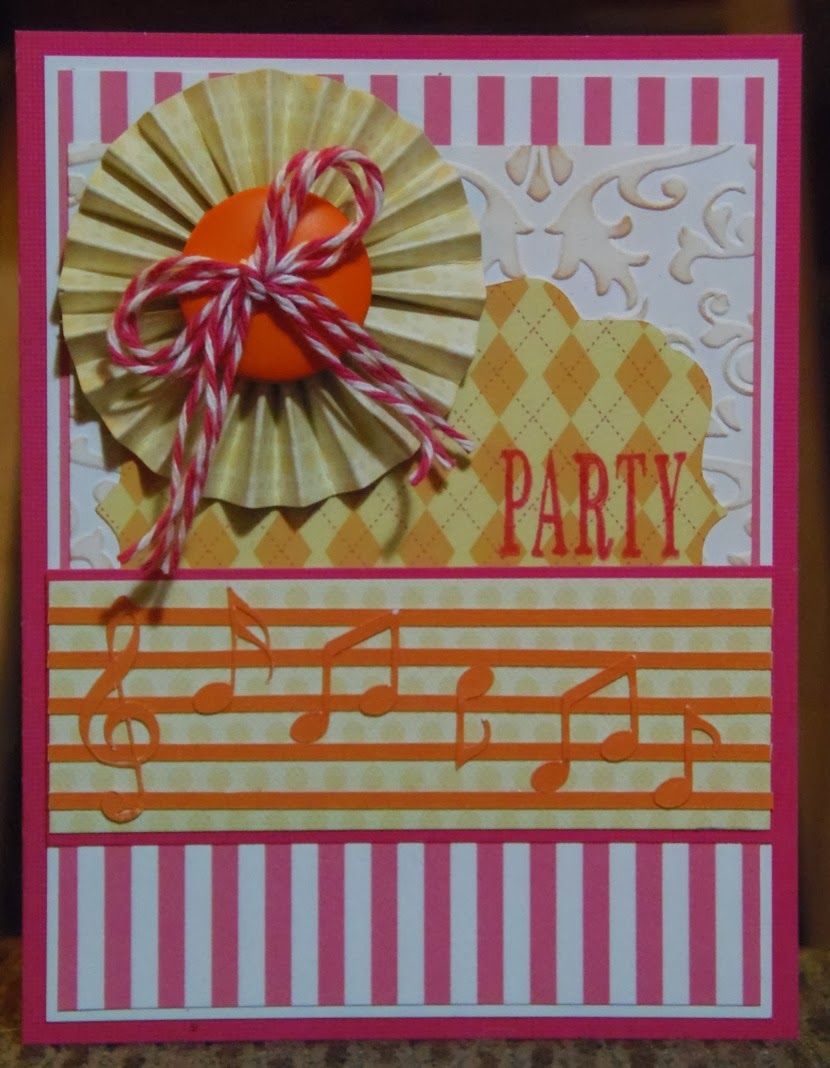 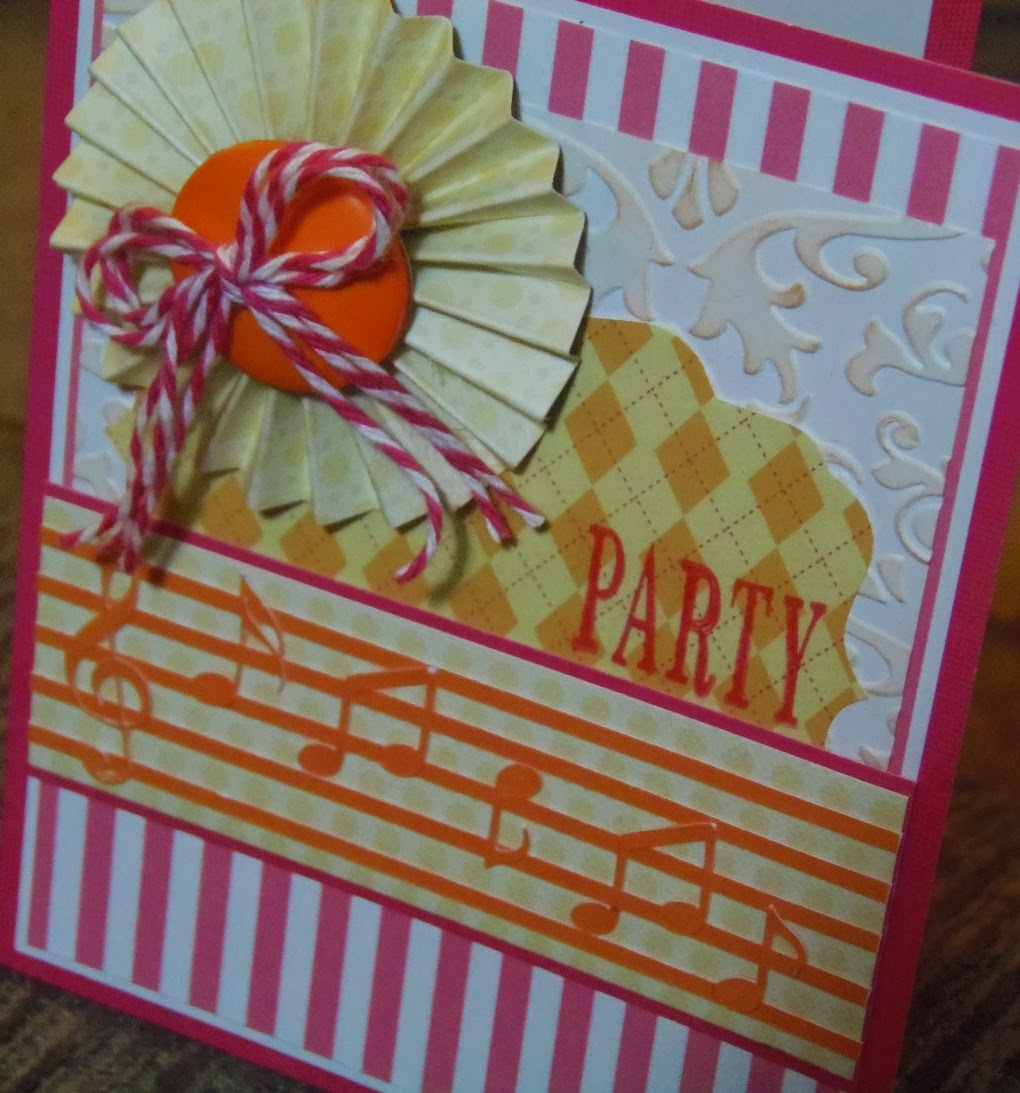 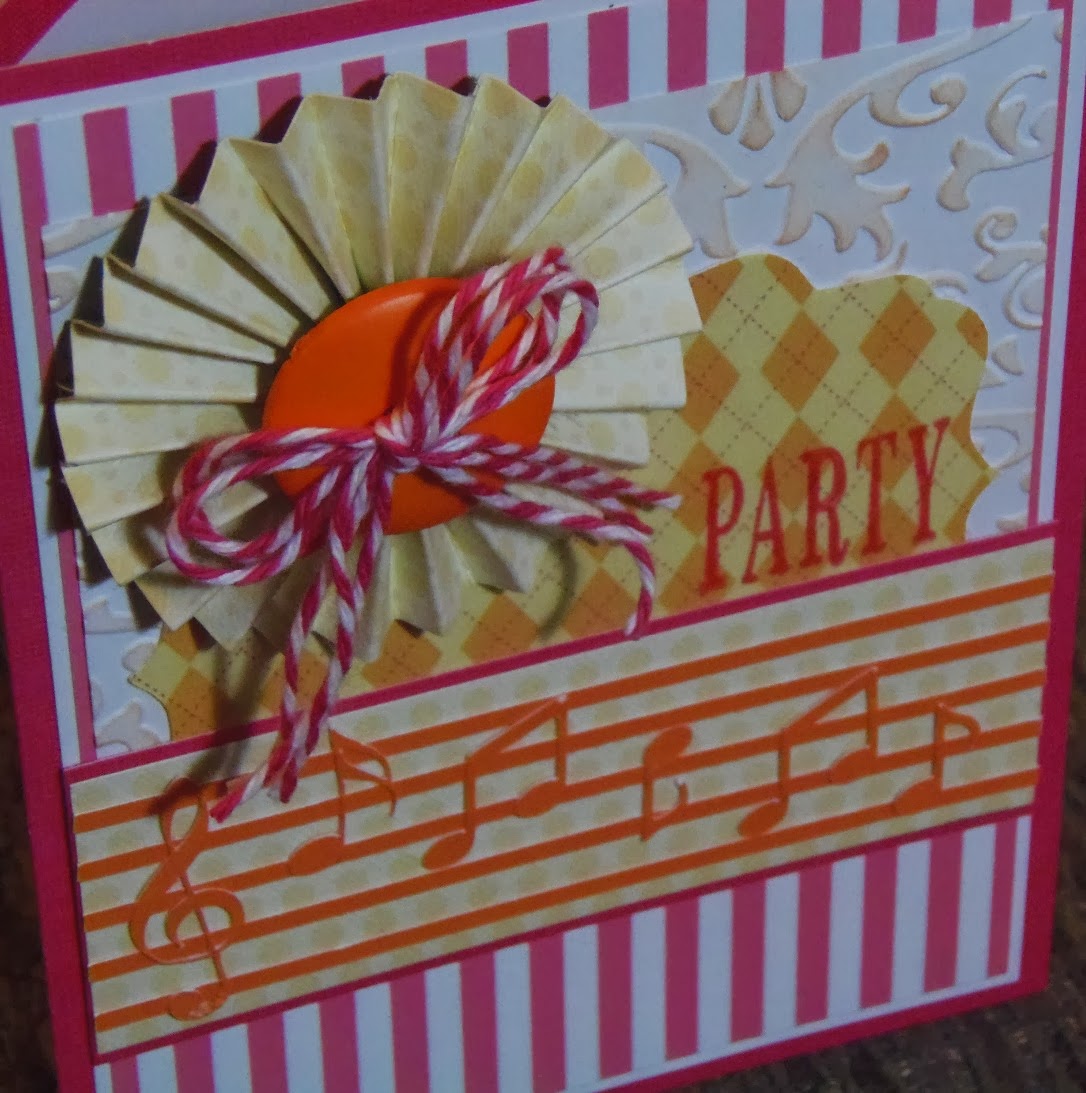 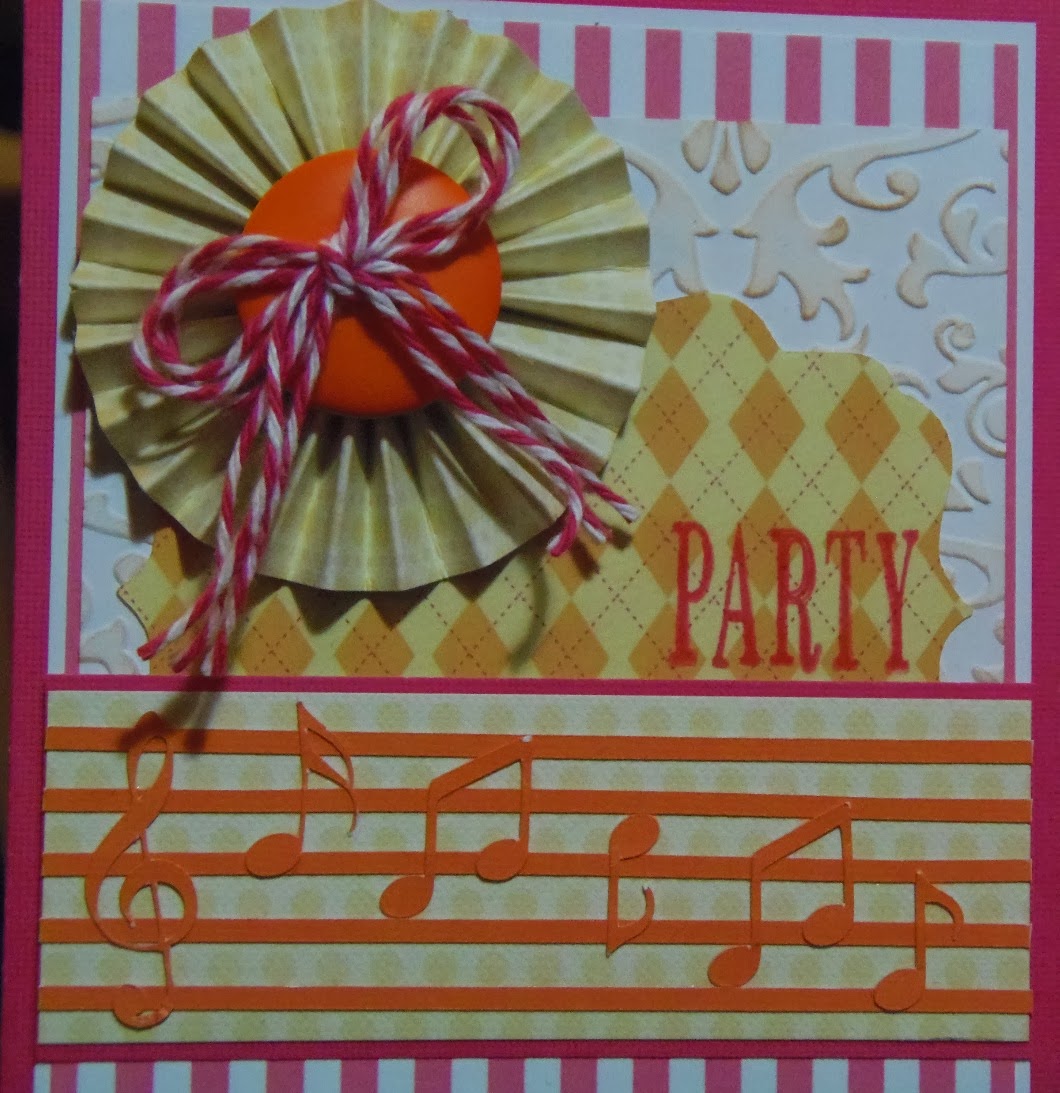