I made a t-shirt, a bow tie, and a hat (which can only be worn when attached to a headband). 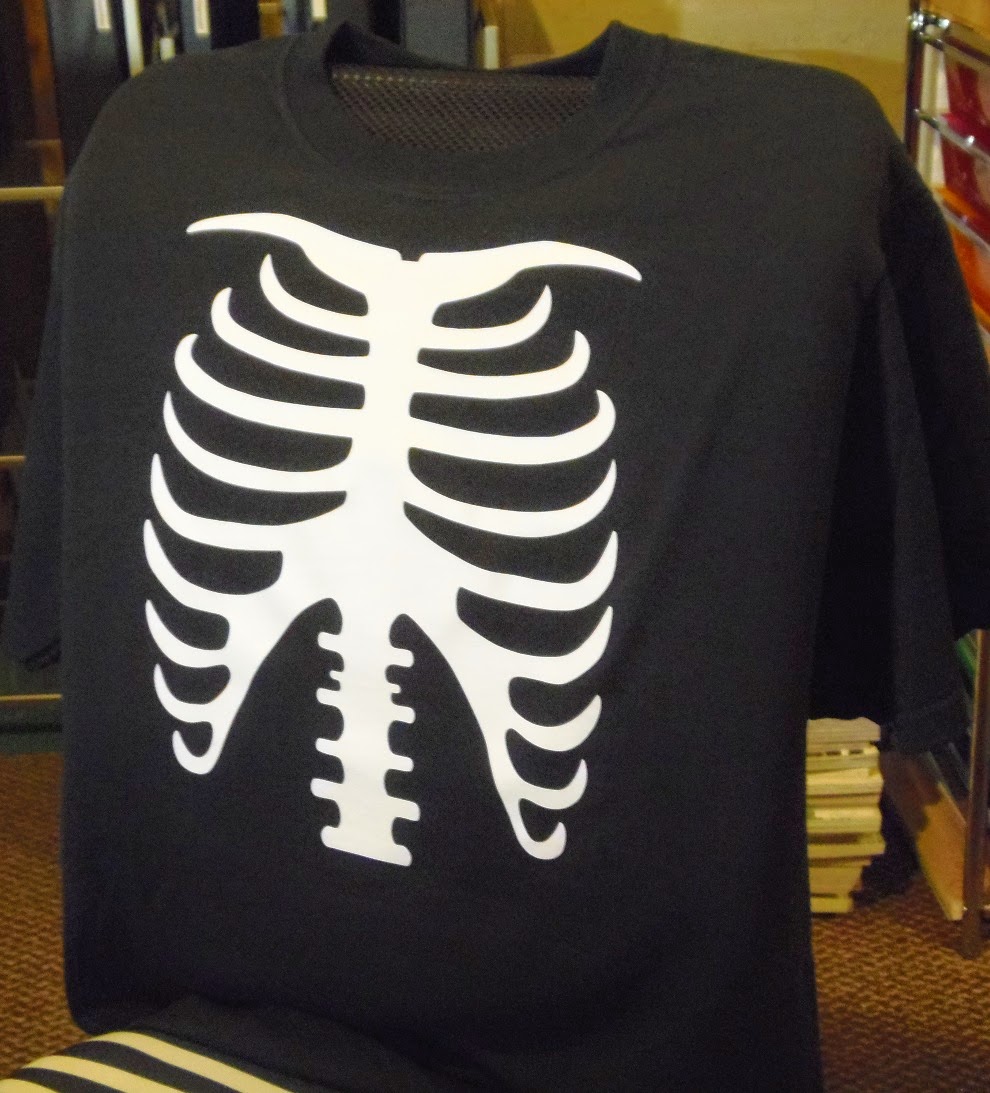 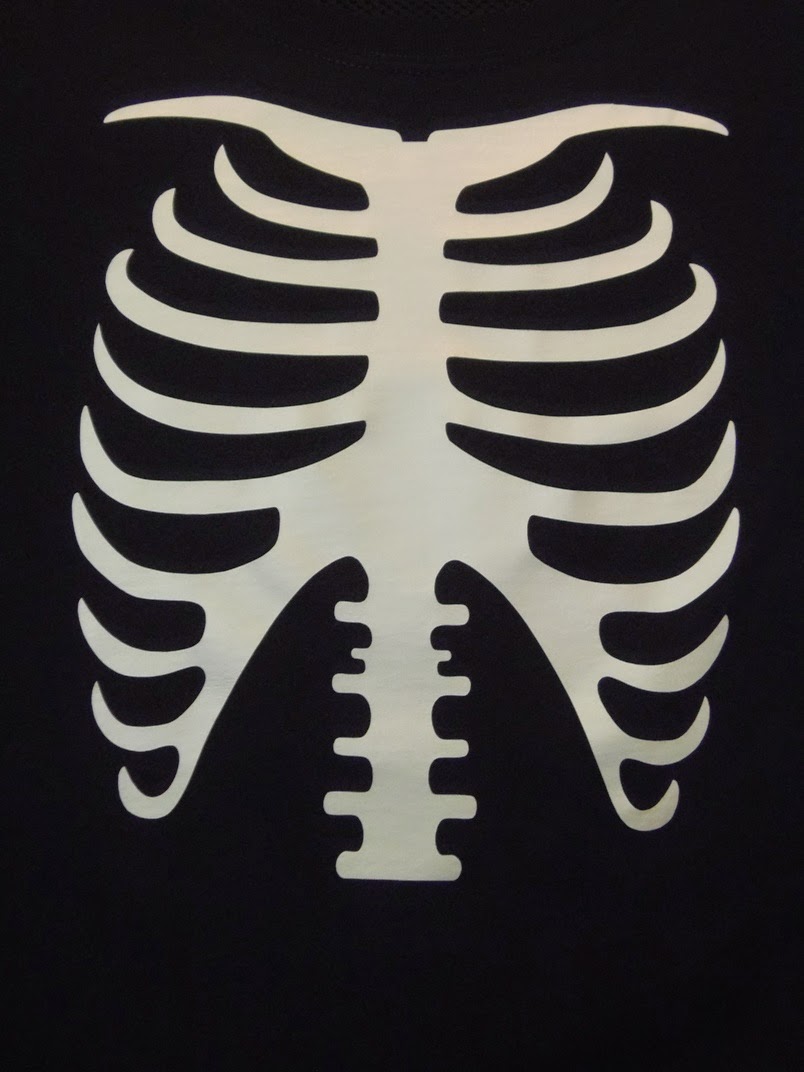 I used a black t-shirt and some white iron-on vinyl.  I used the "skeleton rib cage" cut file (#14073), by Silhouette, from the Silhouette store for my image.  I cut it at about 11" tall and ironed it on to the t-shirt. 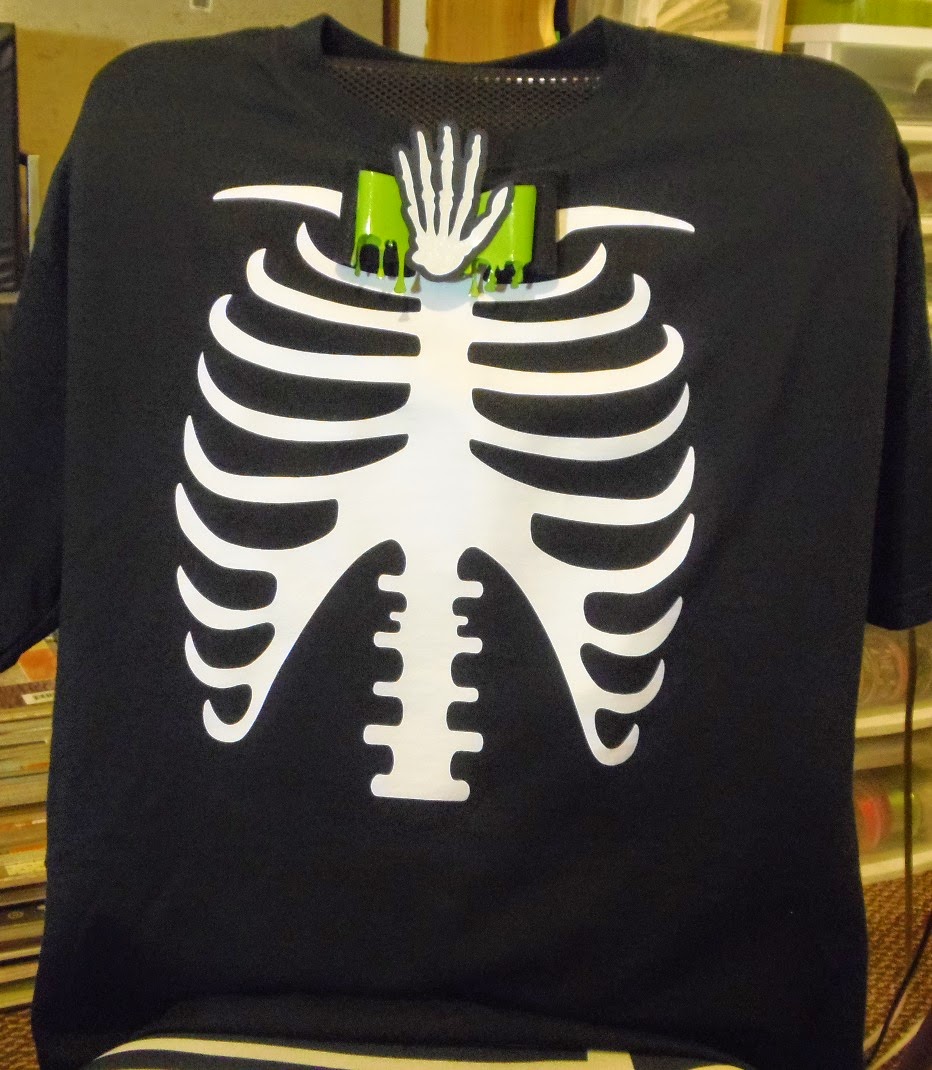 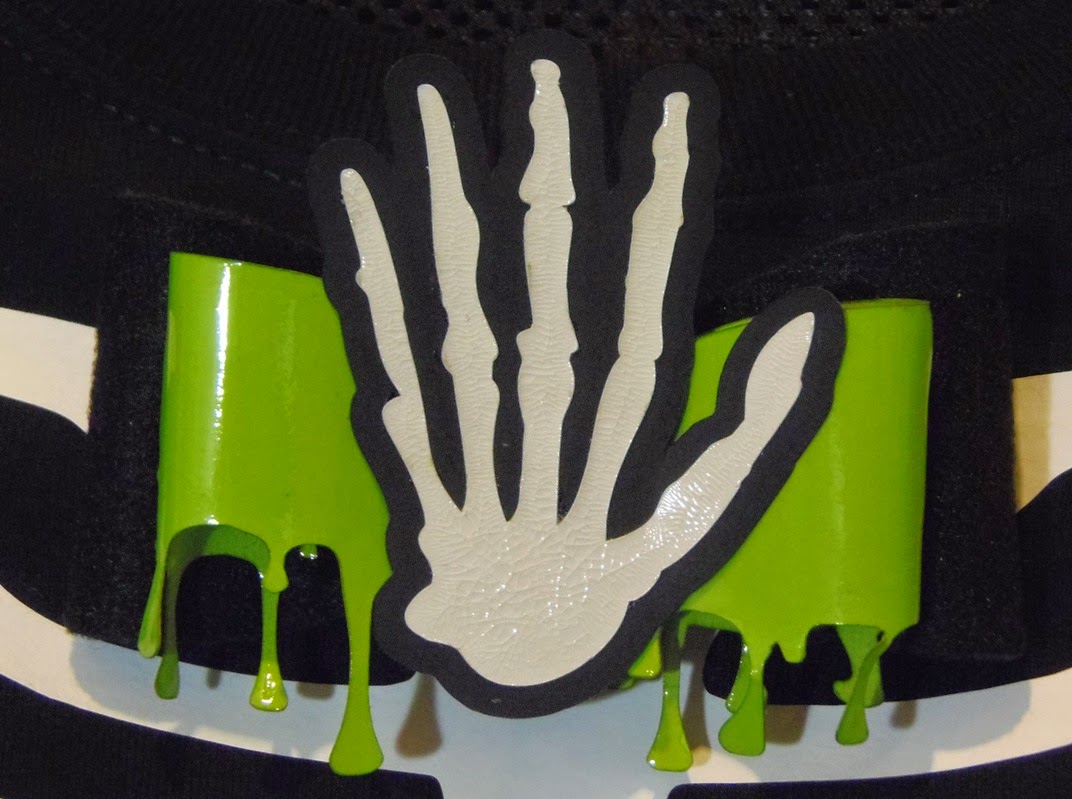 The bow tie was created with some felt and card stock.  The Silhouette store cut file for the bow tie is "3d blood drips with hand bow" and is by Jamie Cripps (#67647).  I cut it without the tails to make it a bow tie. 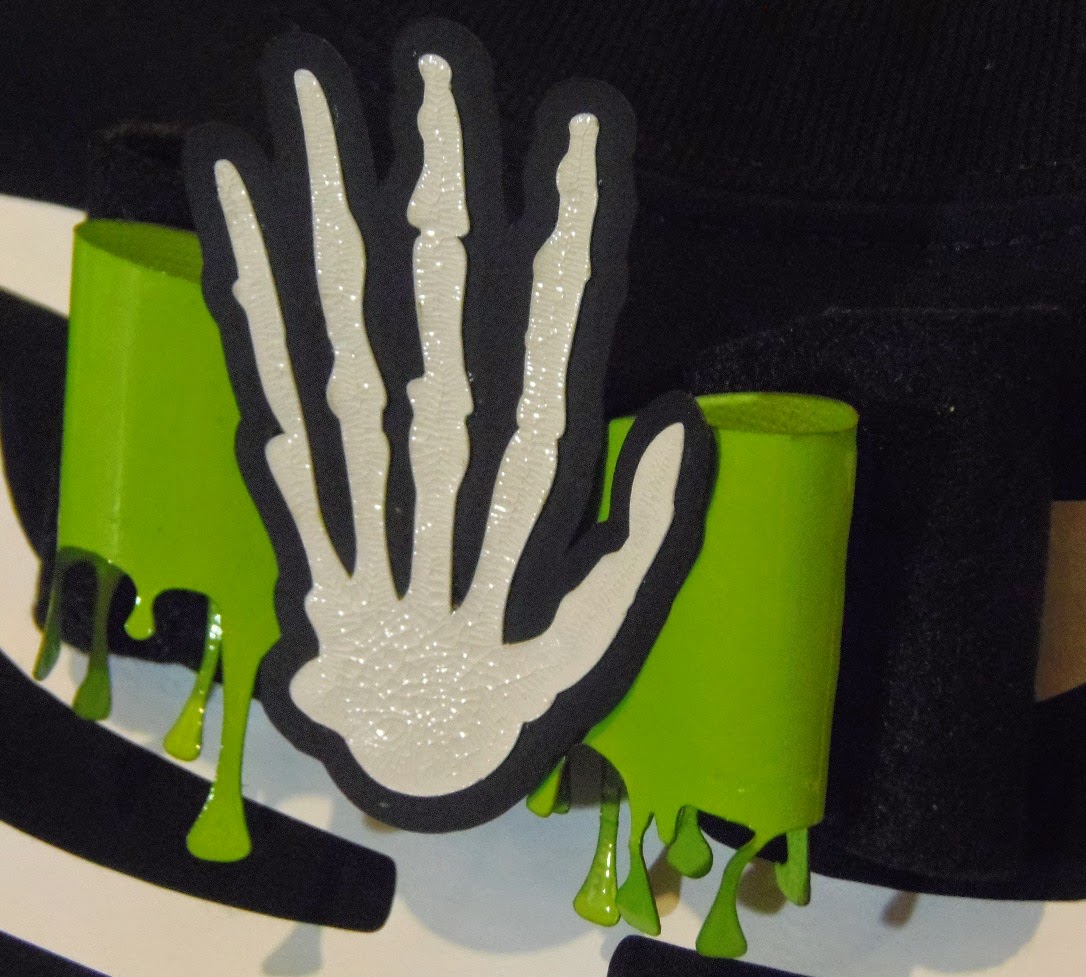 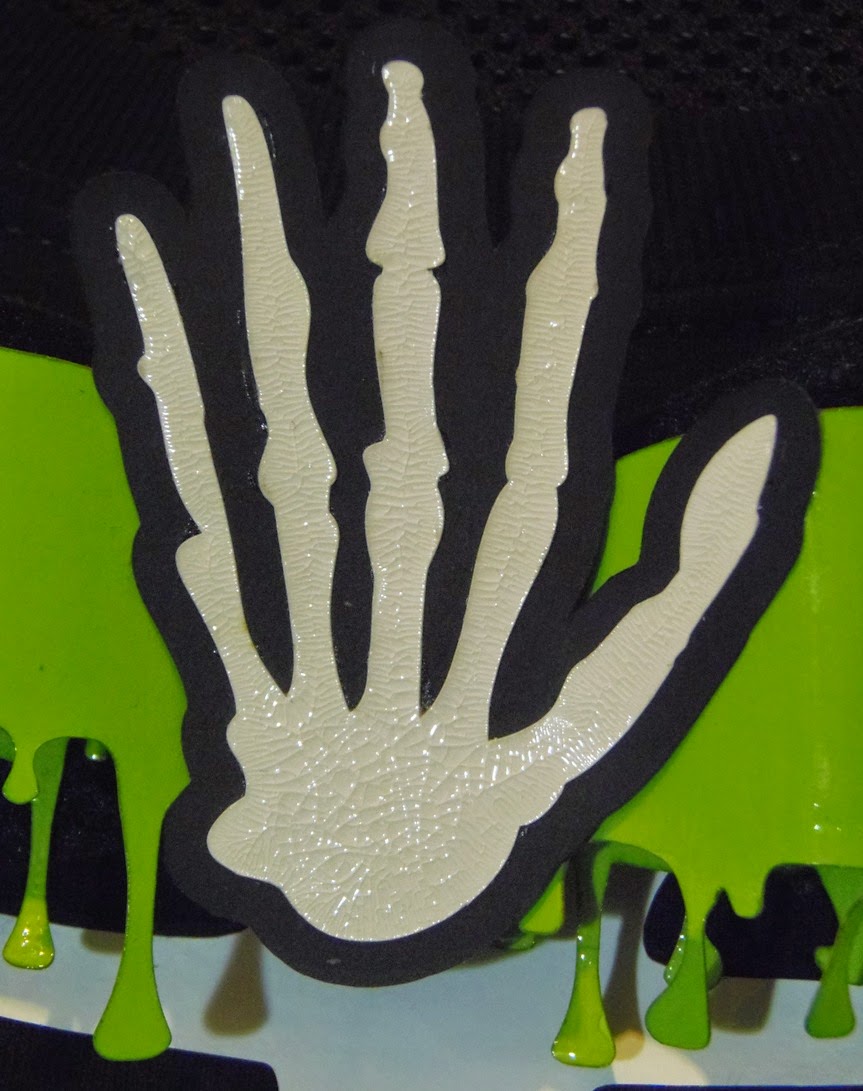 I covered the green drippy slime with glossy accents and the white part of the skeleton hand with crackle accents. 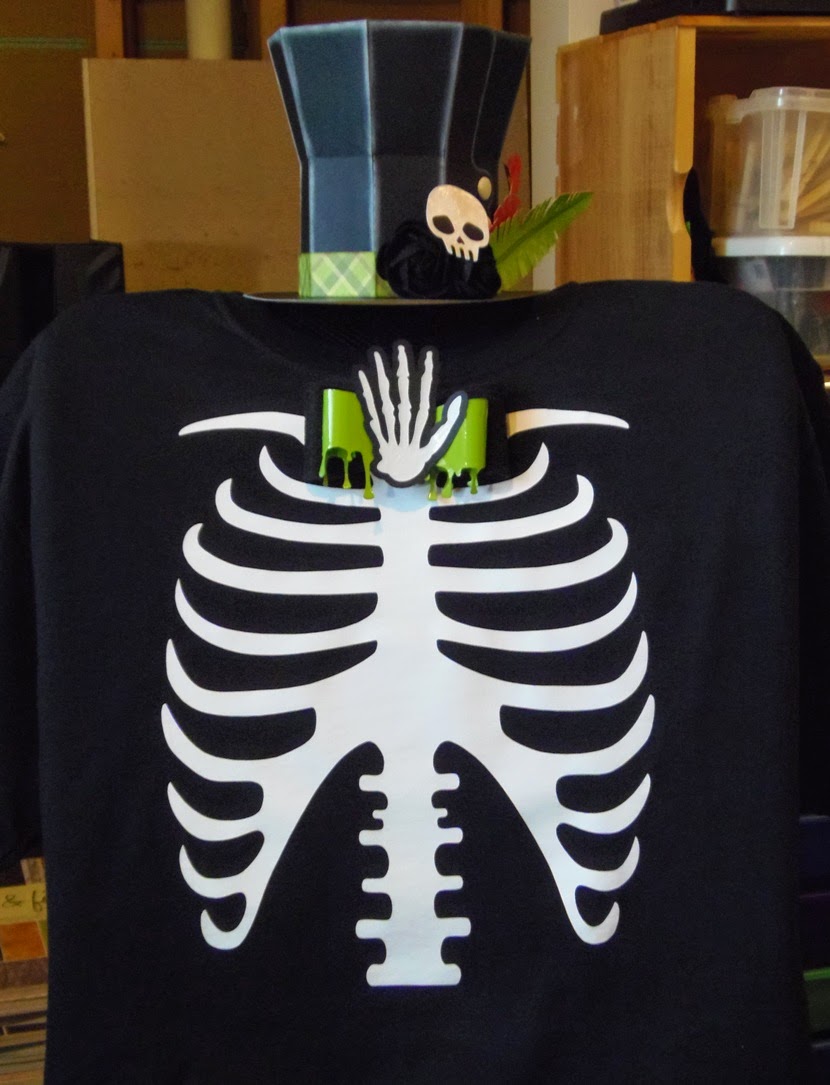 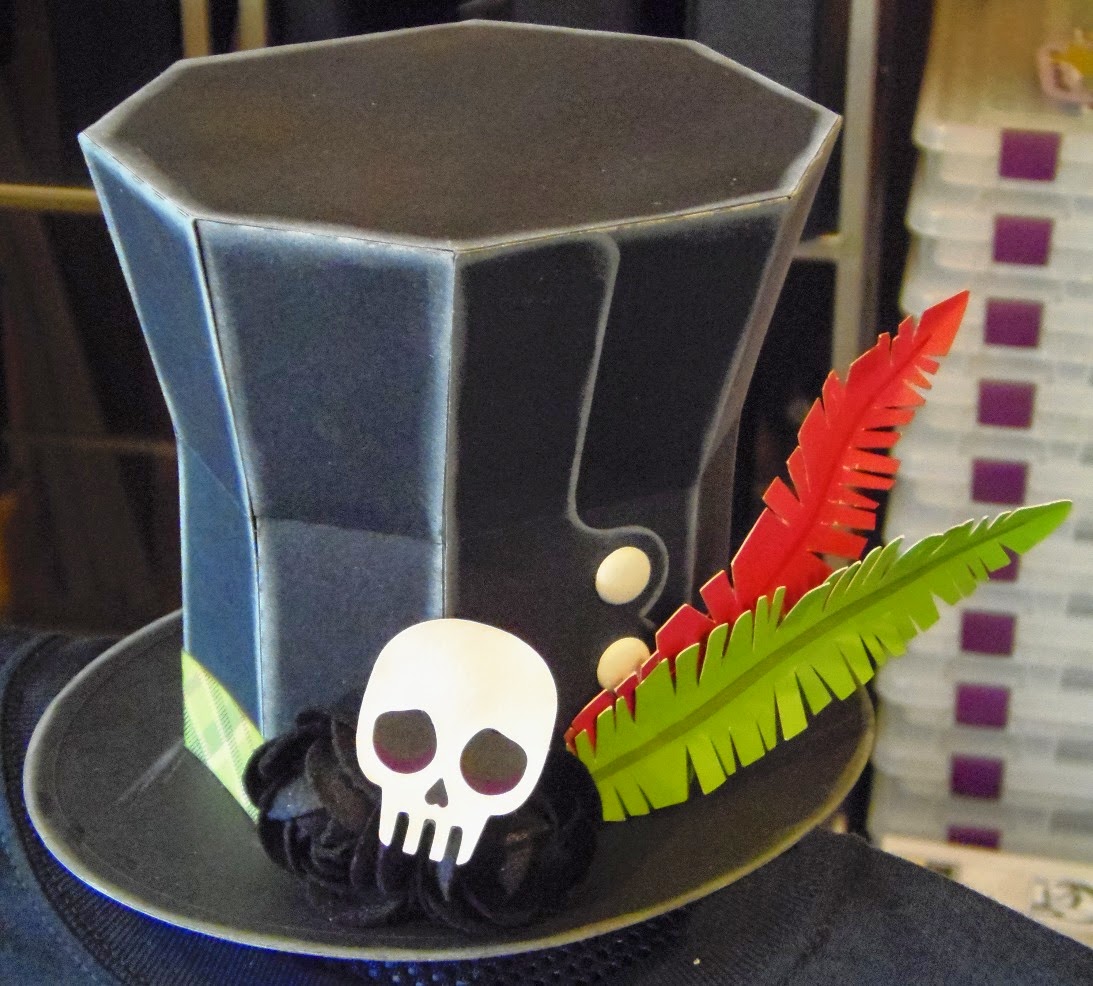 The hat is made from card stock and a few embellishments I had on hand.  The cut file for this one is called "mourner's 3d top hat," and is by Snapdragon Snippets (#67665).  I re-sized the file a little so the hat wouldn't be quite as large.  This one is about 6" tall when assembled, the original cut file makes the hat about 8" tall. 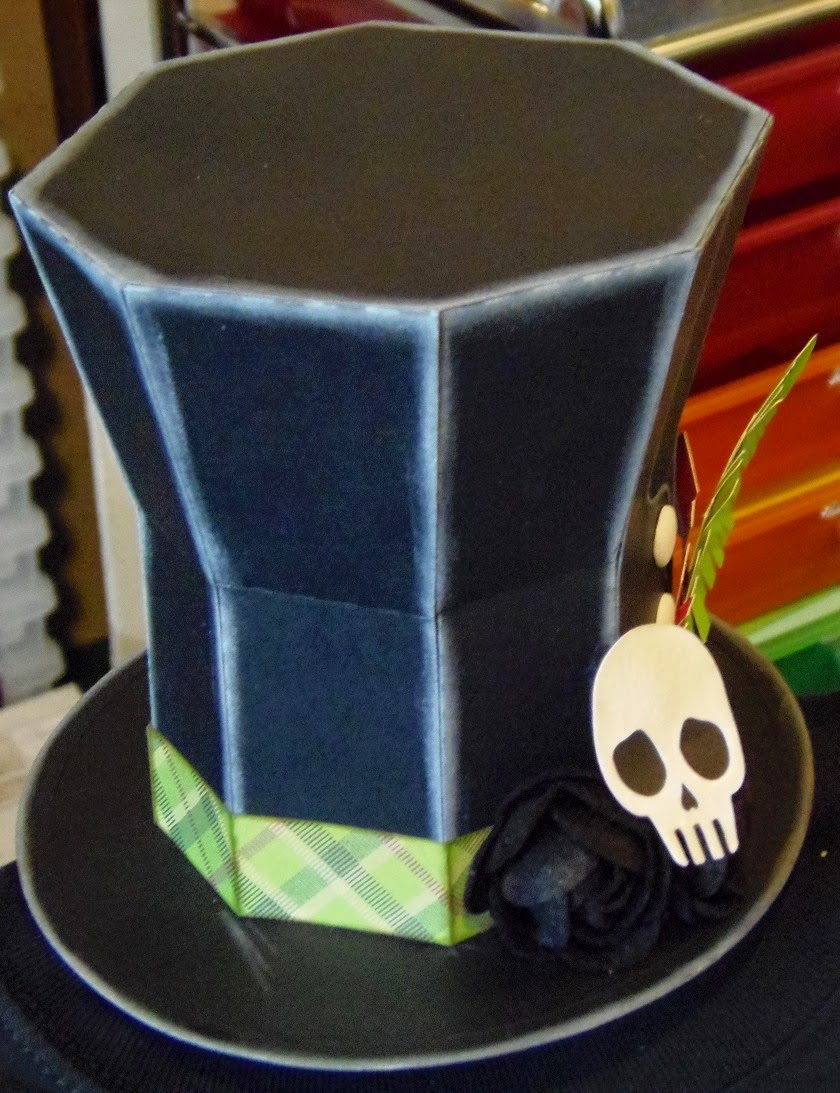 I made it out of black card stock.  The hat band is from the Bewitched Stack by DCWV.  Both the lime and fuchsia card stock came from the Halloween Countdown Stack, also by DCWV,  I inked up the edges of the hat with some cloud white ink by Tsukineko. 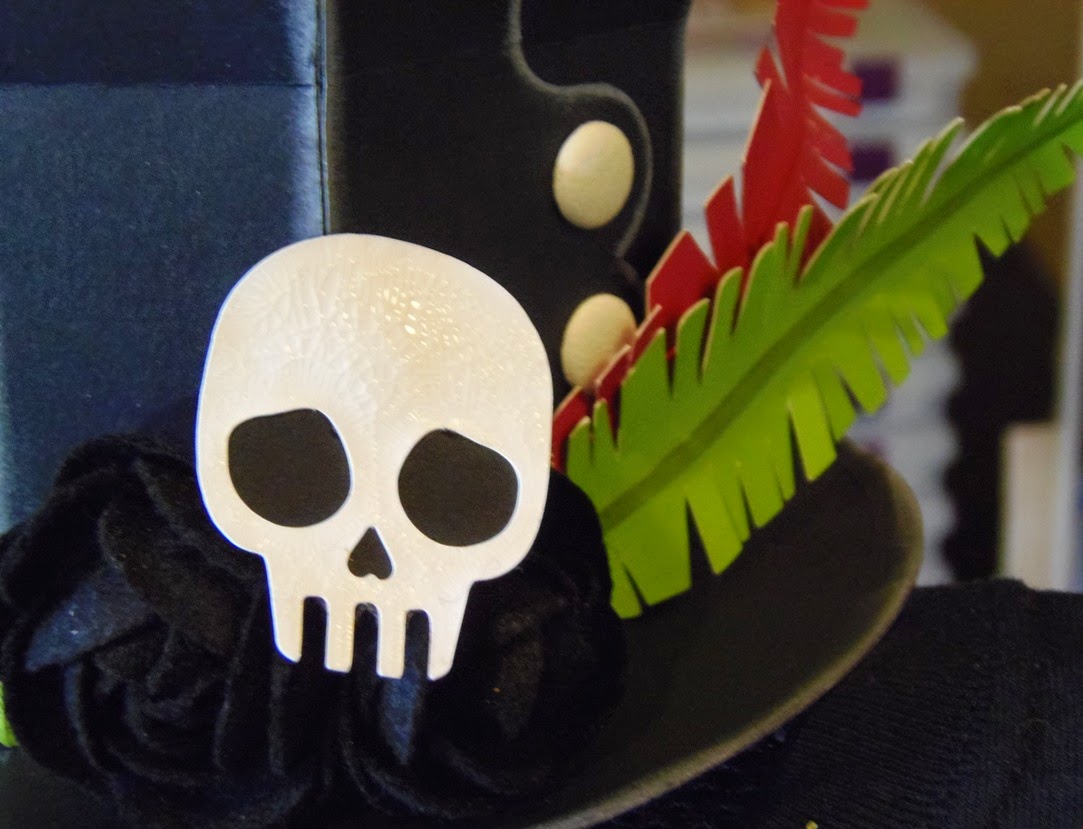 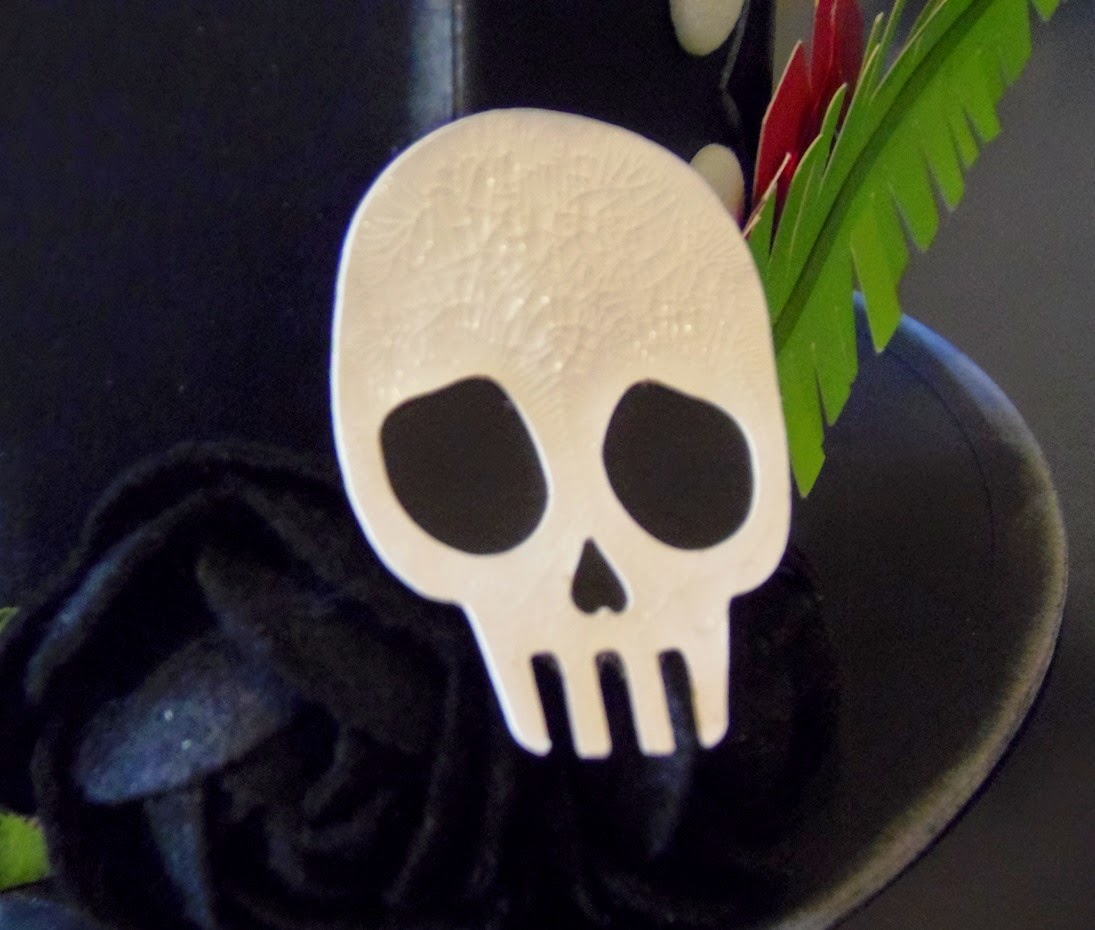 The felt flowers are from Jolee's Boutique and the white brads are from Spare Parts.  I also covered the skull in crackle accents.  There is also a bow for this hat, but I decided not to use it with all the other embellishments I had added.  Now, I just have to attach it to head band so that it can be worn with the rest of the outfit.

I am entering this in the current Stuck On U Sketches die cut challenge, which is to use a top hat, tea cup, tea pot, or an "Alice in Wonderland" theme.  I obviously wen with the top hat.