Tomorrow, (Monday, 27 October) I will be seeing National Theatre Live's Frankenstein.  It was performed on stage (and filmed), in the United Kingdom, and this is a limited release of the performance in a cinema.  I am extremely excited that it is actually playing in a cinema in my city and I will be able to see it!  In honor of this I have made a card featuring Frankenstein's monster. 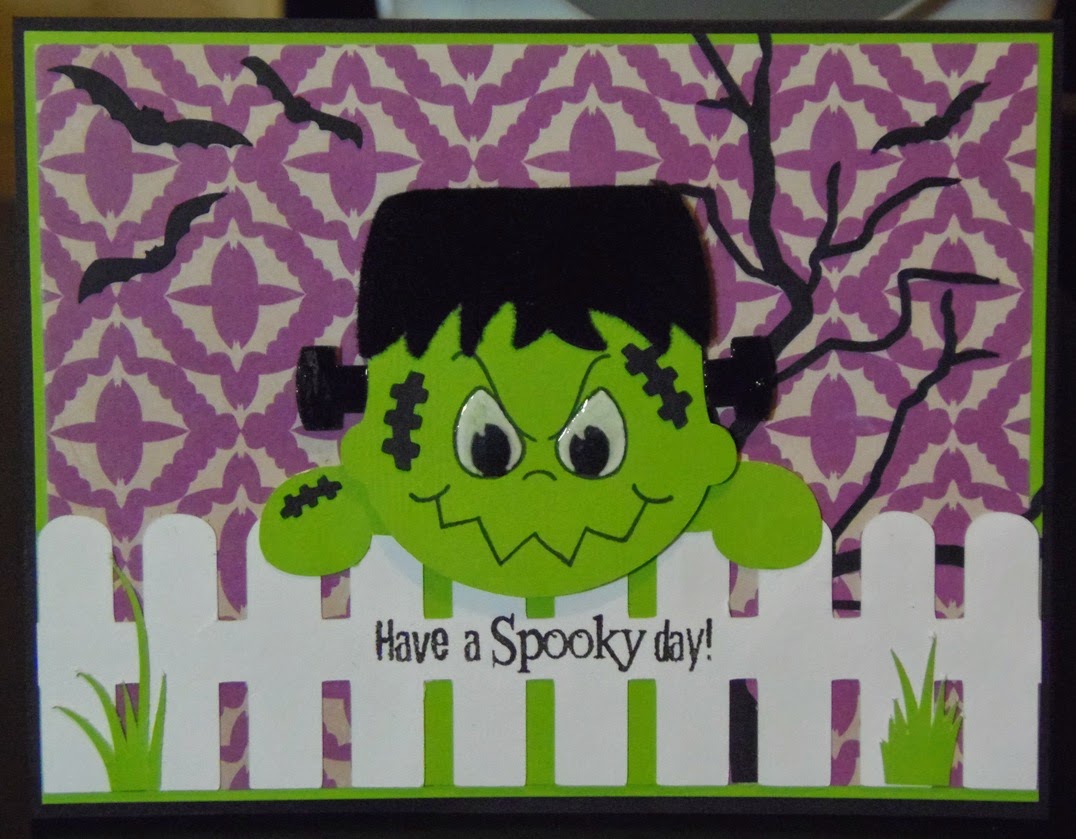 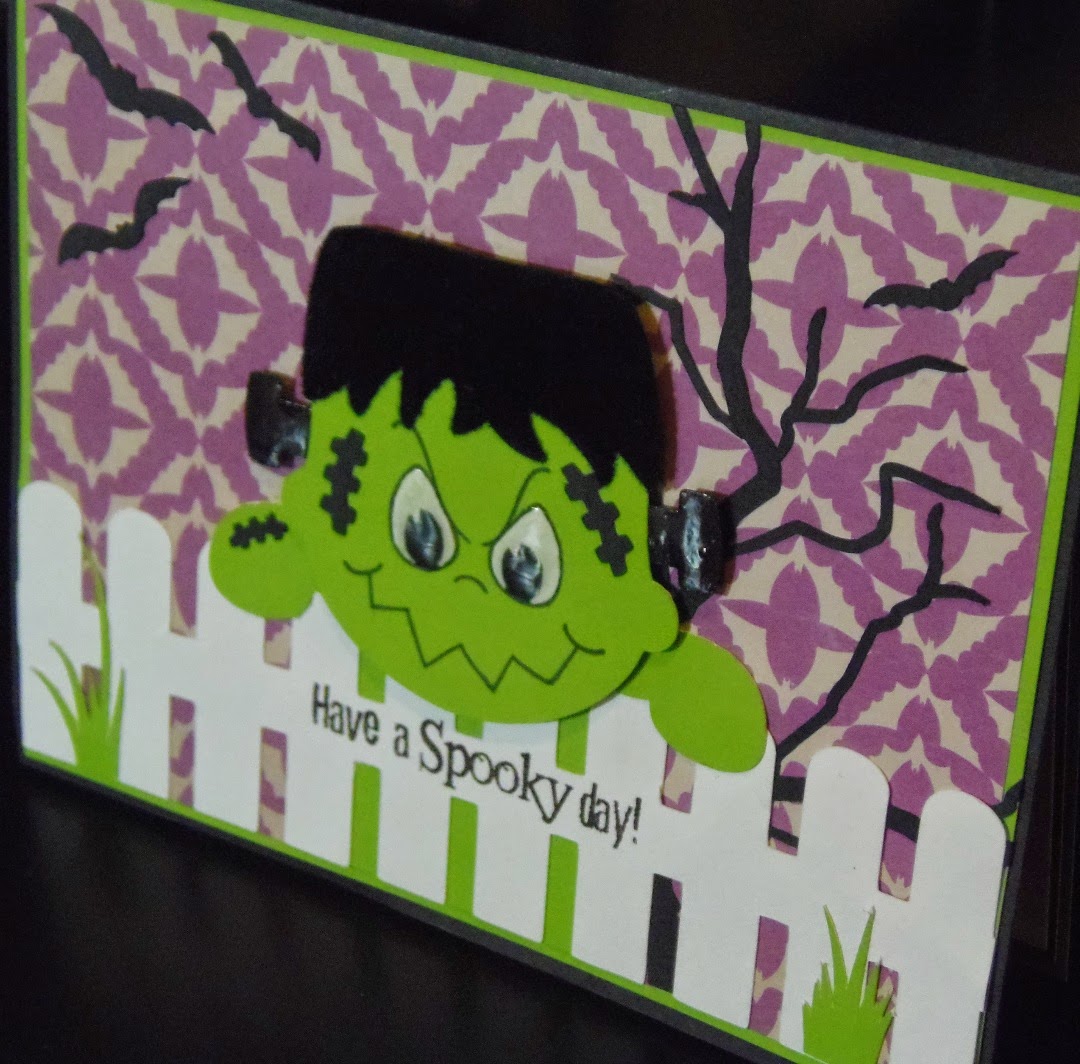 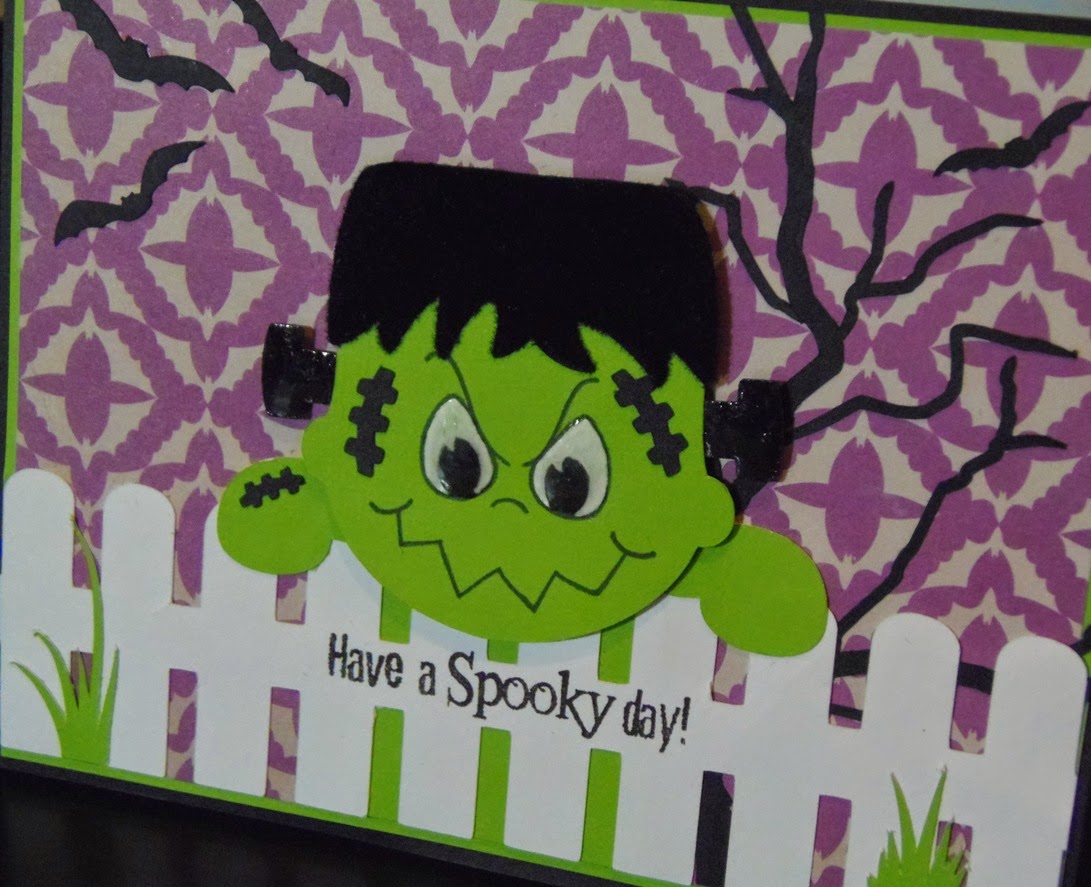 All the cuts are from the Silhouette Store.  The tree and bats are by Patty Young Designs/MODKID (#32601).  It was cut at 4.64," I used some of the bats and trimmed the tree to fit on the card. 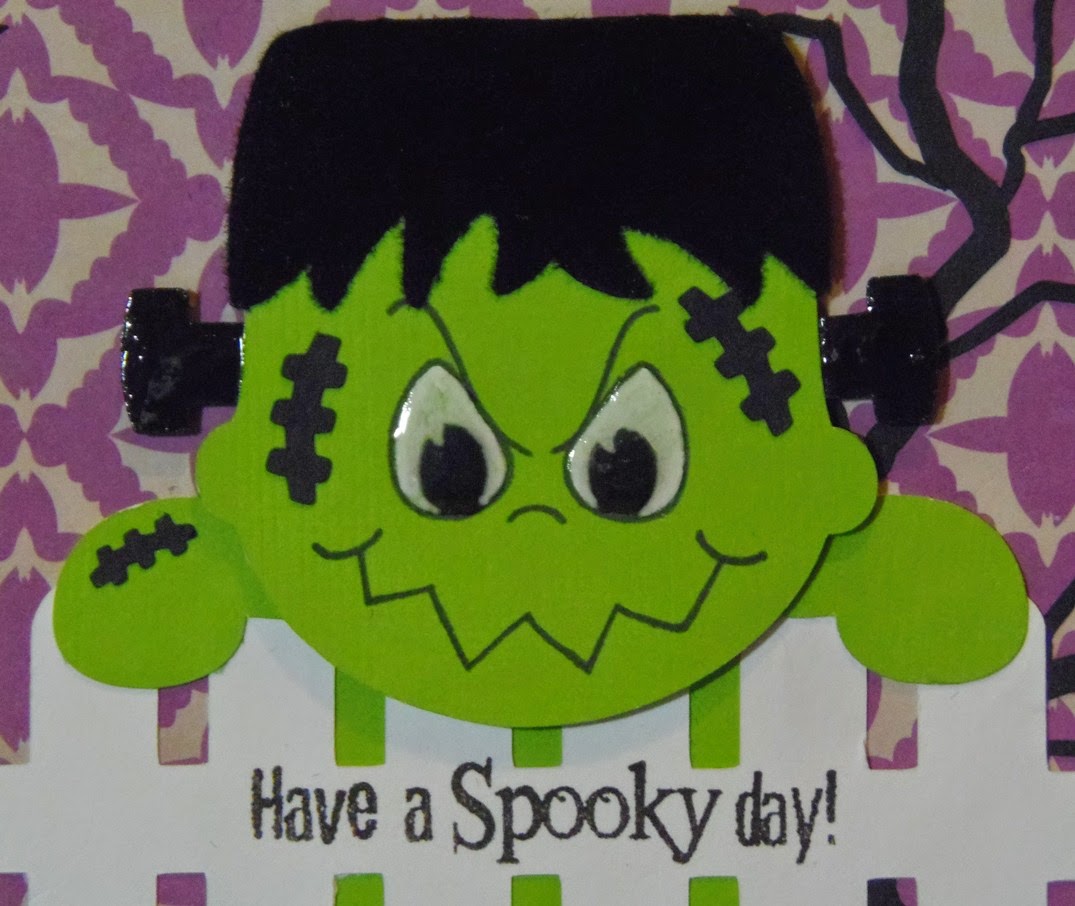 Frankenstein's monster is from Michelle Renee (#47757).  I only used the Frankenstein's monster and not the bride part of this set.  It was cut at 2.196" and I didn't cut the eyes.  I used a Peachy Keen face instead.  It is from the Make a Monster Face Assortment.  I colored the white part of the eyes, then added some glossy accents to the eyes.  I also added glossy accents to the bolts and flocked the hair.  The face is adhered with foam tape for a little added dimension.

The sentiment is from Scrappy Moms Stamps, the Bewitched set.