I built two houses in the last week...paper houses that is.  I created a couple of haunted houses for Halloween. 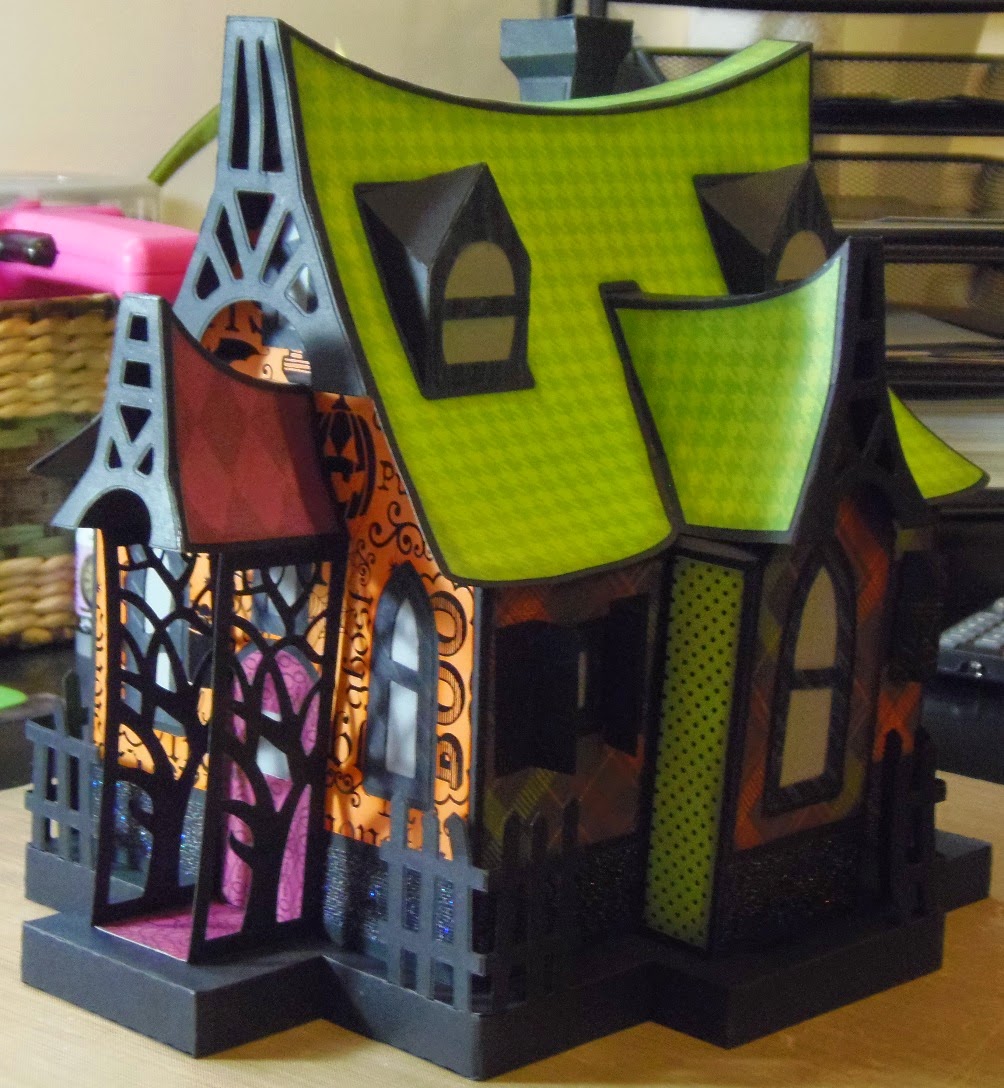 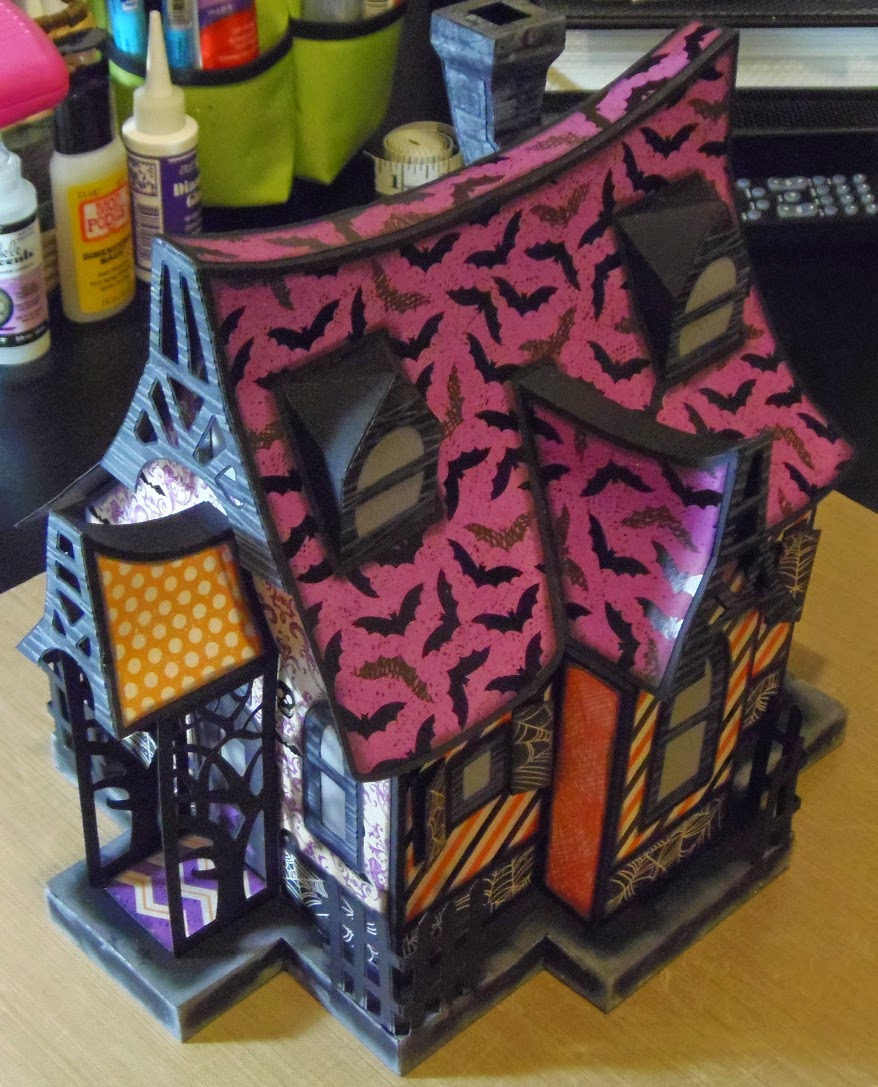 Both are made from the same cut file from SVG Cuts.  It is also part of the Haunted Forest set, of which I have already made the witch hat box.  I made one initially for my husband to put on display at work.  He likes being able to dress up his desk a bit, so I have started making things for him to put on it and the house is what I made for Halloween.  First, though, I brought it to work to show off a little.  Since I work in a craft store I knew it would be appreciated.  Well, everyone there liked it so much that I had to make one to put on display at my work.

This is the first house I made.  The papers are all from The Bewitched Stack by DCWV.  This was either last year's Halloween stack or from the year before. 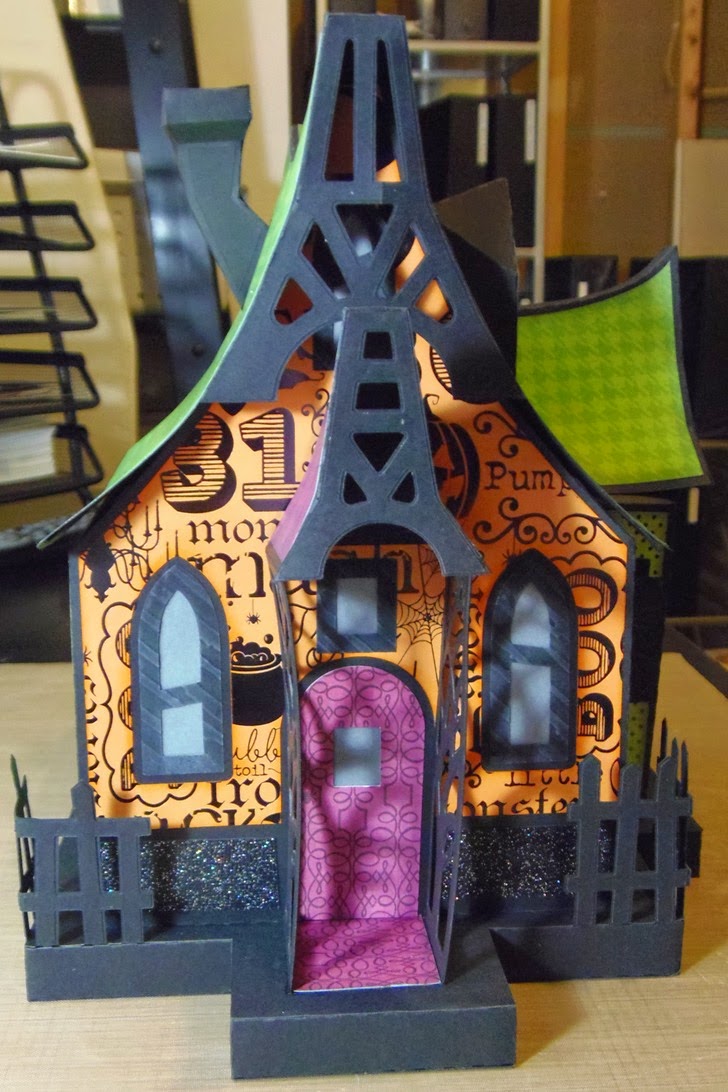 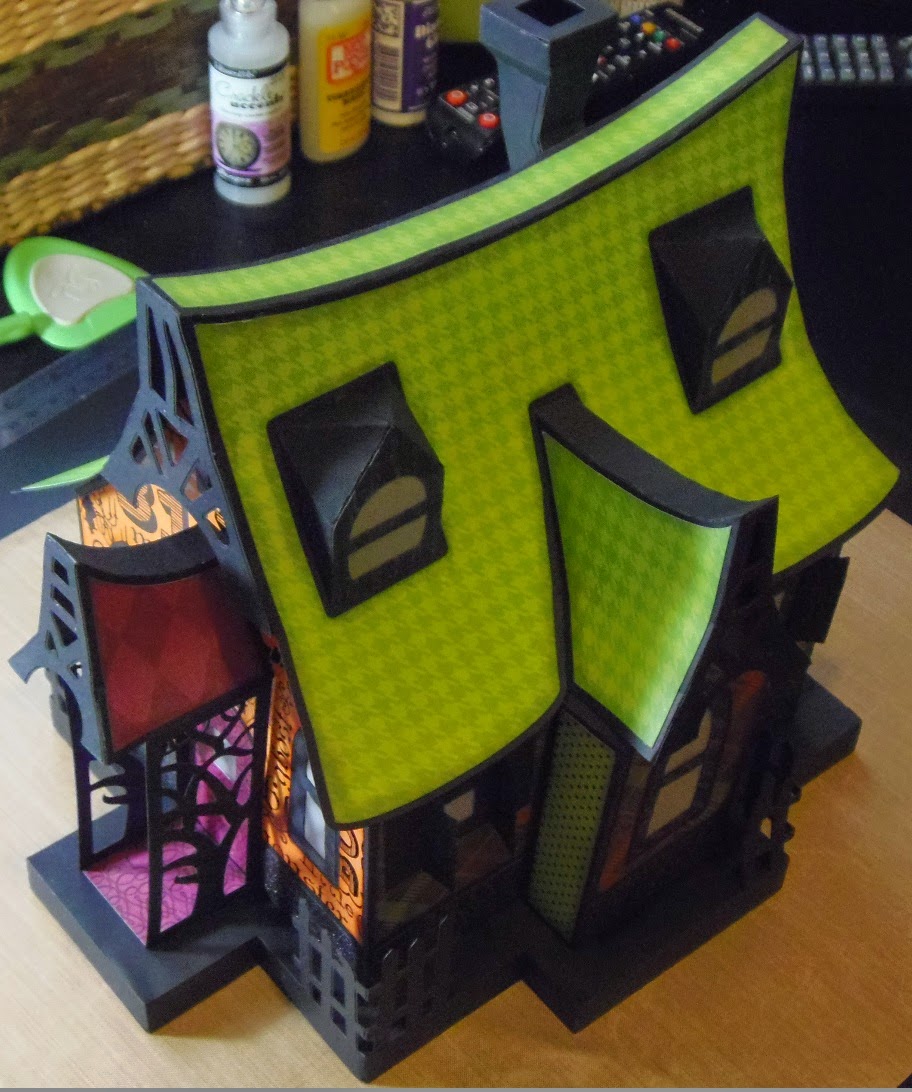 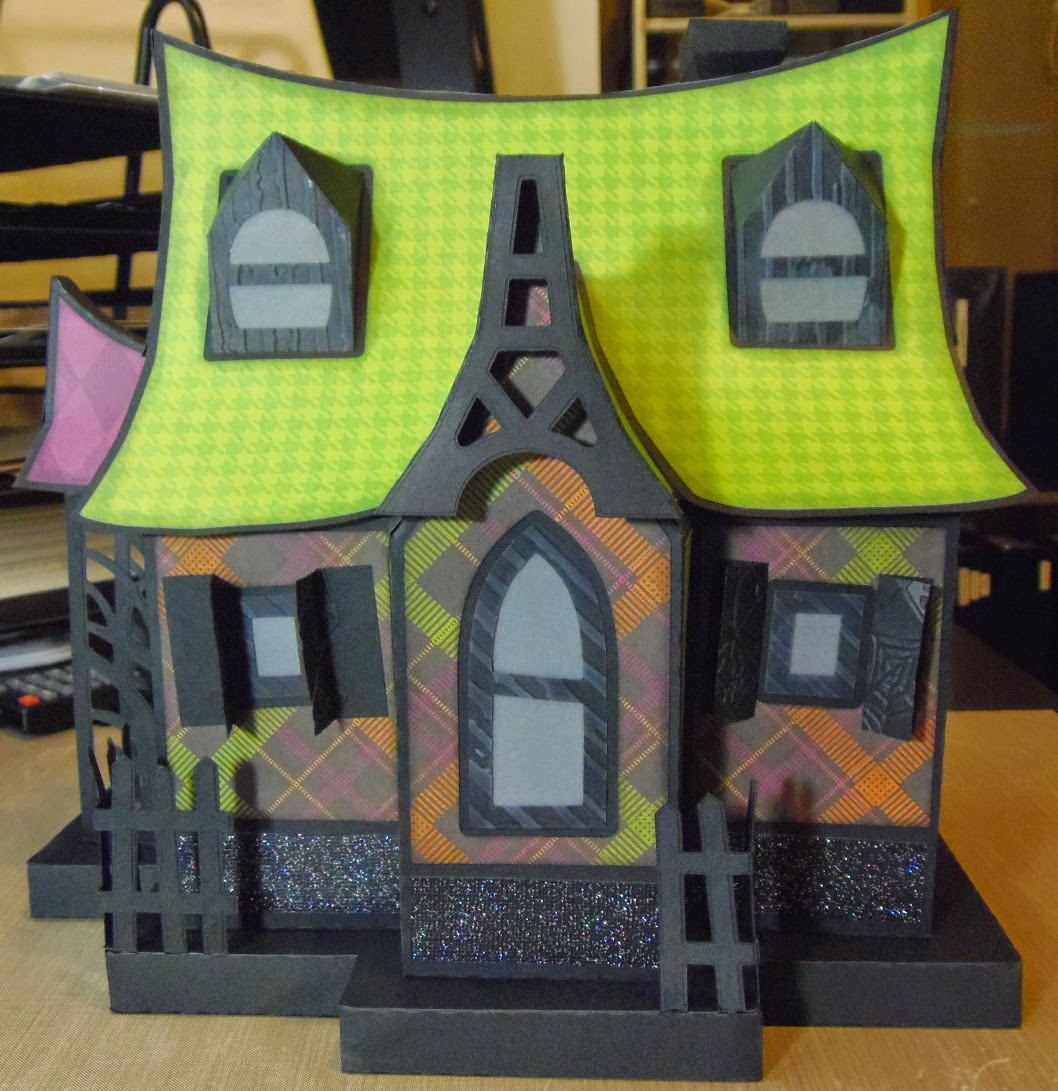 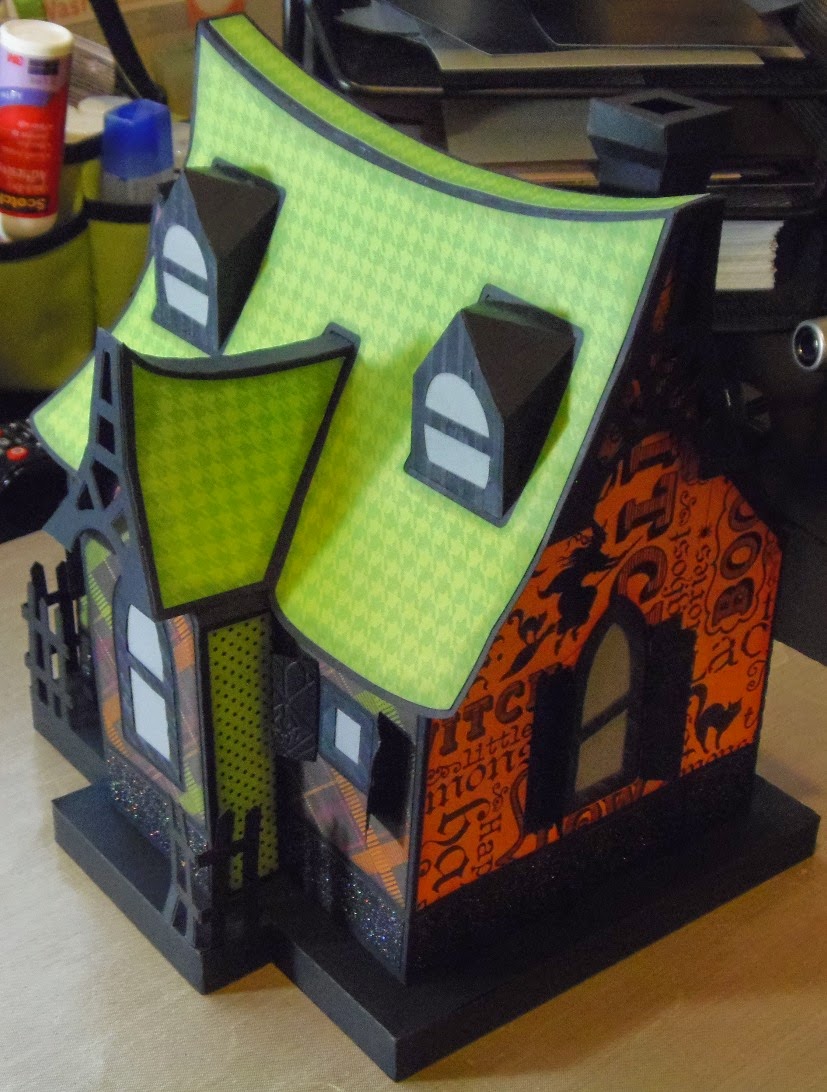 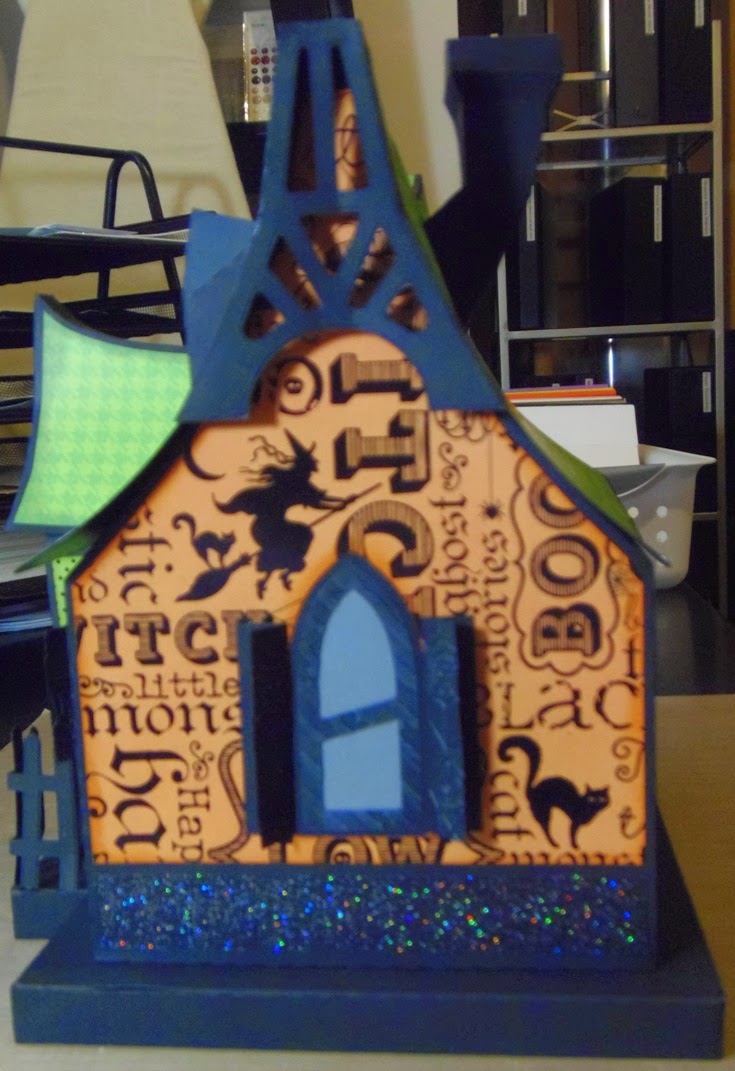 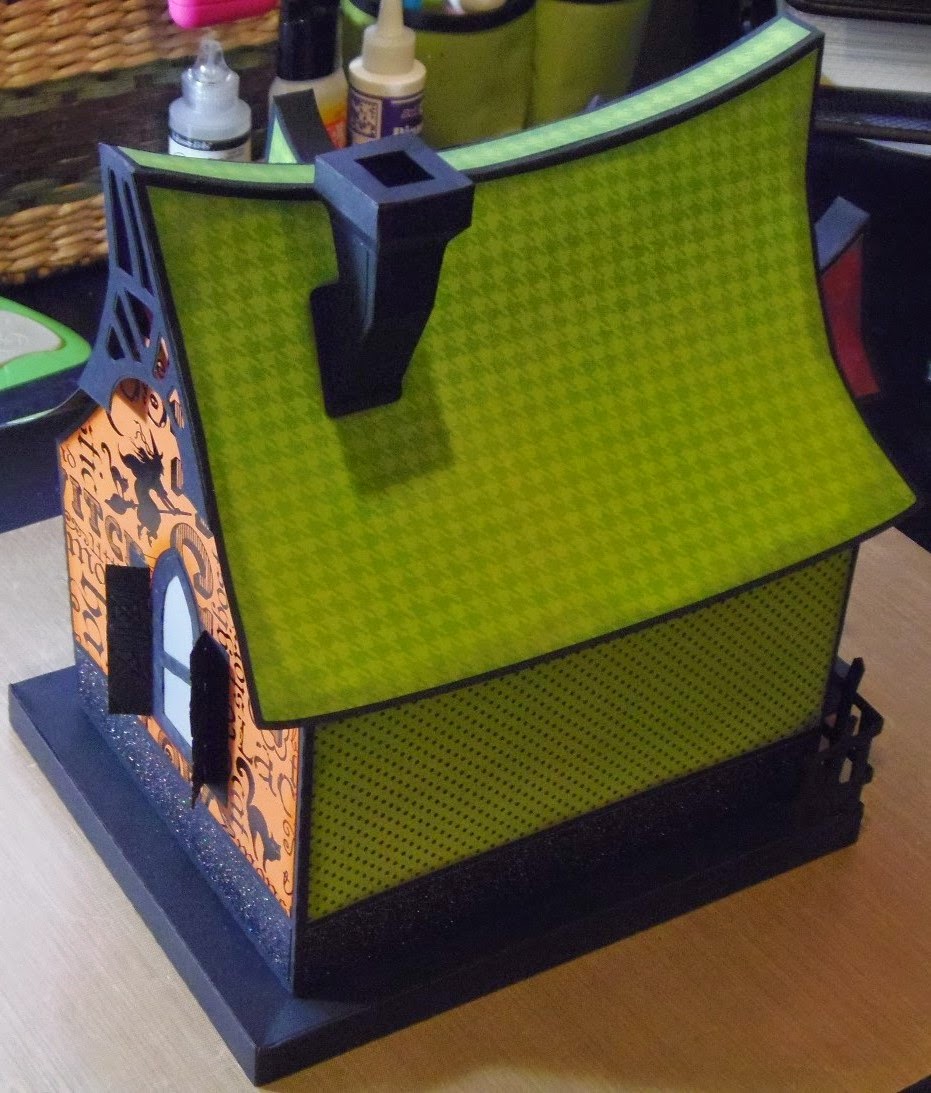 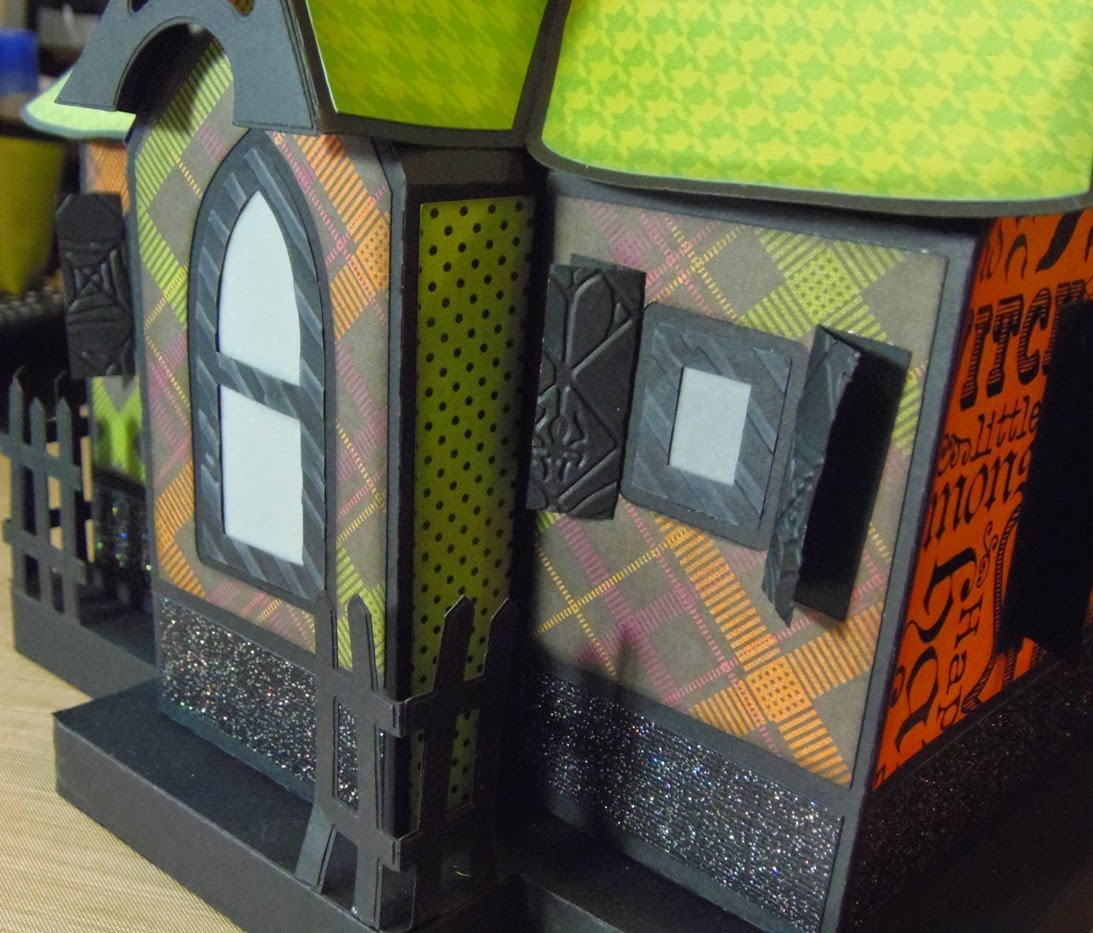 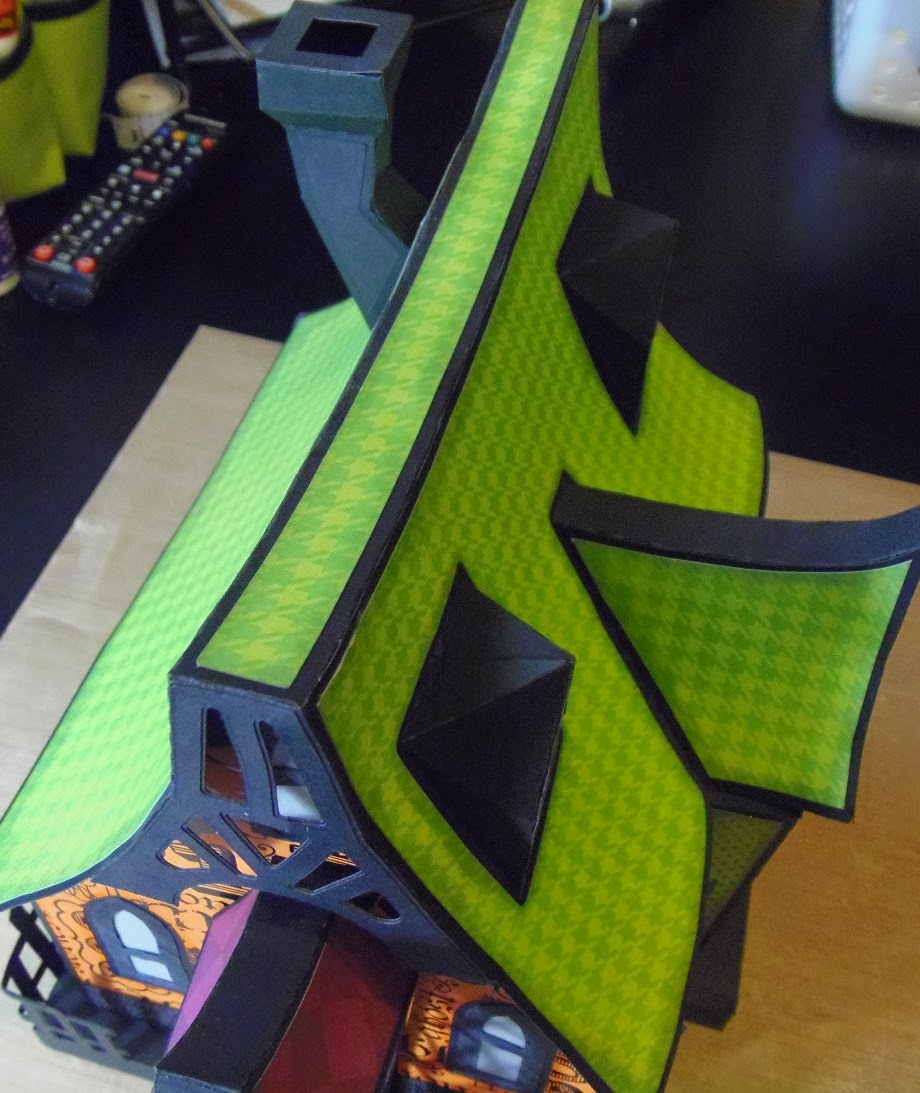 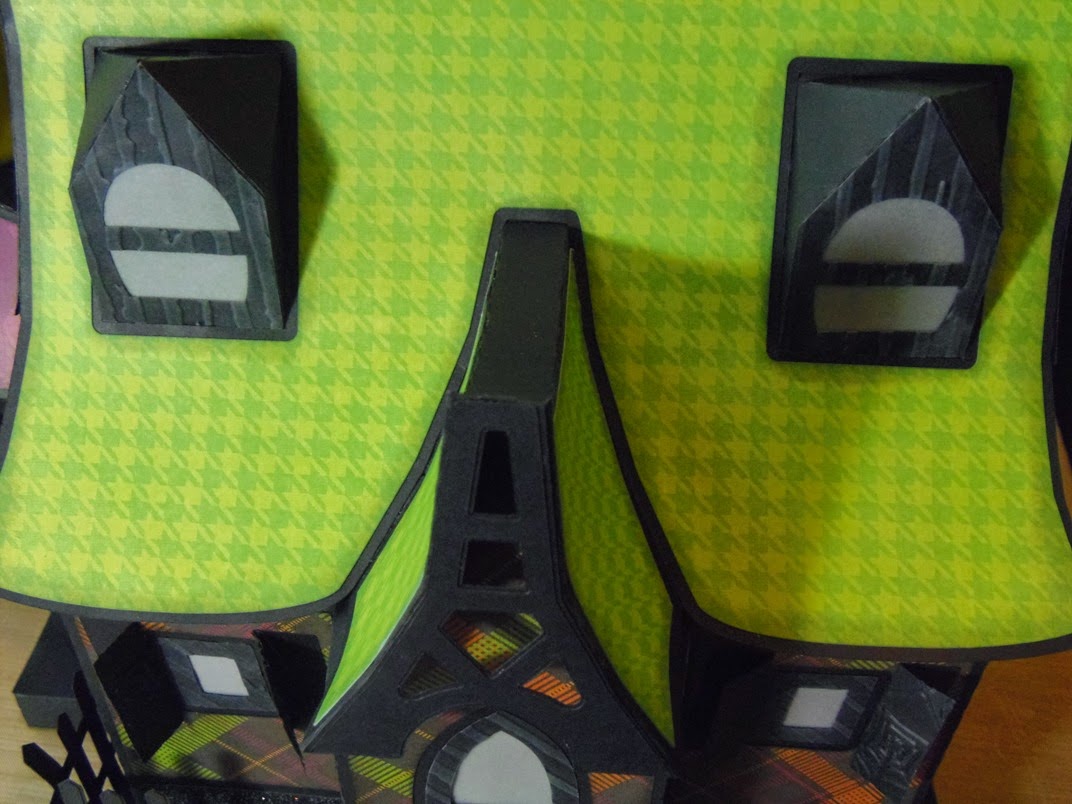 This is the second one I made.  I used this year's Halloween stack by DCWV, it is called the Eek-a-Boo Stack. 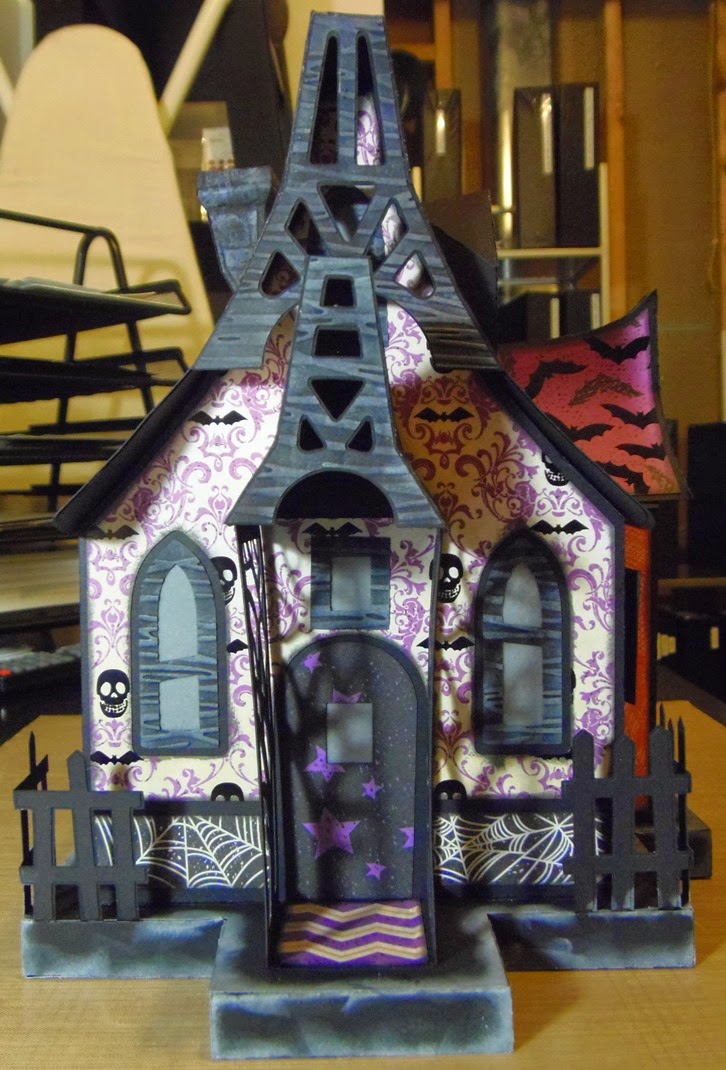 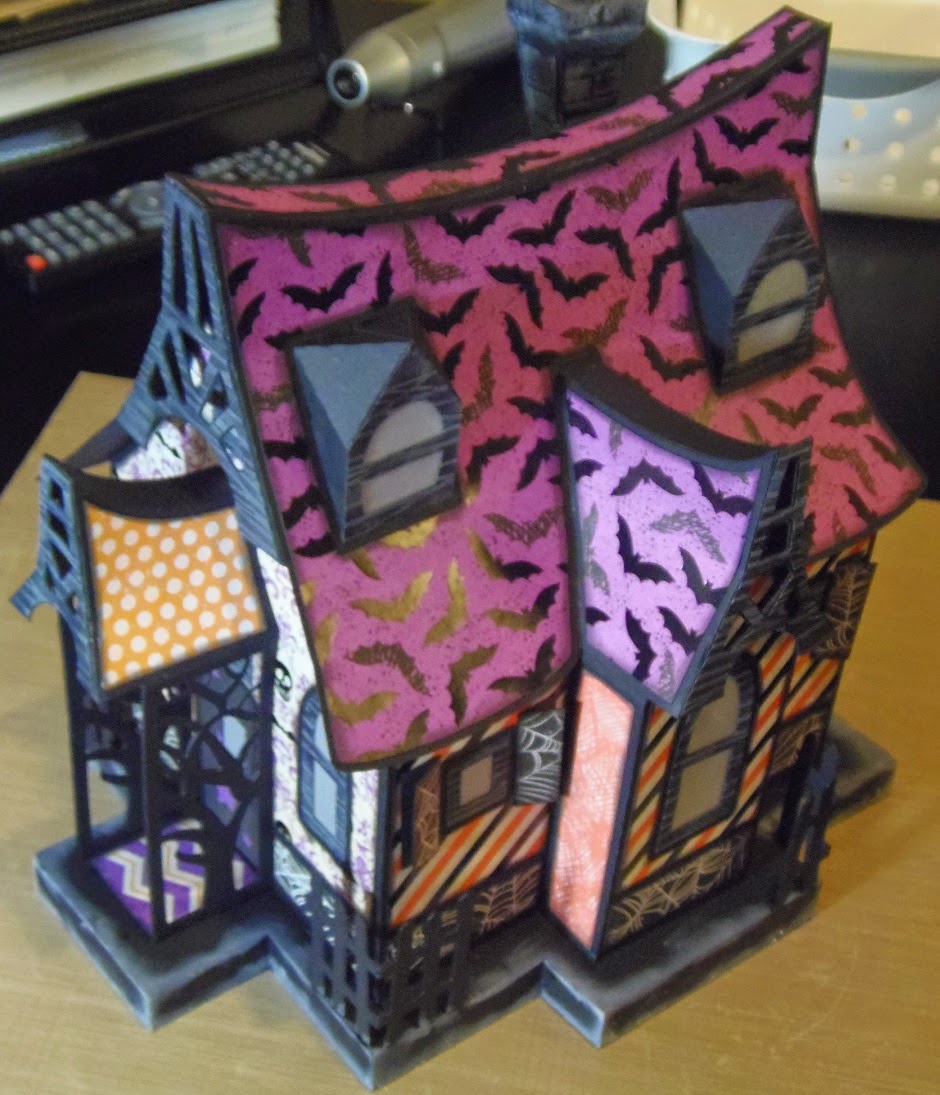 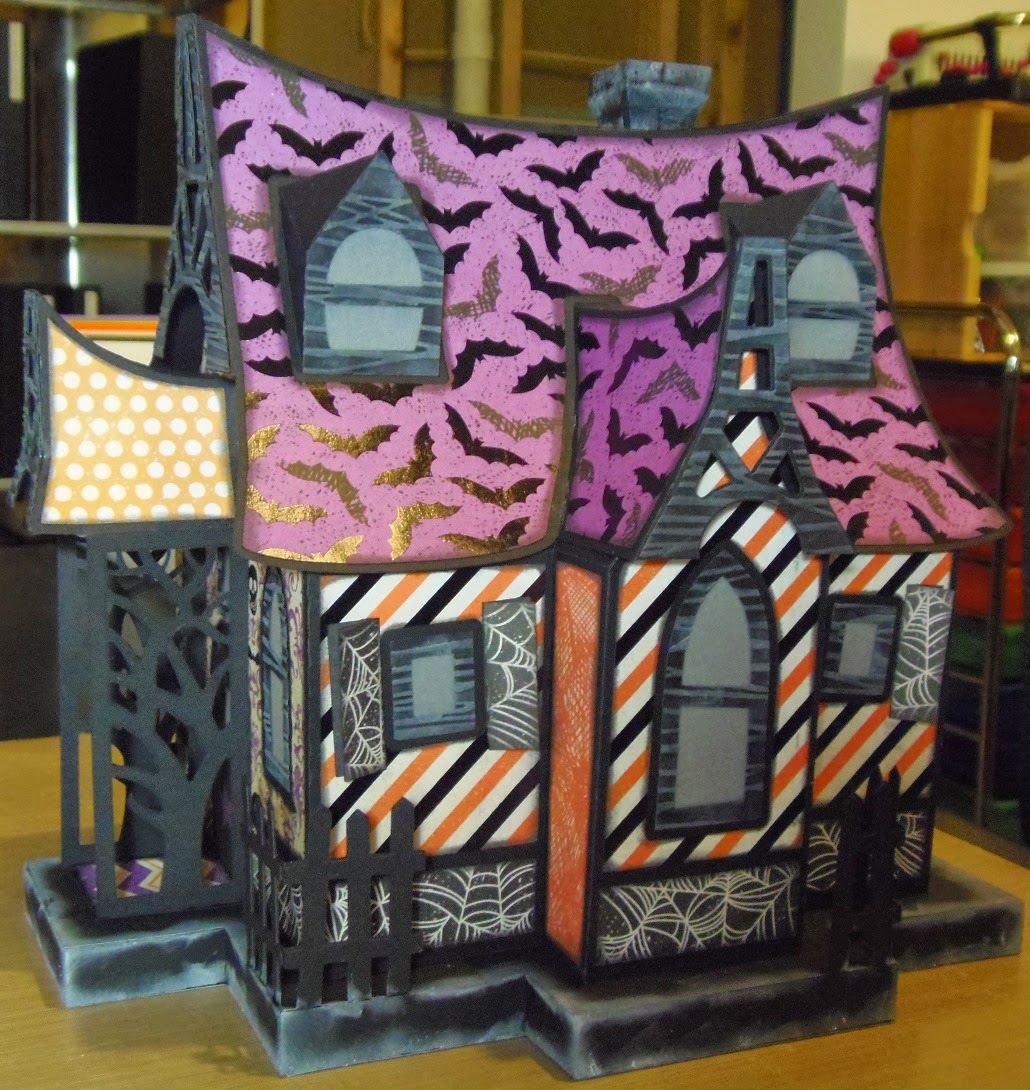 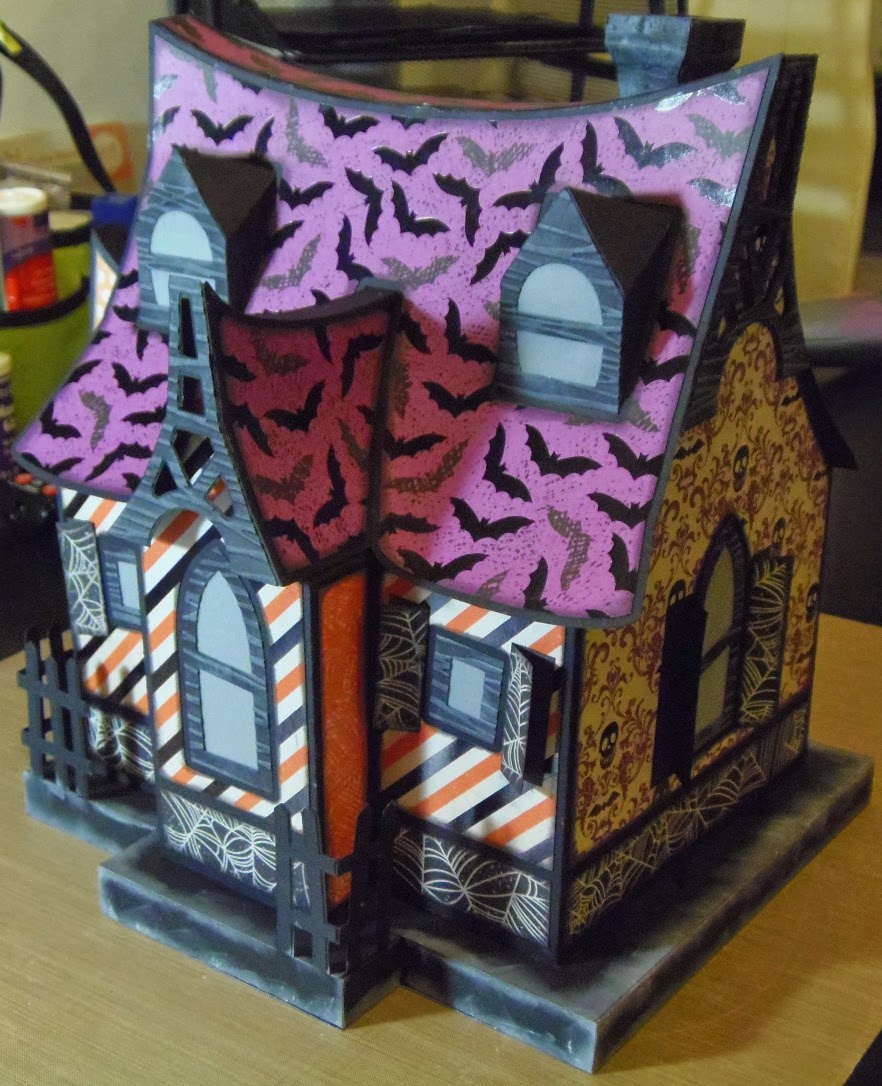 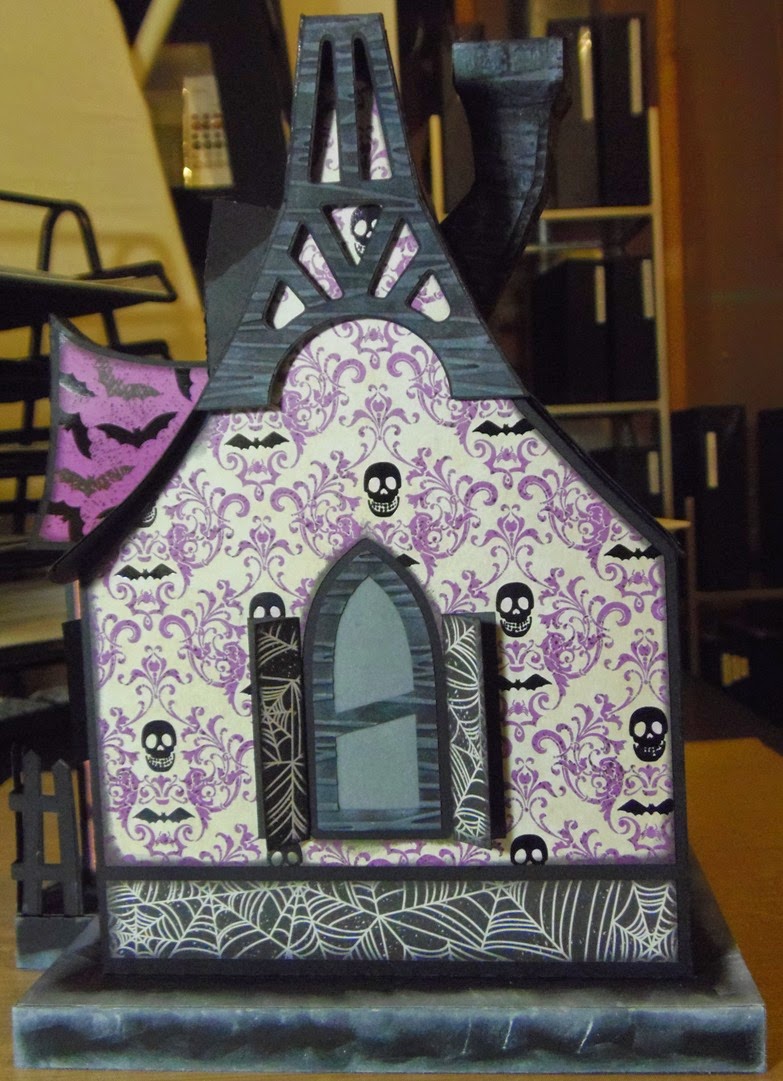 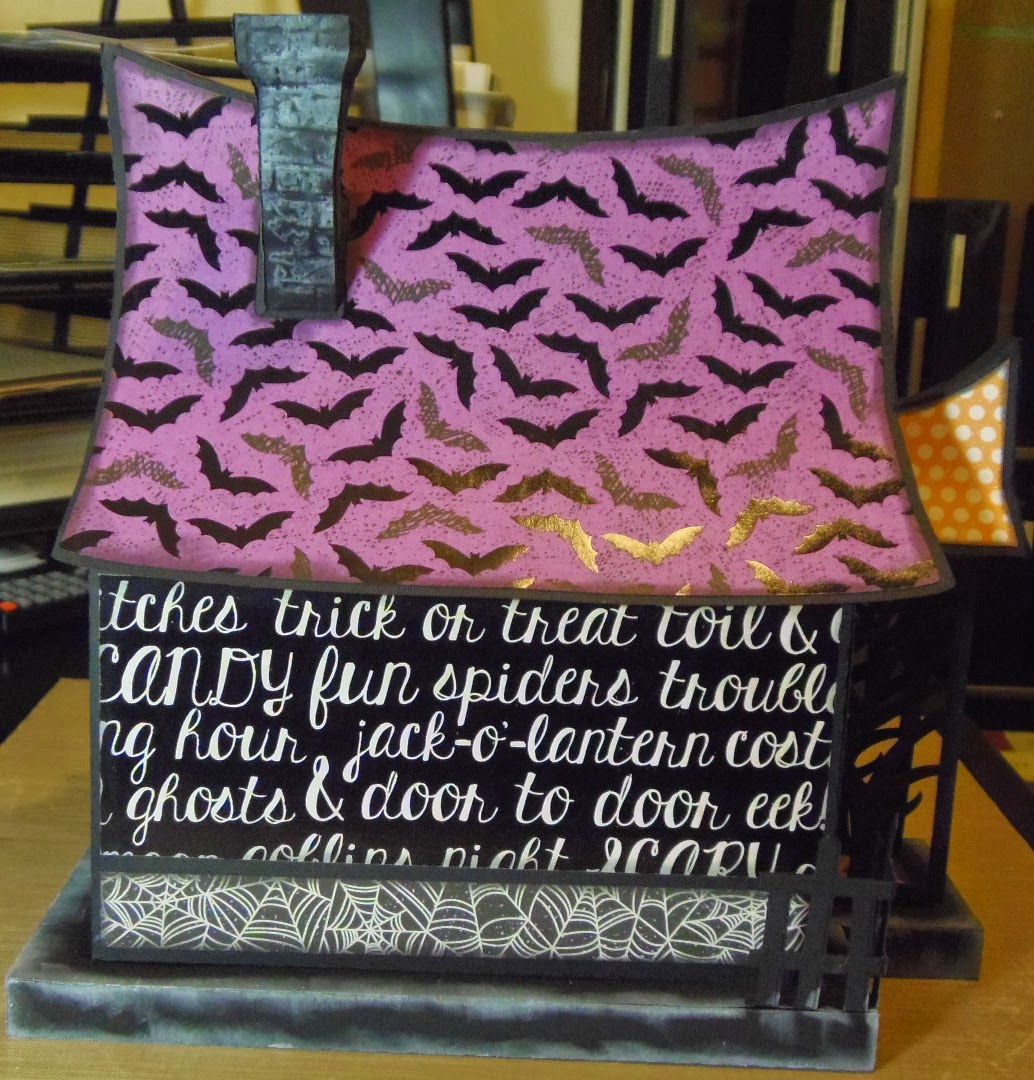 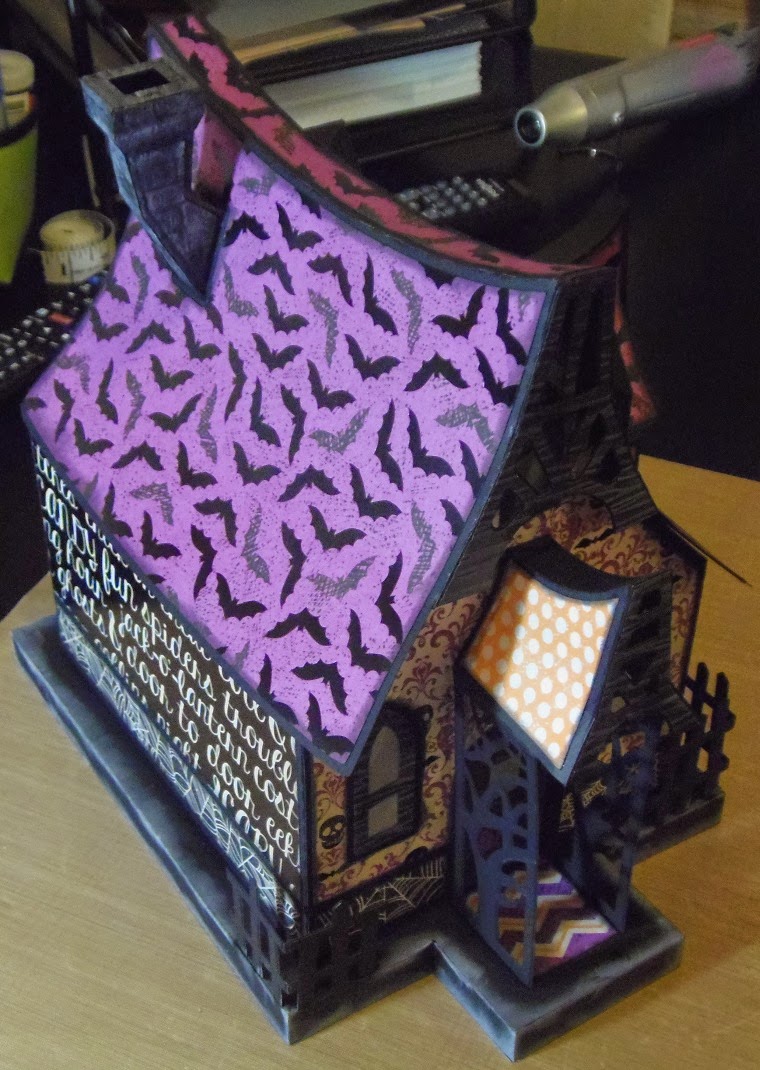 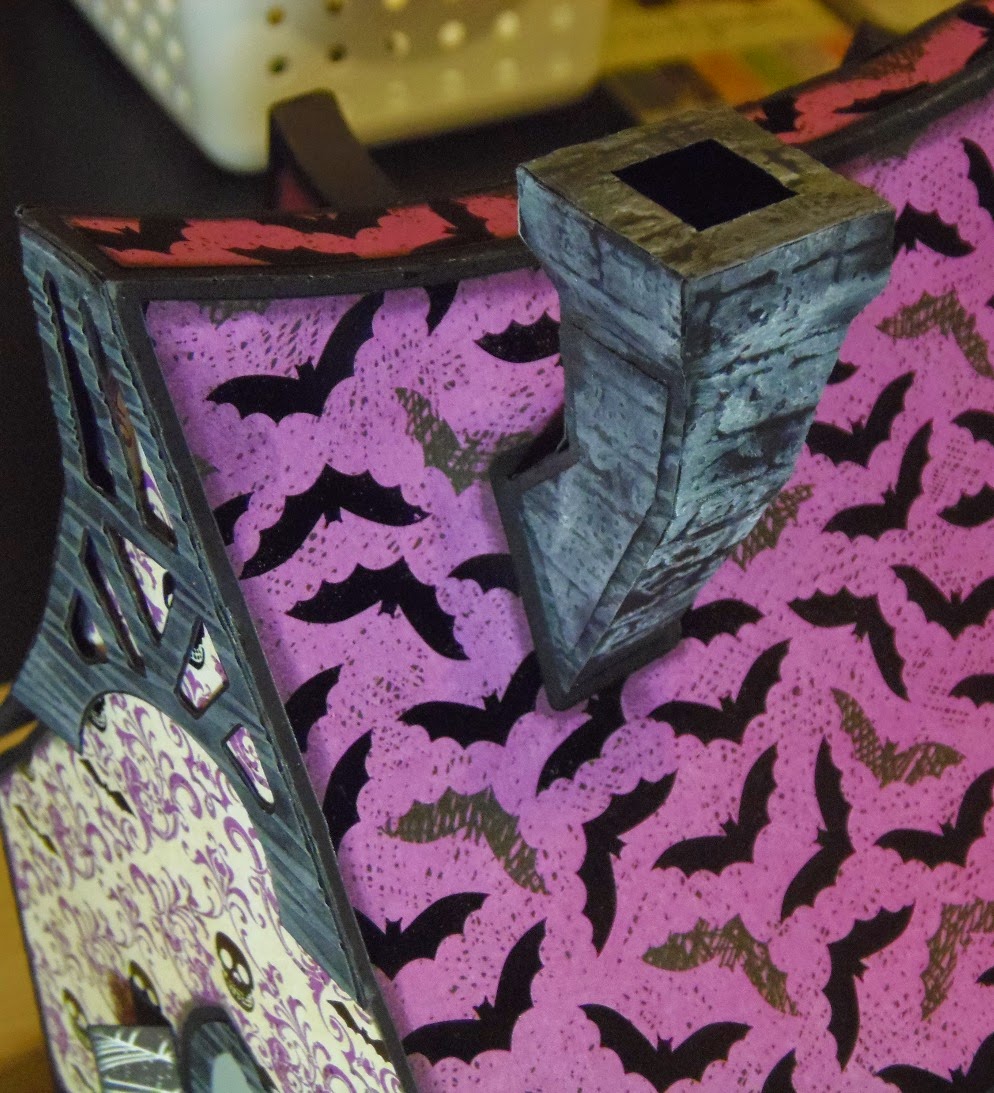 I did a lot of embossing and inking on this one as well.  The chimney was embossed with a Sizzix folder called brick, then inked with white ink. 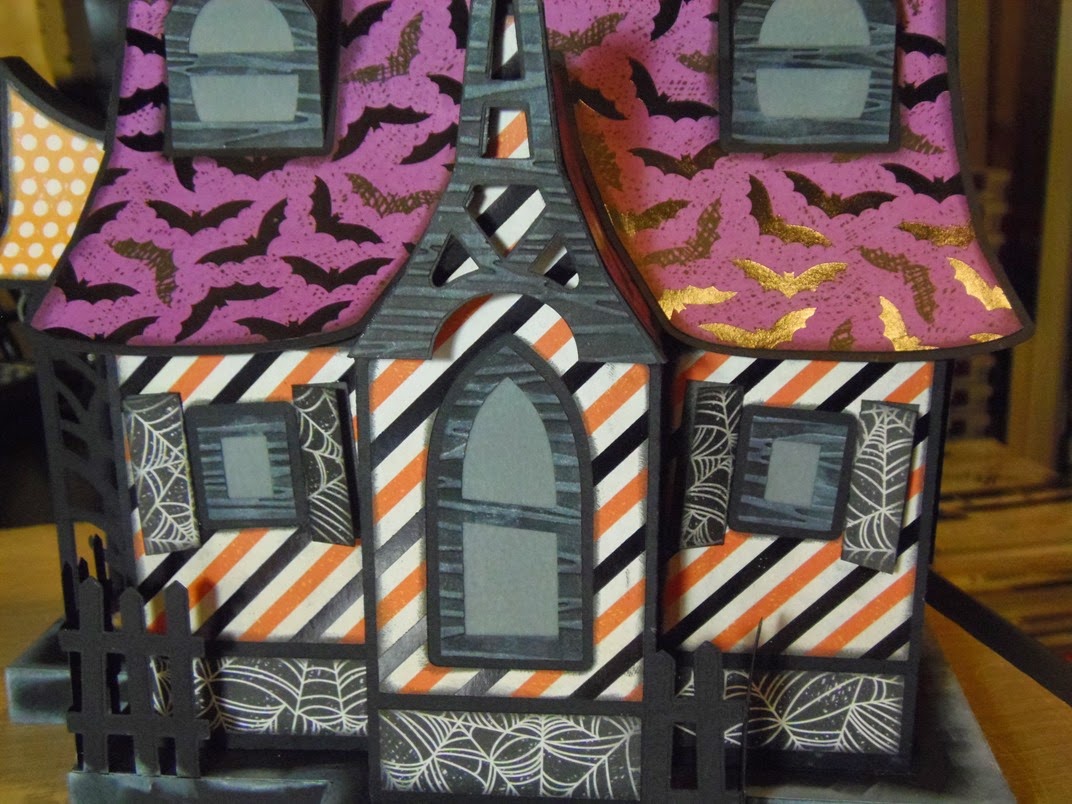 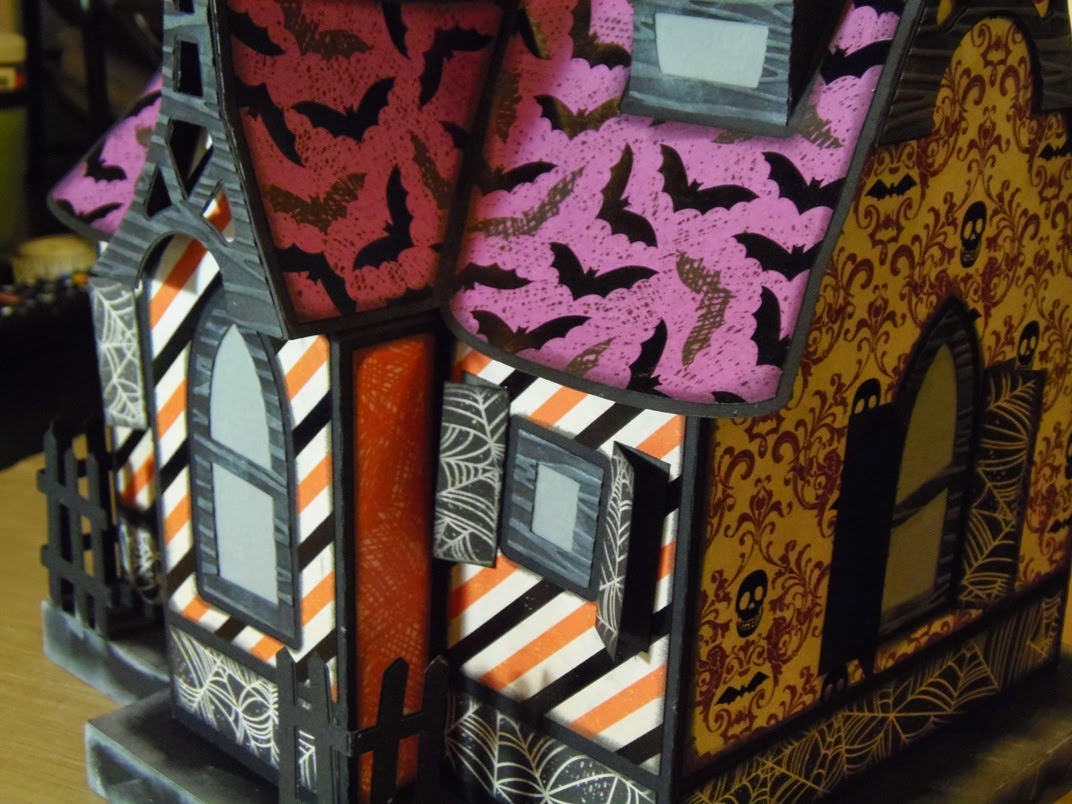 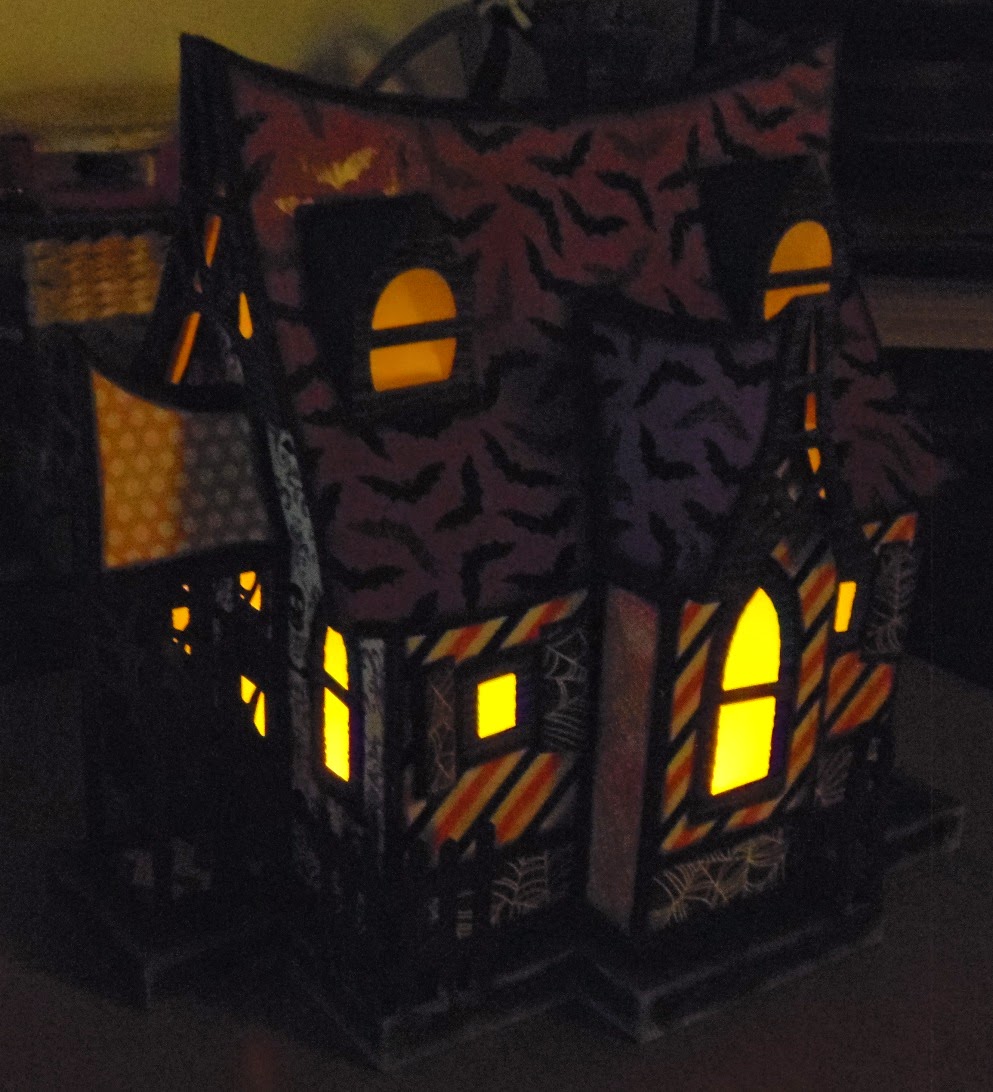 The roof comes off of both of the houses and you can use them as gift boxes or to hold candy, or you can put in tea lights.  The windows are made of vellum, so the light shines through.