I just loved the Christmas cracker box I made for my brother the other day that I wanted to make another one to have on hand.  I don't know if it will get used this year, but it is such a cute box and fairly easy to assemble so I just had to make another.  I made a matching card for it as well. 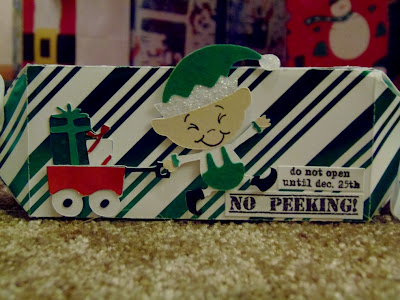 The box is cut using Tags, Bags, Boxes, & More 2 at 9."  I assembled it, but didn't glue the ends, I just tied them with ribbon.  That way if it does get used I can just untie the ends, slip in the gift and tie them back up!  The green striped cardstock is from the Evergreen Stack by DCWV.  I used Jolly Holidays for the little elf.  He is cut at 2 1/2."  I pieced him all together and added green flocking to his overalls and hat.  I also used diamond Stickles on his hat trim and gave him a Peachy Keen face.  The face didn't have a nose, so I gave him one by using one of the eyebrows.  The presents in his wagon are also from Jolly Holidays and cut at 1."  The presents are glued onto the box and the elf was adhered with pop-dots.  I used two stamps from My Craft Spot for the sentiments on the box. 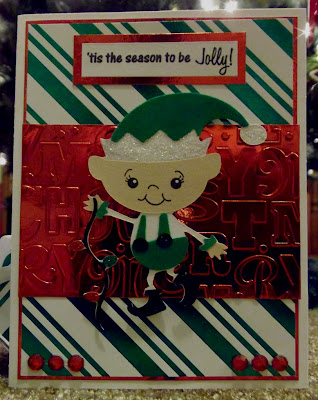 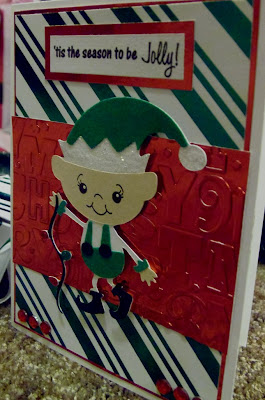 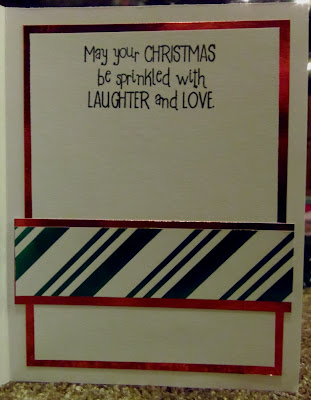