My mother requested a birthday card to send to her niece, my cousin, for her upcoming birthday.  My cousin plays soccer for her college and is a goalkeeper (GK) for the team.  My mother requested something in the soccer theme, using her team's colors or her GK jersey colors.  I made a shaped card using a GK jersey and gloves: 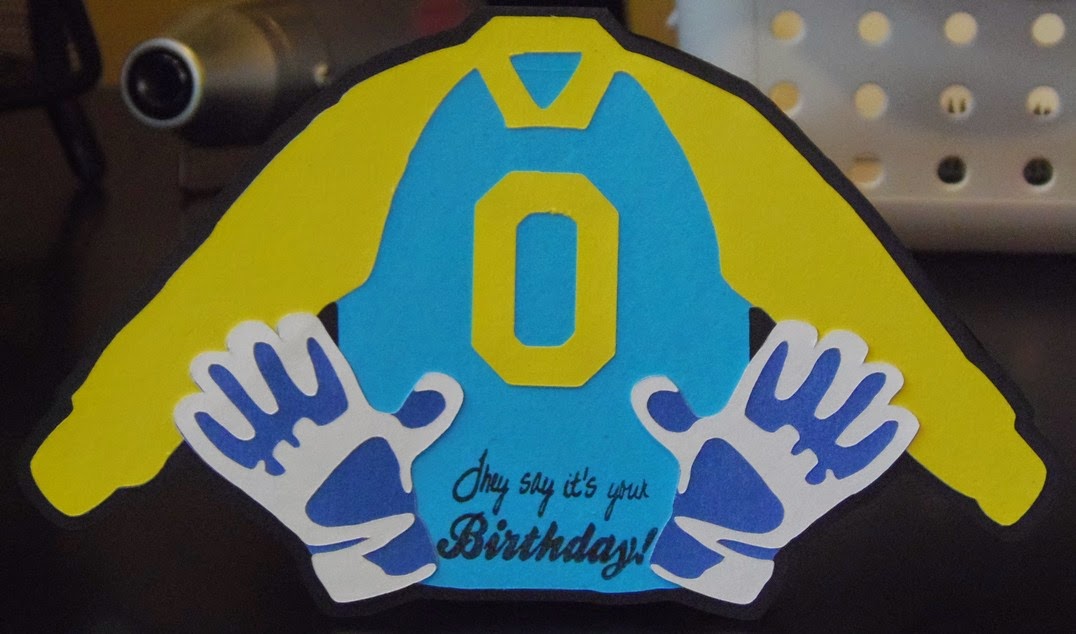 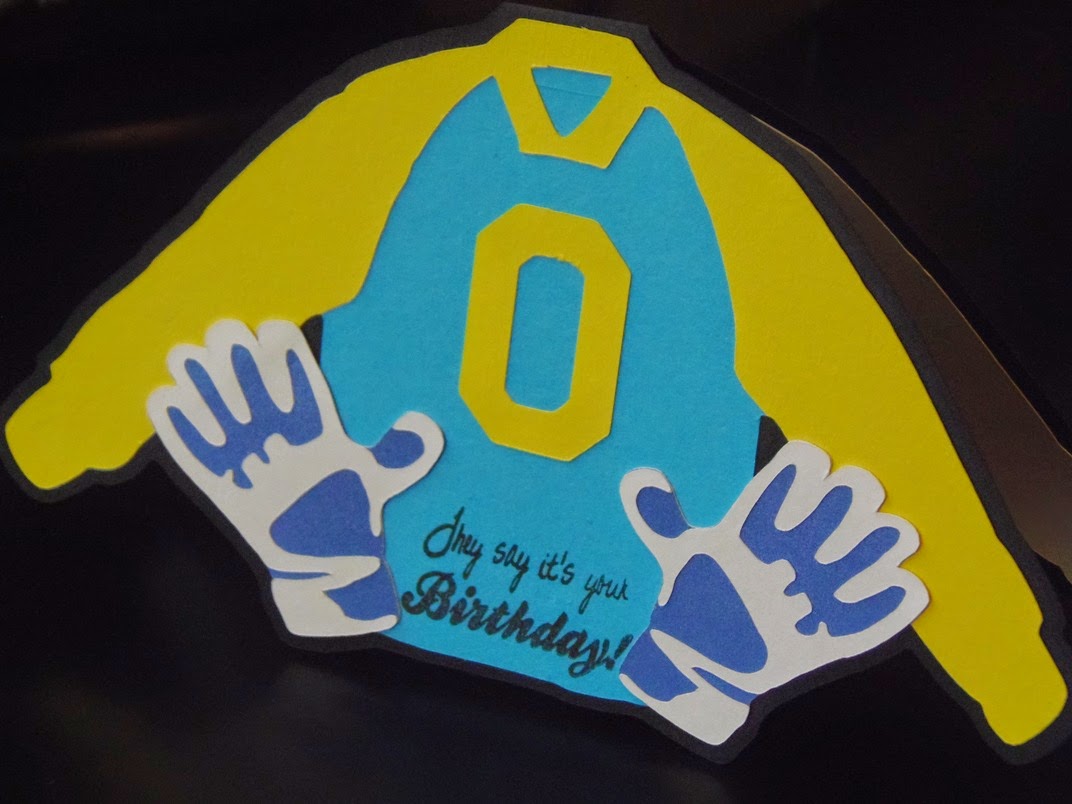 I used the "Soccer" Cricut cartridge for everything on this one, except the number.  The card base was created with the shadow feature and the long-sleeved jersey.  I used two of those images, one flipped, and welded them together to create the card base.  The images were sized at 4."  The turquoise part of the jersey was cut with the blackout feature and the yellow part with the basic feature.  I trimmed off some of the yellow part to fit with the look of her jersey better.  The gloves were cut at 2."  I also welded two of the shadow images of the gloves to the jersey before cutting the card base.  The number 0, which is actually her number, was cut from "Extreme Fonts."  It was the little league feature and it was cut at 1 1/2." 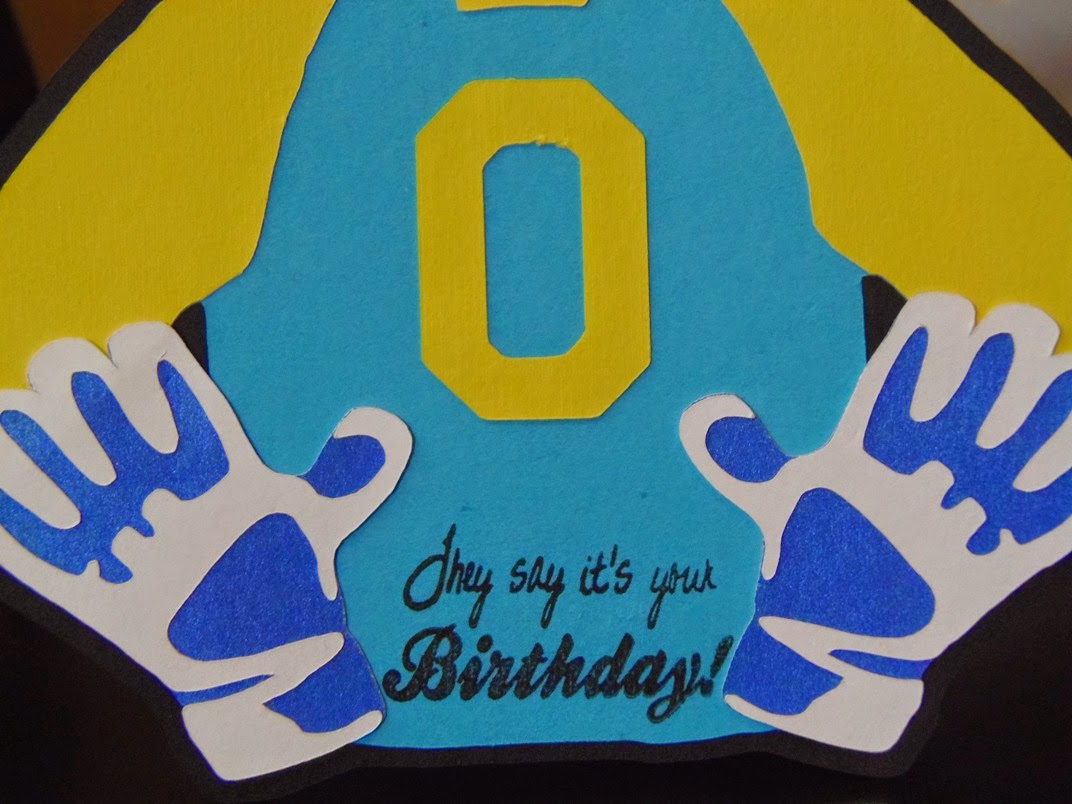 The sentiment on the front was created with two stamps from Scrappy Moms Stamps.  Both of the stamps were from the Hooray for Birthdays set. 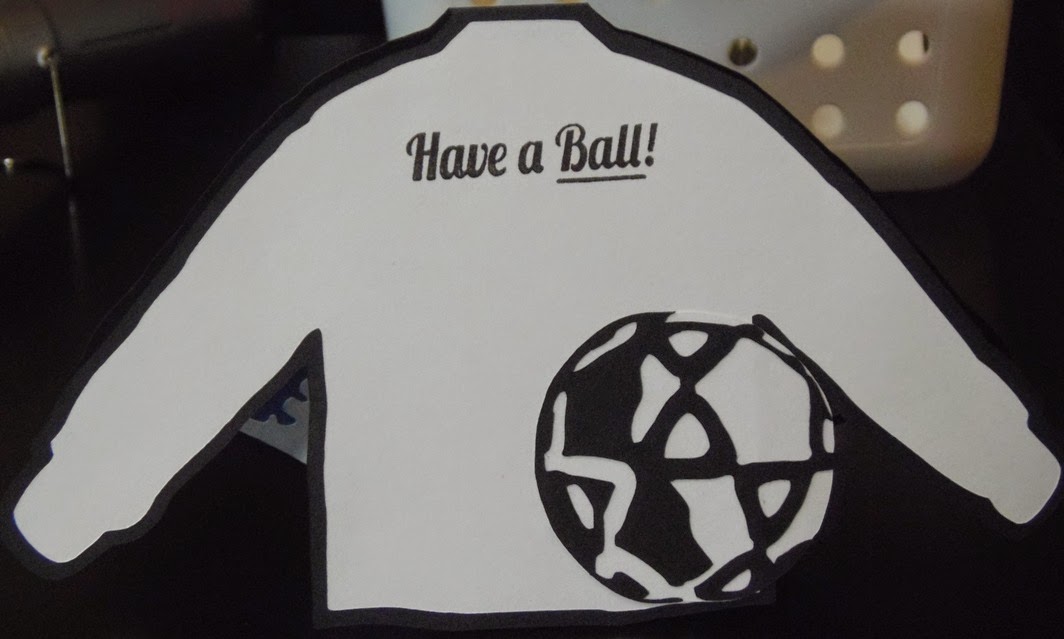 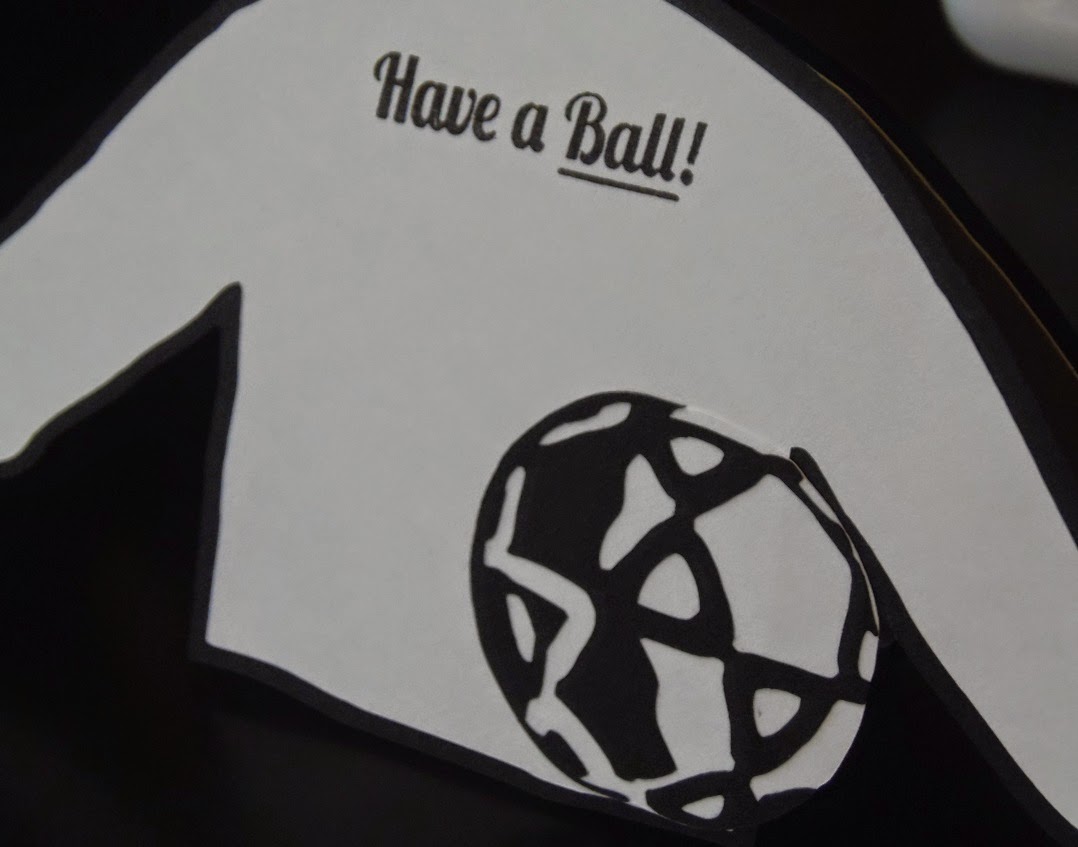 Since the card base was black I cut another blackout image of the jersey for the inside.  I also added a soccer ball, which was cut at 2."  It was also from the "Soccer" cartridge.  The sentiment is also from Scrappy Moms Stamps, but this one is from the Game Day set.

I am entering this card in the following challenges:
BBTB2: use any Cricut cut
My Sheri Crafts: project with a birthday theme
Red Carpet Studios: "Any Given Sunday" - sports theme
Posted by Paula Bee at 10:20 AM