I got a request from a friend of mine at work for a 50th birthday card.  I made two, like I usually do, to give her something to choose from.  The only specifics from her were that it have something to do with rock, since the recipient apparently is into hard rock music, and have the color black.  Here are the two cards I made for her to pick from: 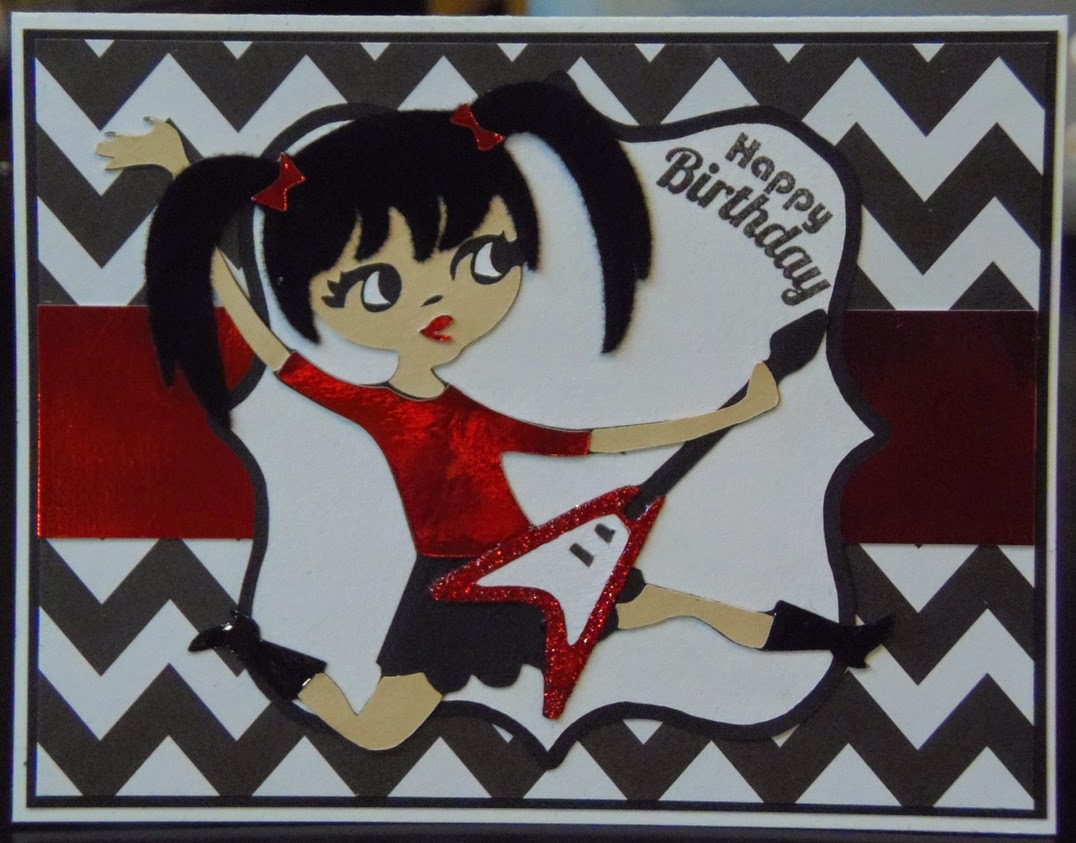 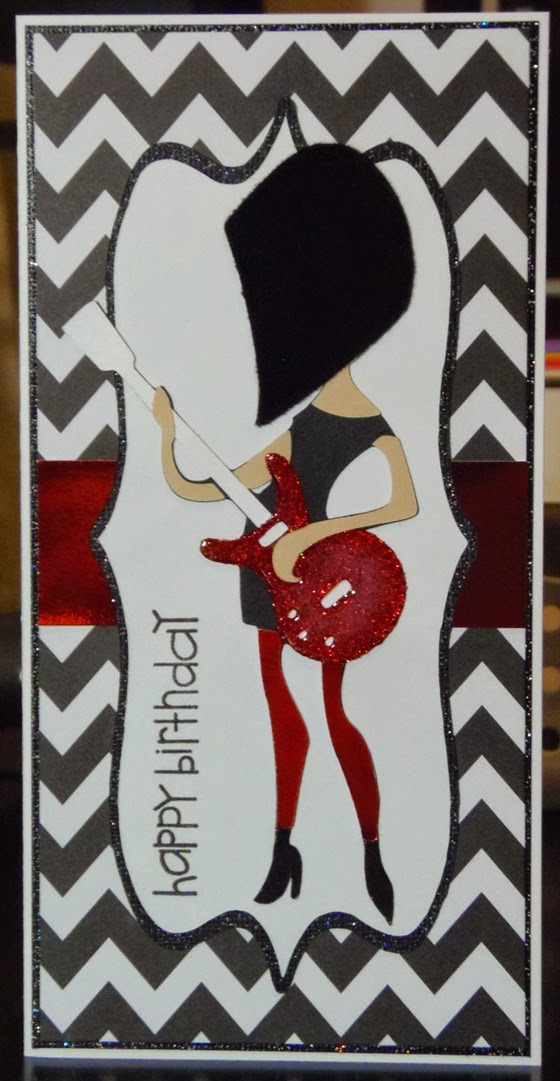 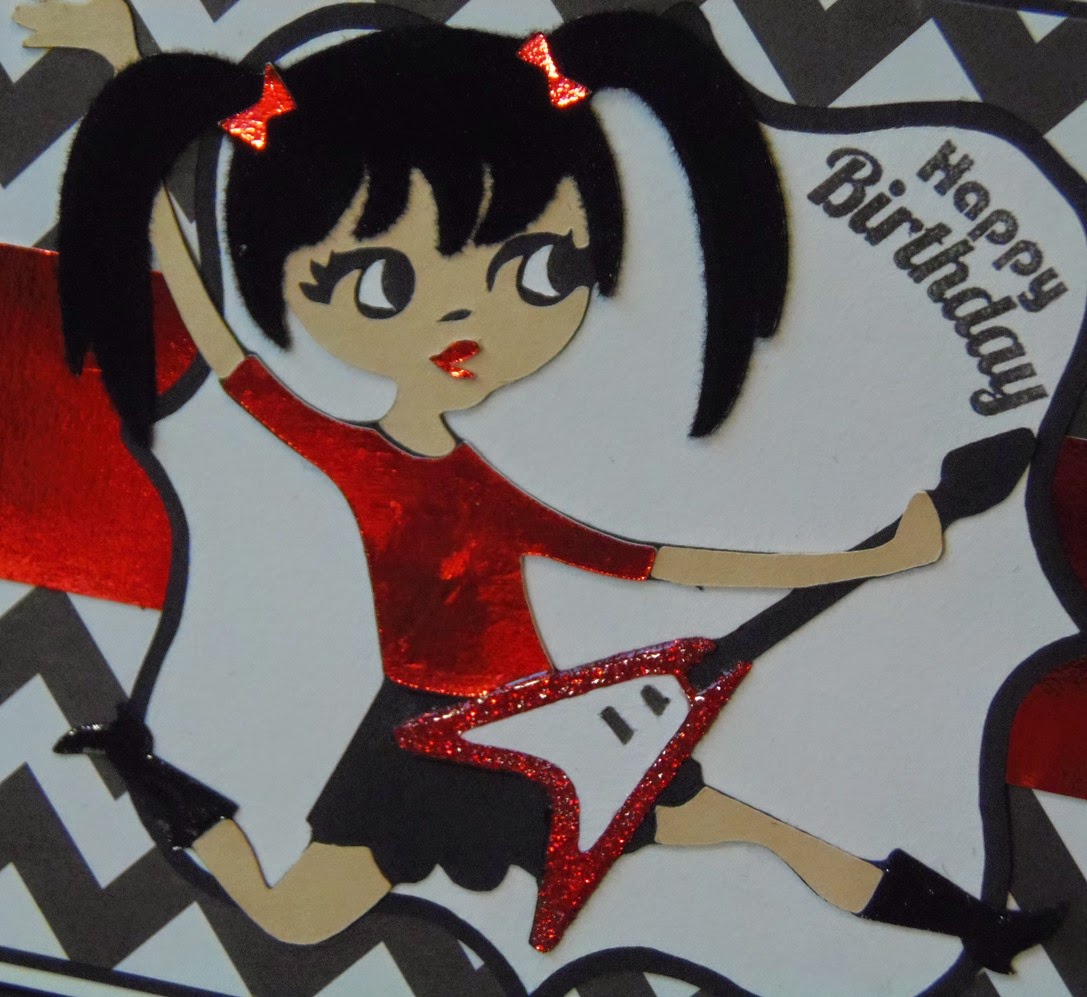 The girl is from the "Rock Princess" cartridge.  She can be found on page 34 of the handbook.  I cut her at 3 1/2."  Her hair is flocked and I covered the guitar in red glitter.  I then covered the glitter in glossy accents, I also covered her boots in glossy accents.  It wasn't until she was all pieced together that I realized she looked a little "Anime" with the black hair and big eyes, but I think it still works. 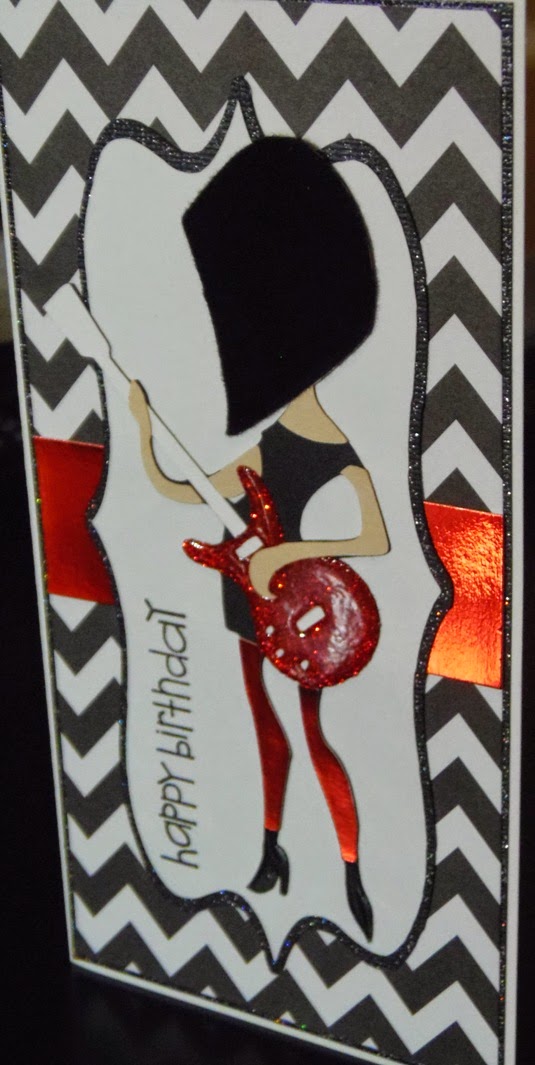 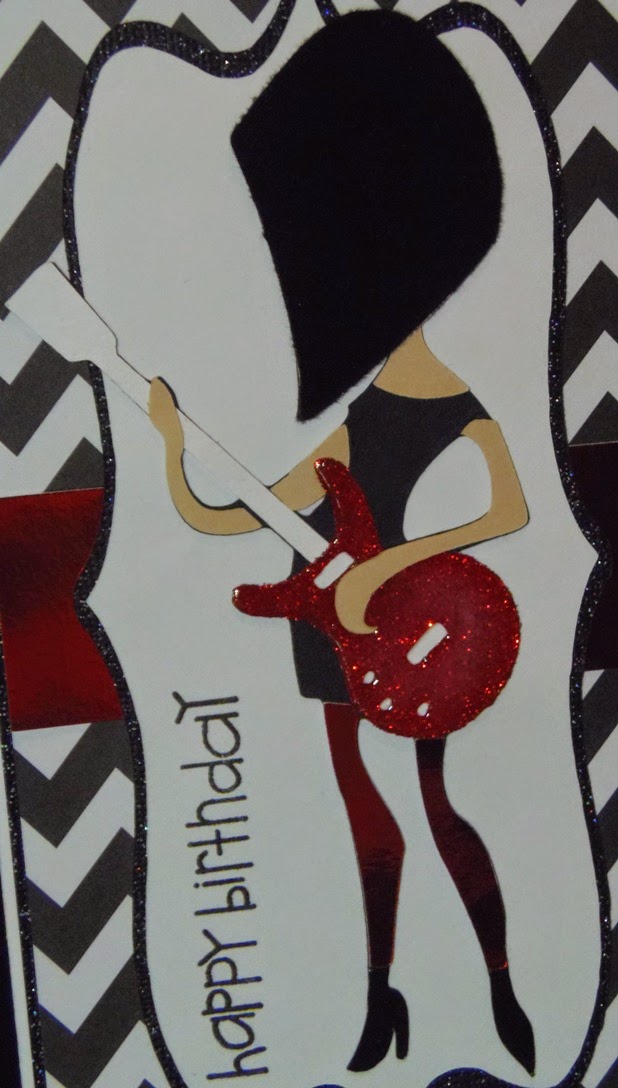 This girl is also from "Rock Princess," this one can be found on page 30.  I cut her at 6."  I flocked her hair and covered the guitar in red glitter.  I then covered the glitter and her boots in glossy accents.
Posted by Paula Bee at 9:17 PM