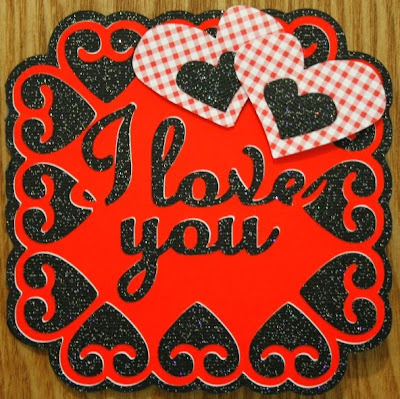 I've got a Valentine's shaped card for you today. It was made using Paper Lace 2. I welded two of the shadow images together using my Gypsy. The card is about 4 1/2x4 1/2." I then cut the inner layer twice, once in white cardstock and again in red vellum. I wanted the red vellum to be bright and vibrant, which I didn't get when it was laid on the glittery black cardstock of the card base. It looked really nice that way, just not what I was going for. I then used two Fiskars punches for the hearts. I punched the large ones from a red gingham paper and the small ones from the same glittery black cardstock as the card base. I used foam adhesive to adhere them to the card for some added dimension. 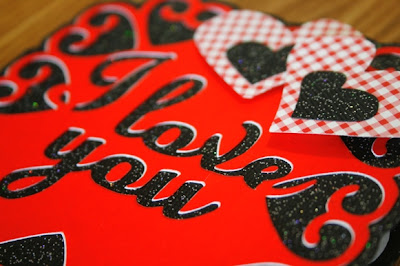