One of the challenge blogs I follow, Stuck On U Sketches,  is celebrating their 100th sketch!  How could I not play along this week?!  I used this sketch to created another layout for my Science Museum album, featuring the "Real Pirates" exhibit.
*Bonus: this layout also features some hidden journaling! 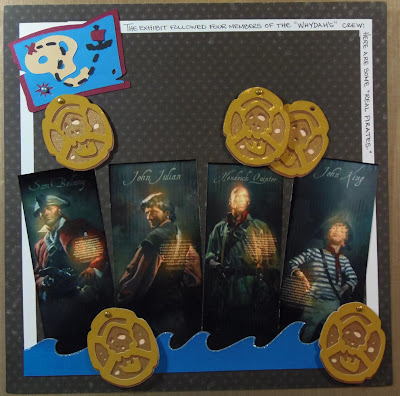 It is 12"x12" and I used some patterned cardstock from the Tahiti Beach Stack by DCWV for the background.  I created the frame in Cricut Craft Room.  I sized two squares using Cricut Craft Room Basics and layered one inside the other to create a frame, the larger square is 11" and the smaller one is 10 1/2."  I then welded in some waves from Life is a Beach to the bottom of the frame.  I cut another layer of waves for some color.  I added star dust Stickles to the waves for some shimmer.  My photos were printed and trimmed down to fit.  I adhered them so their bottoms were under the waves. 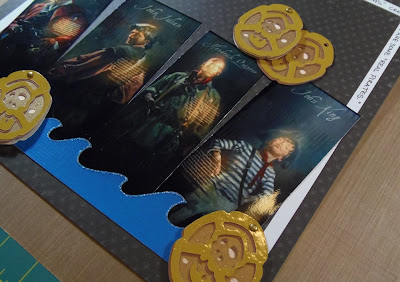 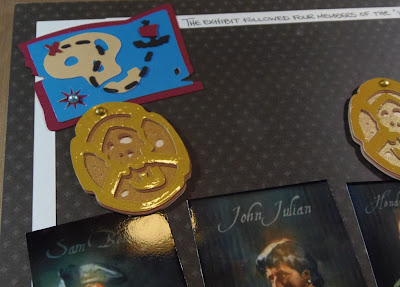 I used Pirates and Mermaids for the treasure map and the dubloons.  I cut the map at 3."  All the dubloons were cut at 2 1/2."  I added glossy accents to the lighter gold color, the top-most layer.  I created an additional layer under the dubloons where I printed some information.  I attached that bottom layer to the rest of the dubloon with a gold brad.  I did this for four of the dubloons.  The information on the dubloons is what is written on the photos, but that writing is really difficult to read, so this helps out.  I finished off this layout with a little journaling on the white frame.
Here you can see what the hidden jounaling looks like: 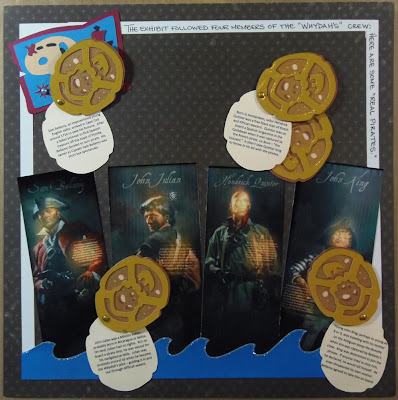