A friend of mine gave birth very early this morning to her second son.  I am so excited and just had to make her something.  Actually I have been waiting for her and her husband to decide what they were going to name him so that I could make a sign for his room.  I made one for his brother when he was born, so it only seemed fair.  I haven't made the sign yet, that will be coming soon though.  I decided to make her some onesies. 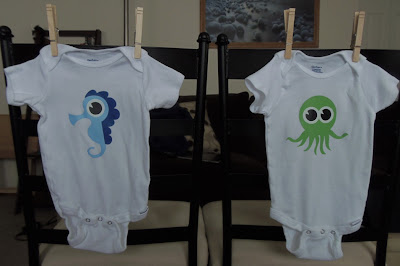 I just recently bought a Silhouette Cameo and have been playing around with it to get used to it, since it is quite different than the Cricut.  Well, these cute little sea life critters are from the Silhouette shop.  I sized them at around 4 1/2" and cut them out of heat transfer vinyl. 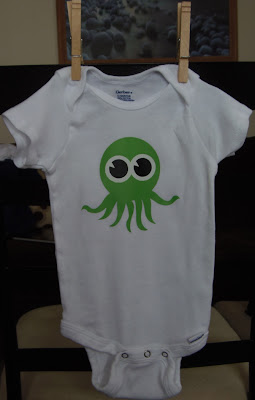 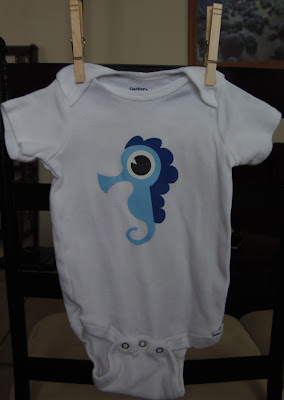 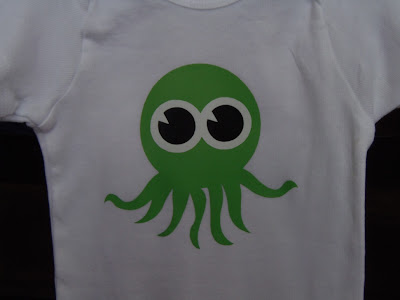 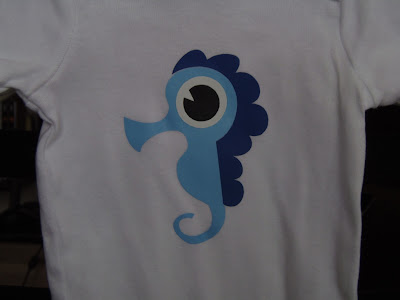 The white parts of their eyes are cut from glow-in-the-dark vinyl.  That was actually unintentional...I didn't realize it was glow-in-the-dark until I was starting to iron it on the onesie.  I think it will be a cute addition though.